Mother and baby turn to Salvation Army to avoid homelessness 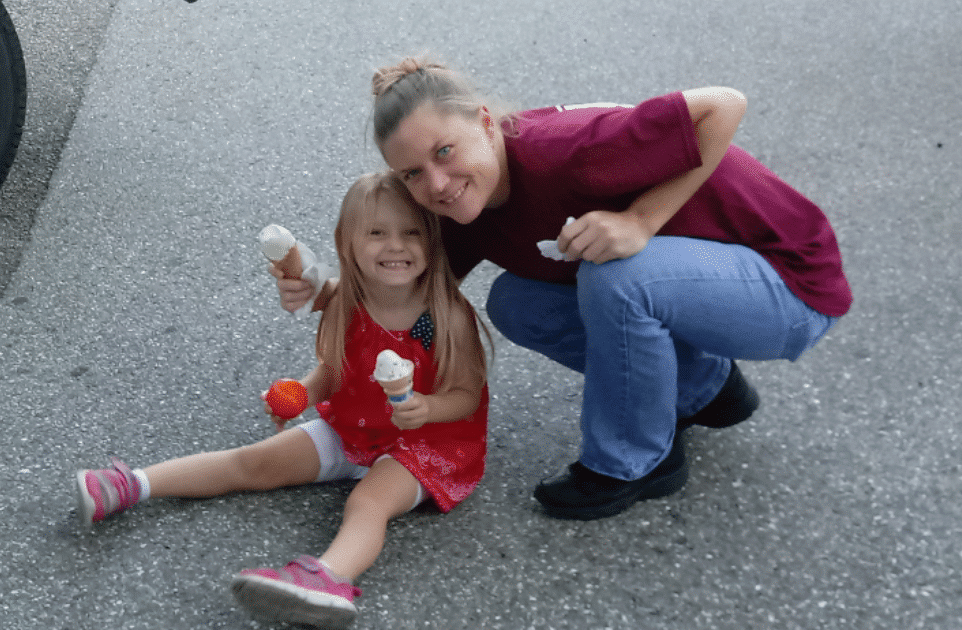 Unemployed, on probation, and without transportation, Hannah and her new baby came to The Salvation Army to avoid being homeless.

Over the course of eight months, The Salvation Army’s case managers helped Hannah find employment, obtain stable childcare, pay probation fees, file for child support, and pay past-due utility bills. Though her criminal record was an obstacle, she was also able to secure permanent housing for her and her daughter.

The next step on Hannah’s road to independence was to enroll in The Salvation Army’s Pathway of Hope initiative, which helps families break the cycle of generational poverty through extensive, long-term case management. Hannah was able to maintain housing and was eventually promoted to weekend manager at her job.

After a year and a half of making progress, Hannah’s live-in boyfriend began using drugs. The situation escalated to the point he locked her out of the home and changed the locks, leaving her and her young daughter homeless once again. The doors of The Salvation Army were still open for Hannah when she returned.

Back on track with her case managers, Hannah obtained a vehicle and began researching how to return to school. She was accepted into a Business Management and Analysis program at her local technical college. After being approved for a grant to help her afford tuition, she began taking classes just two months after returning to The Salvation Army.

With the help of case managers, and Hannah’s hard work and determination, she and her daughter moved out of transitional housing into a permanent home three months later.

Hannah attended classes six hours a day and only worked on the weekends to help maintain excellent grades. One of her classes introduced her to insurance management, and the rest is history. After completing school, she immediately reached out to a local college to continue her education to receive an Associate’s Degree in Risk Management and Insurance Services.

Hannah is still employed at her same job and has received several salary raises. Her flexible work hours help her balance school and taking care of her daughter. She recently renewed her lease for the second year and is well on her way to creating a bright future for her and her daughter.