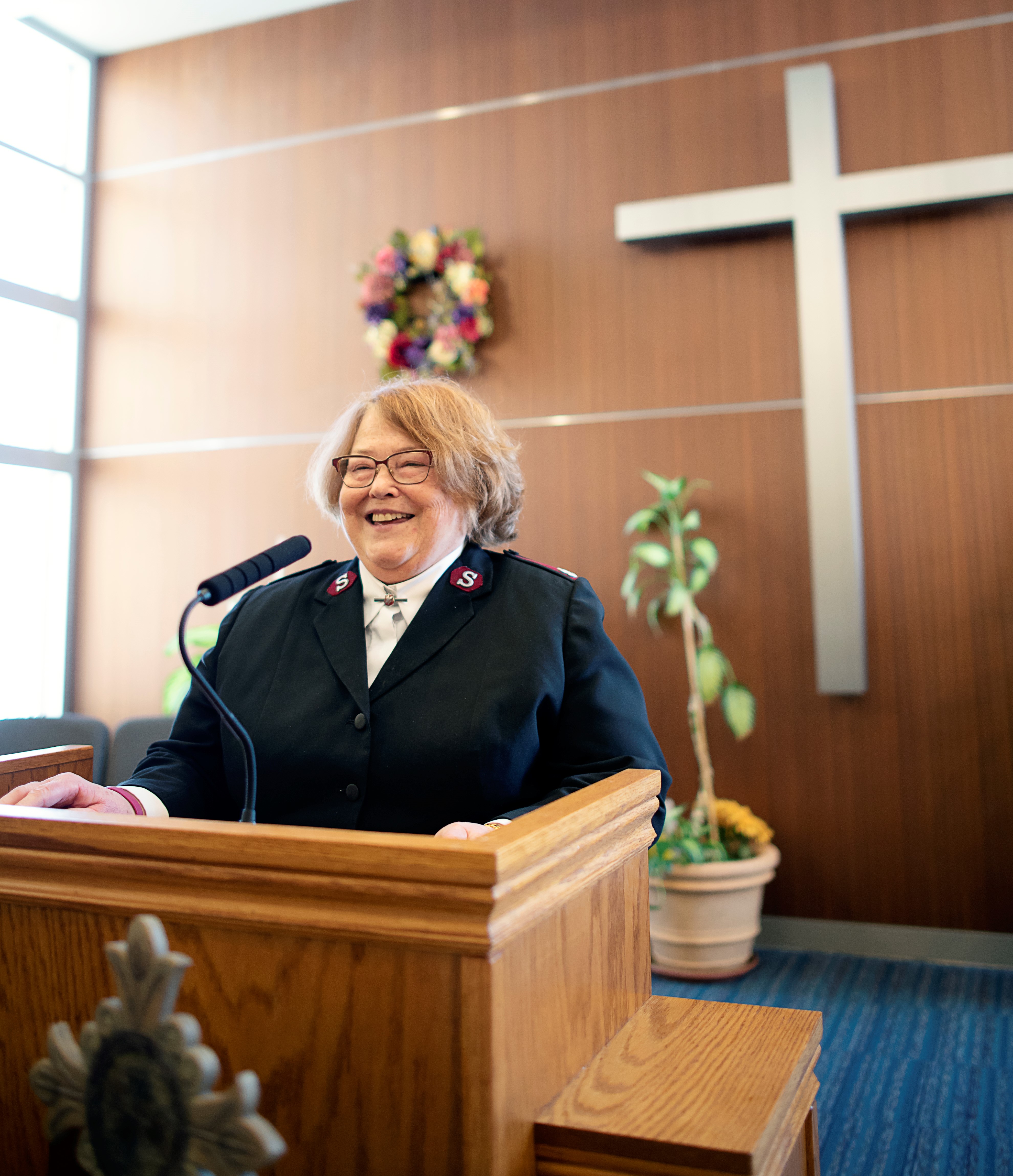 Major Donna Miller’s first impression of The Salvation Army as a teenager in Mason City, Iowa, wasn’t exactly a favorable one. “I thought they dressed funny,” she admits, referring to the officers’ military-style uniforms.

Despite her initial reservations, The Salvation Army became a spiritual home and a place of security, love and stability for Major Donna.

“I grew up on the wrong side of the tracks, and my family didn’t have much money,” she says. “My dad was the original Archie Bunker, and my mother got pregnant at 16.” After she began regularly attending church services at the corps and got involved with the youth meetings, Major Donna had what she describes as a spiritual awakening.

Major Donna finished high school, graduated from a junior college in Omaha and then enrolled in officer training school. During her more than four decades of service, she has held 12 appointments - including social services officer, administrative officer and corps officer - and has served in a variety of locations, including Peoria, the Twin Cities, Milwaukee and Detroit.

During her time at the Salvation Army’s Harbor Light Recovery Program at the Macomb Campus in Clinton Township, Michigan, Major Donna connected with Melissa Murray, who was enrolled in the addiction recovery program after being released from prison.

“I am so grateful to her for sharing the love of Jesus with me,” Murray said recently in a video tribute in honor of Major Donna’s retirement. “Major Donna significantly changed my life.” Today Murray is 19 years clean and sober and employed as a chaplain and recovery coach at Harbor Light Macomb, the same place she was rehabilitated.

In 2016, Major Donna came to Council Bluffs as a corps officer, where, three years later, she was instrumental in organizing flood relief operations in hard-hit Hamburg, Iowa.

“The minute I talked to Major Donna on the phone, I knew we were in good hands,” recalled Hamburg resident Elaine Howard. “She explained what the Salvation Army could do for us, she prayed for us, met with us daily and made sure Hamburg citizens had plenty of water and food. We so appreciated her prayers and presence.”

After 43 years of service, Major Donna will retire from her position as corps officer in Council Bluffs at the end of May. Of all the places she’s served, she says Council Bluffs has been one of the most welcoming.

“I’ve met a lot of people in a lot of places over the years, and the people here are different,” she acknowledges. “They are willing to stop and really listen. They are willing to try to do everything they can to help. People feel welcome in this place. That’s Council Bluffs.”

Congratulations to Major Donna Miller on 43 years of faithful service to The Salvation Army. We wish you blessings and much joy and peace in all your future endeavors!