Harding’s Markets on Thursday presented a check for $15,987.85 to The Salvation Army’s Red Kettle Campaign. All the money raised came from Harding’s customers that gave through contactless donation options throughout December. Harding’s and The Salvation Army have partnered the last two holiday seasons with an emphasis on new and easy ways to donate.

Checkout lane conveyor belts at six southwest Michigan Harding’s stores were outfitted with QR codes for Salvation Army red kettles imprinted on patented covers called MessageWrap®. Customers checking out could make a simple donation by scanning the QR code, visiting the website listed on the conveyor belt, or by rounding up their purchase to the nearest dollar at the register.

All of the funds donated are staying within the same zip code as the location of the Harding’s in which they were given. Based on the locations of the stores – Bangor, East and West Main in Kalamazoo, Parchment, Plainwell and Wayland – The Salvation Army in Benton Harbor, Holland and Kalamazoo are benefiting. All three corps will use the funds for year-round programs and services.

Six participating Harding’s this year was an increase from two stores in 2020. Wayland and West Main in Kalamazoo were a part of the trial run last year when $9,225.44 was raised.

“We’re extremely thankful for our partnership with Harding’s, Mol Belting Systems and Handstand Innovations, and the more than $25,000 it has raised the last two years,” said Major Glen Caddy, Divisional Commander for The Salvation Army of Western Michigan and Northern Indiana. “We were excited to expand into more stores in 2021 and broaden our reach. As The Salvation Army continues to seek easy and safe ways of giving, this partnership will allow us to continue to do the most good in our communities.”

“Harding and Hill is proud to partner with The Salvation Army,” Mike VanderLind of Harding’s said. “With the need greater than ever, we are thankful for our loyal customers for being so generous this holiday season. All of the money donated is staying local and will be used to positively impact the lives of our vulnerable community members.”

MessageWrap® was invented and created by Handstand Innovations LLC in collaboration with Mol Belting Systems, one of the nation’s leading conveyor belt manufacturers. Both companies are based in Grand Rapids.

The funds donated through the contactless avenues are in addition to those monies given to a red kettle at Harding’s stores through Christmas Eve. 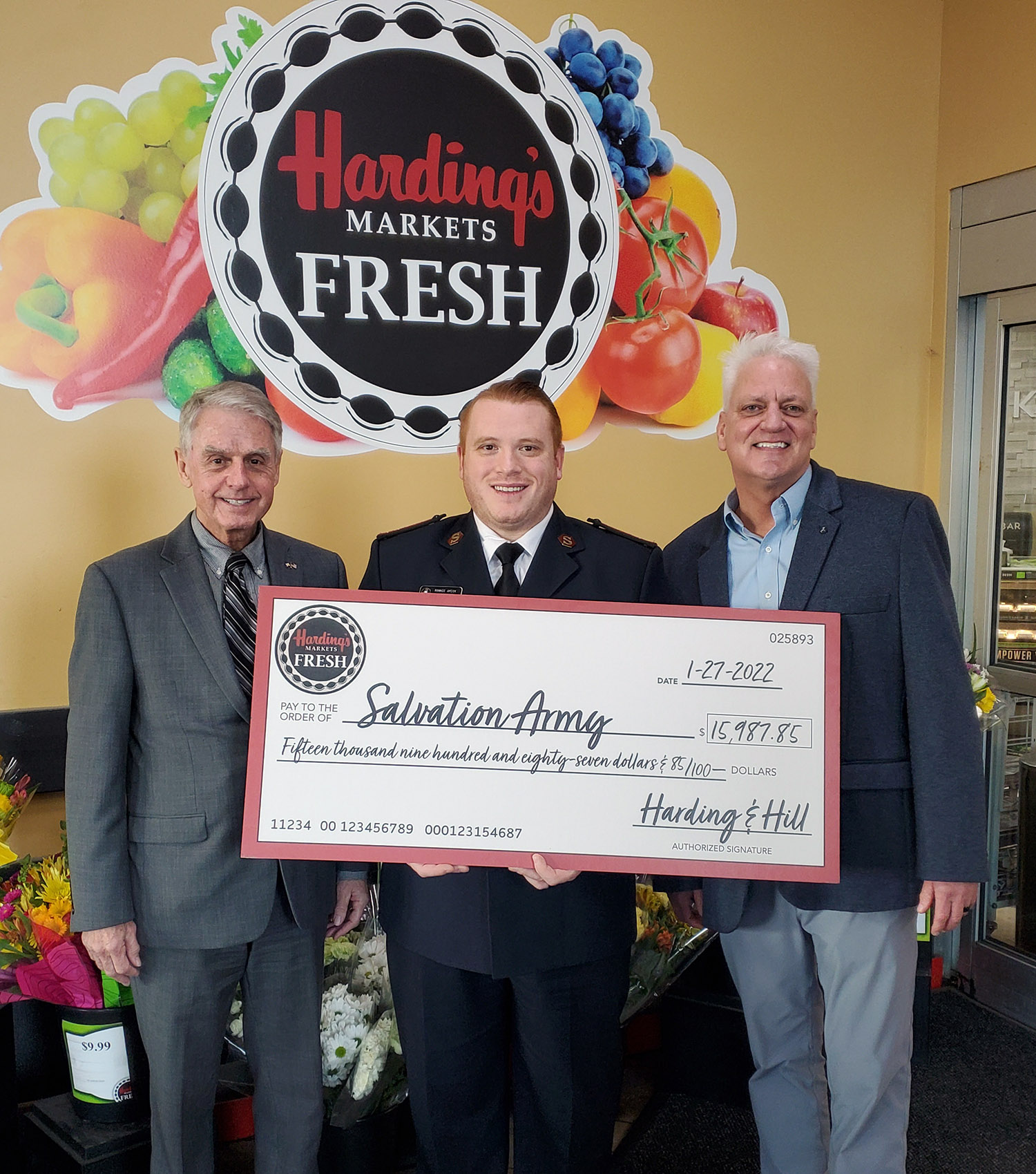