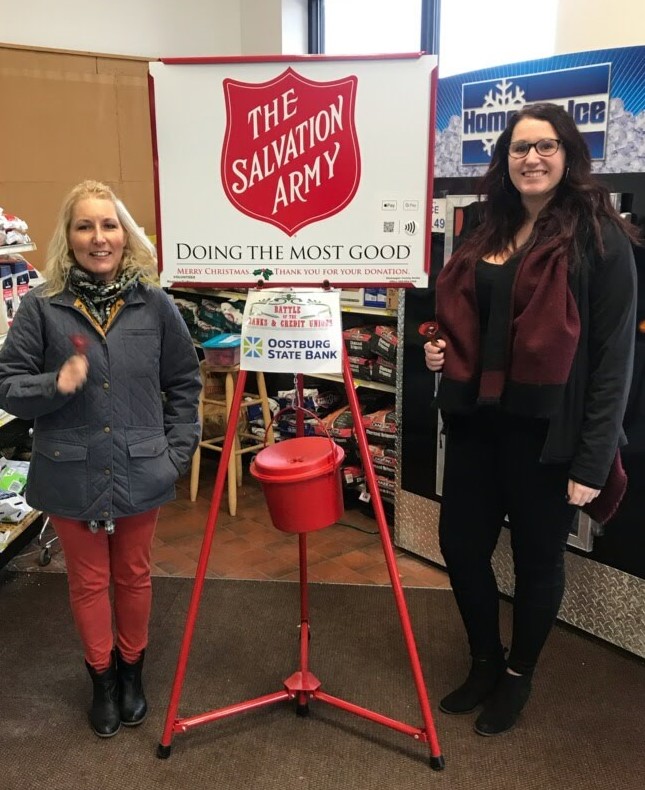 SHEBOYGAN, WI (December 6, 2019) On Wednesday, December 4 staff from six area financial institutions participated in the annual Battle of the Banks & Credit Unions. In just one day this friendly competition raised $3,309.73 to support the social service programs offered to the community by The Salvation Army. Staff members from each financial institution gave it their all by ringing, singing, and spreading Christmas cheer. However, it was the newcomer, Oostburg State Bank, who won by raising $1,270.69 while ringing at the Piggly Wiggly in Oostburg, Wisconsin.

2019 Battle of the Bank Participant Totals

The Christmas season is the largest source of funding for The Salvation Army, with the money received supporting services provided to the community year-round. The Christmas fundraising goal for 2019 is $595,000, of which $150,000 of that is expected to come from donations placed in the red kettles. The community is encouraged to sign up for a volunteer shift at www.registertoring.com or by calling 920-694-1268.