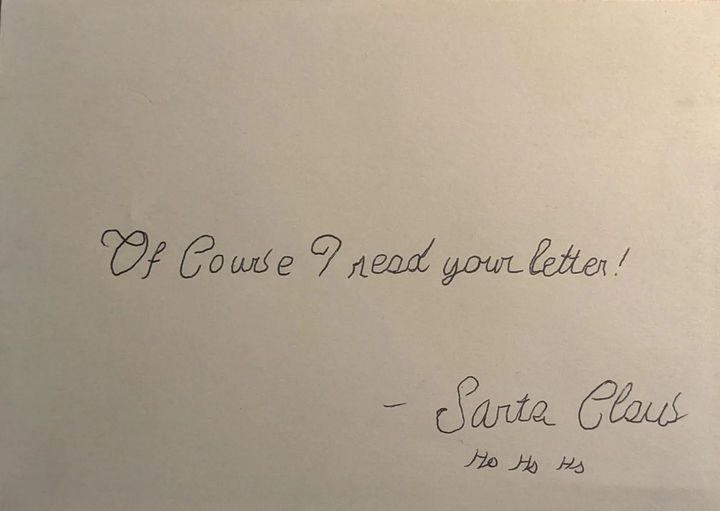 We had the chance to follow up with mom after Christmas and she shared: “He was so excited when he woke up Christmas morning to see his new bike under the tree now adorned with a set of training wheels. A smile from ear to ear lit up his face as he read the letter from Santa.” She continued, “There is just something about being heard - you all went above and beyond to let my little man know Santa heard him and read his letter.”

She expressed how “it took an army of angel to band together to save Christmas for my son.” In a season where I was unable, you all made sure we had a Christmas none of us will soon ever forget. Thank you.”

A moment in time perfectly orchestrated by a God who loves through “an army of angels to banded together.” An Army of donors, staff, and volunteers who cared enough about the needs of their community to be a small part of this kids Christmas miracle.

During Angel Tree distribution, we missed distributing a bike, we contacted mom and explained the situation. She said that she can come pick up the bike, but her son will be with her, and she didn't want to ruin the magic of Santa for him.

"He asked Santa for a bike this year, so he is going to be so excited."

We helped her create a story: "Santa had a special gift for them that was too big to fit in his sleigh, so he needed to give it to him early."

As the bike is rolled out to the car, we notice the kid in the backseat crying, which we all thought was for joy. We get to the car and the kid said, "Santa didn't read my letter! I said I need a bike with training wheels, I don't know how to ride that kind of bike."

Well, I can't have a kid believing Santa didn't read his letter! So, we went out and bought him training wheels. Now on Christmas morning he will find training wheels and a note that reads, "Of course I read your letter. - Santa Claus."

Maybe, we will help keep the spark of awe and wonder alive in him one more year. Maybe, mom will know that there was an Army that cared for them enough to #lovebeyond this Christmas. 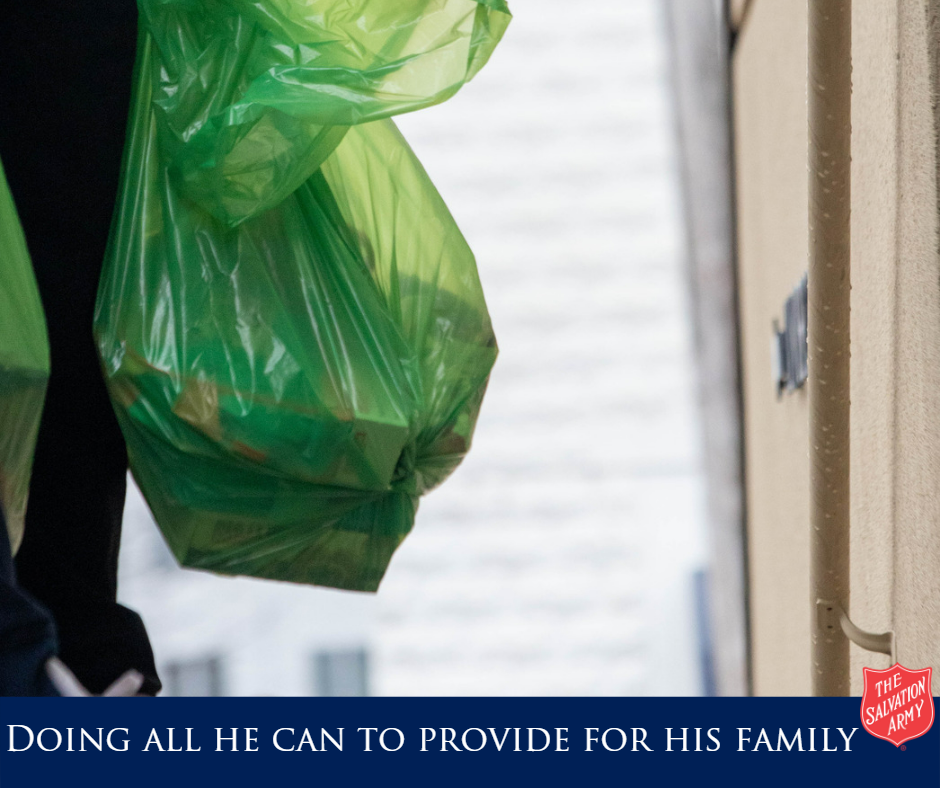 He is a father who takes pride in providing for his family, he has put gifts under the tree for over 15 years. Money isn’t there like in years past, inflation has cut into their personal finances deep - what can you do when the cost of everything goes up, but your pay stays the same.

Here he is, a father trying to do all he can to provide for his family. He calls The Salvation Army, but he is late, it is already December, Angel Tree sign-ups ended weeks ago. Staff take his information and share "we will place you on the waitlist and if resources become available, we will give you a call,” in the meantime we take all the information we need for him and the boys.

That same evening it is becoming clear, due to the outpouring of community generosity, we, The Salvation Army, will be able to provide for everyone on our waitlist and so staff and volunteers stay late and begins to call the families on the wait list.

The phone rings, the caller ID says, “The Salvation Army Bloomington Indiana,” the call he has been waiting on is now lighting up his phone. Thanks to the generosity of his community, he will be able to provide Christmas for his boys. Through broken English, but in a language we all seem to understand, he weeps with gratitude knowing that he has indeed done all he can to provide for his family. 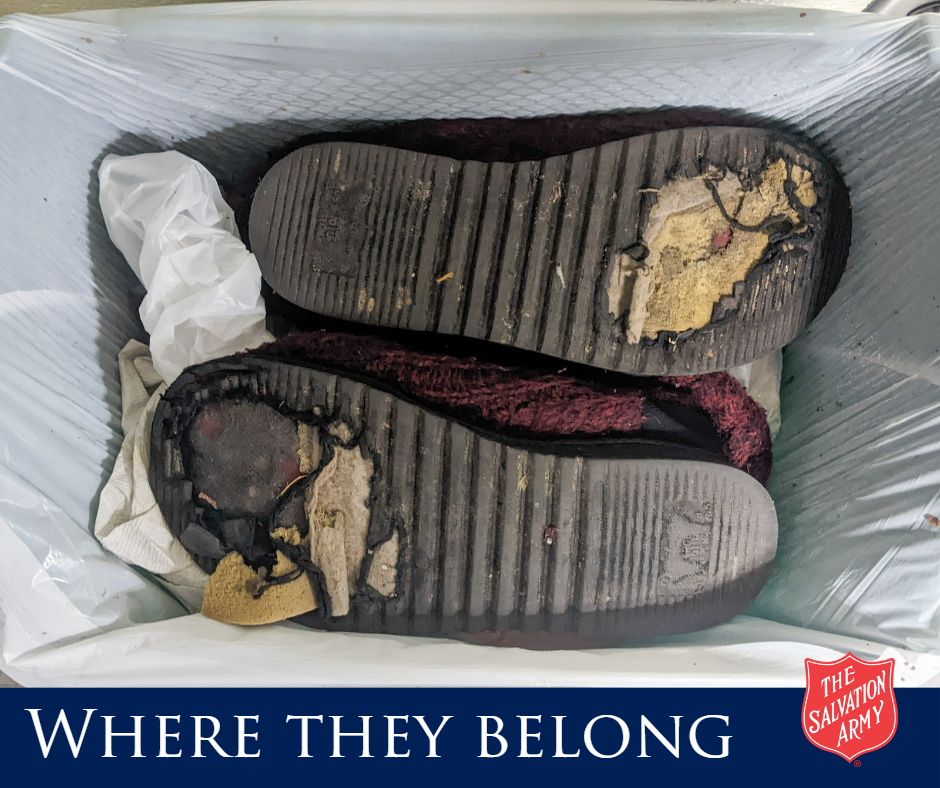 A young lady, as weathered as the shoes she wore, came into The Salvation Army of Bloomington looking for a coat. She is nervous and it took a lot of convincing to get her into the building. As a young homeless woman life has been hard and her trust for institutions is low. However, it's cold and she needs a coat, and we have coats. She talks with our director of social services, and he notices her boots. He comments "those look like they are pretty worn out." She replied, "yes, but they are the only shoes I have right now."

A donor recently dropped off a pair of women's shoes she was adamant we couldn't sell in our thrift store. "They have to be given to someone who needs them." These types of donations can be difficult as they have to be for the right person at the right time - but these shoes were meant for a specific person.

Our director of social services asks, "what size shoe do you wear?" She answers and would you believe it, a perfect fit for just those shoes. With a fresh pair of socks, she slides into her new shoes while adorned with her new coat and prayer of blessing she walks out the door. Her old boots now rest, where they belong.

Who knows, maybe, just maybe, we helped begin to build a bridge of trust that in time, when she is ready, she will cross that bridge. When she does, we will be ready to meet her need in Jesus name whether it is shoes, a coat, food, or a home. We will be there.

What we do know is that God in his perfect wisdom orchestrated through an exchange of shoes, from donor to The Salvation Army to client: a story of His love for us.

The language of home

During food pantry hours we had Ukrainian refugees come in for services. This isn't the first time that we've served Ukrainian refugees, but it is the first time that we served this particular family. The mother and son enter the building paired for a language barrier, as the mom has a translating app up on her phone. As mom meets with our director of social services her son hangs out with one of our volunteers, this particular volunteer has a passion for learning languages and is everything you would expect a grandmother to be.

The volunteer and the boy, strike up a conversation as she attempts to learn numbers in his language. He's excited to teach her, but the language barrier was rather severe. However, this volunteer is determined, as she pulls out her phone and opens Duolingo. The boy lights up with excitement as he hears his language and can share in a brief moment with someone, in this big new country, who cared enough to learn his language. The language of home. These moments will never find themselves on a stat line, but we believe will forever be how he remembers The Salvation Army. 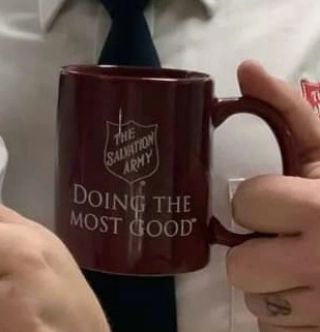 Jeff was just waking up from last night's sleep. He had found cover under the entrance to our thrift store, a pretty regular spot for many in his situation. I (Captain Vinal) had just finished making a fresh pot of coffee for church that morning and grabbed the first clean mug I could find. Across the parking lot I went to give him a fresh cup of coffee - in a real mug.

When you spend so much time drinking from Styrofoam a real mug is a big deal.

We chatted for a moment about The Salvation Army and his time as a beneficiary at one of our recover centers, he shared that he wanted to go back to rehab, he needed to go back. His life was not where he expected it to be, I imagine we all can understand that feeling, but he was ready to do what he needed to forge a new path forward. We made arrangements for that afternoon to have his intake appointment at a Salvation Army recovery center. I assured him that I could get him to the center as soon as he was done with intake and by tonight, he could be sleeping in a bed. I walk back inside, but Jeff stayed near the thrift store drinking his coffee.

He never showed for that appointment, but the mug is gone. I believe the mug will serve as a fresh start for Jeff. Maybe one day this week, maybe a year from now, he will see the mug and remember The Salvation Army was there, is there, and will be there again when he is ready.

A family came in today for help with food pantry, a distraught mother on the verge of tears with the thought that she couldn't afford to throw her daughter a birthday party. Today was the day of her daughter's fourth birthday, but mom, rather than home blowing up balloons and hanging up streamers, is at The Salvation Army, trying, but struggling, to do everything she can to provide for her family. She came in hoping to find food. She was desperate, sad, and defeated.

"I mean what kind of mom can't throw her daughter a birthday party..."

What she is about to discover is, just yesterday someone donated a birthday cake to the pantry, and this morning we received some fresh ice cream, oh also we have avocados at perfect guacamole ripeness - which means that need to be eaten soon or they are hog feed. Paired with a few bags of tortilla chips normally kept in the pantry and this family leaves The Salvation Army ready to throw a party. 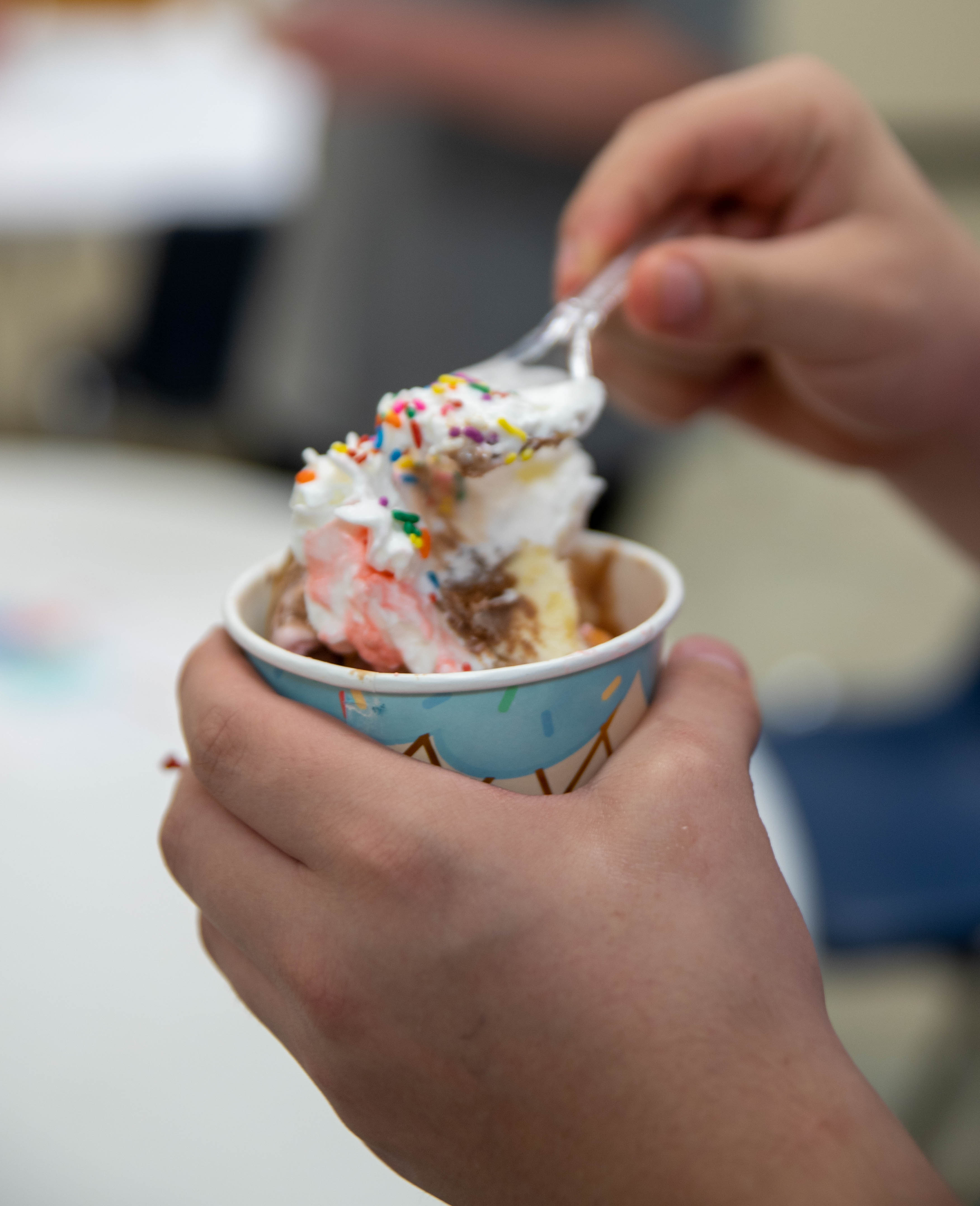 She walked in desperate, sad, and defeated. She leaves ready to party. We also met some other needs, but nothing compares being able to help a family throw a birthday party for their daughter.

I think God does these things more often than we realize. He is working through seemingly random birthday cakes, to orchestrate the story of His overwhelming love for us.