The Salvation Army will Celebrate a Milestone with its 30th Annual Bed & Bread Club Radiothon:

16-hour Radiothon will air on Feb. 24 on News/Talk 760 WJR from Emagine Theatre in Royal Oak 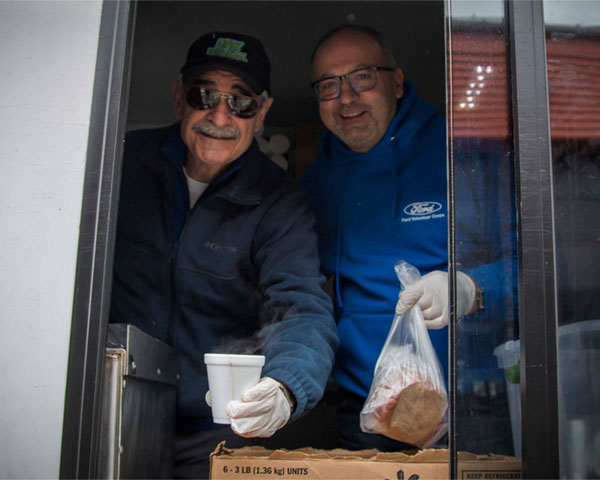 The Salvation Army of Metro Detroit will celebrate its 30th Annual Bed & Bread Club® Radiothon Presented by Ford Motor Company Fund from 6 a.m. to 10 p.m. on Friday, Feb. 24. The fundraiser will broadcast live on News/Talk 760 WJR from Emagine Theatres in Royal Oak.

Throughout the 16-hour broadcast, WJR hosts Paul W. Smith, Frank Beckmann, Guy Gordon and Mitch Albom will speak to local and national celebrities and musicians, civic and business leaders sharing their support for The Salvation Army. Jim Vella, president of Ford Motor Company Fund, will join the Radiothon as a special guest host beginning at 2 p.m.

Dick Purtan, Bed & Bread Club® chairman and retired Detroit radio Hall of Famer will once again lead the broadcast from 6 to 10 p.m. His daughters, Jackie and Joanne Purtan, along with his former “Purtan’s People” cohorts will join the radio legend during the final hours of the broadcast.

“This milestone anniversary of the Radiothon is a testament to the generosity of our corporate partners, the community, volunteers and staff of the Bed & Bread program,” said Major Russ Sjögren, general secretary and metro Detroit area commander for The Salvation Army Eastern Michigan Division. “Their dedicated support has allowed The Salvation Army to provide millions of meals and nights of shelter to those in need for more than 30 years. We give special thanks to Ford Motor Company Fund for stepping up as our presenting sponsor and leading the corporate giving charge.”

Supporters can donate now through the end of the 16-hour Radiothon by:

“While Detroit is making progress in its economic turnaround, there are still too many people suffering from hunger and homelessness in our neighborhoods.” said Vella, who is also a member of The Salvation Army National Advisory Board. “There is no better time for our community to join together and contribute to a proud tradition that helps people from all walks of life.”

This fundraiser is the primary source of funding for the nonprofit’s Bed & Bread program and is the largest single-market, single day radio fundraiser in the country. Since 1988, the Bed & Bread Club® Radiothon has raised more than $32 million to help those in need. In 2011, the fundraiser moved stations and began broadcasting from News/Talk 760 WJR and has been the home of the Radiothon ever since.

“WJR is honored to host the trigentennial anniversary of the Bed & Bread Club® Radiothon. Our team understands how great the need is within the community and encourages our listeners to make an impact by donating to The Salvation Army,” said Tom O’Brien, general manager of News/Talk 760 WJR.