“What is God Asking You To Do With What You Have?”

My experience on the Bed & Bread Truck

For many of us, the notion of enjoying our golden years comprises sunny cruises, time spent with grandchildren, and sleeping in on a whim. Retired life is supposed to reflect the summation of a life’s work – and for Lou Jermont, it is a continuation of decades of generosity and kindness. At least twice a month, the retired UPS logistics manager volunteers on The Salvation Army’s Bed & Bread truck to provide nutrition to some of the most vulnerable people in Detroit. Lou is also one of this year’s recipients of AFP Detroit’s Distinguished Volunteer Award for his volunteer work with The Salvation Army. I had the privilege this past week of working alongside Lou on the truck and hearing some of his story. 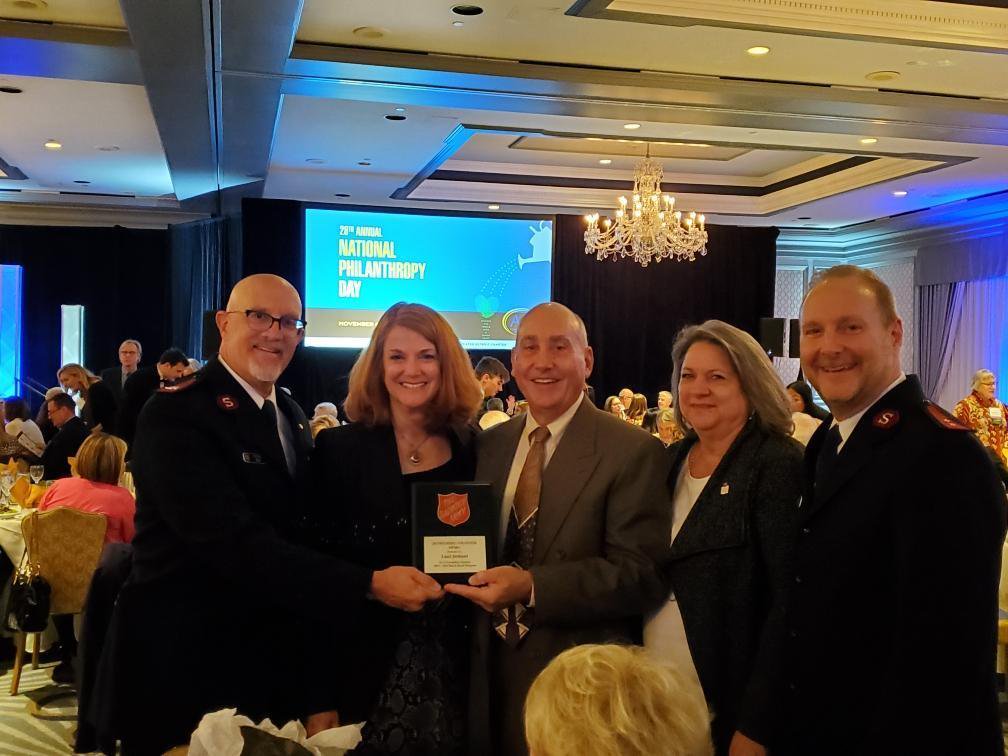 Our morning begins with us packing sandwiches (prepared earlier that morning by a group of volunteers) into baskets while the driver, Greg Taylor ladles steaming soup into foam cups. I find myself far outclassed by Lou, who has been volunteering on the truck for 3 years and packs sandwiches into neater, tighter rows twice as quickly as I do. He has been retired from UPS for over 20 years, but his attention to detail and his penchant for tidiness are undiminished. In between stops while we sit and talk, he’s breaking down spare boxes and reviewing the efficiency of how we cover the route. When I ask him why he decided to get involved in helping the community, he says,

“It’s one thing to write a check, it’s another to go and see where that check goes and what it does for people. I always ask myself, ‘What is God asking you to do with what you have?’ The Bed & Bread truck allows me to give back in such a direct, personal way.

As we head to our first stop, a few people attempt to flag us down. Greg cannot stop the truck on busy roads, but when we’re halted at a red light, we’re able to give a man food through the window. “Careful out there,” Lou tells the man. When we reach our first stop, a small line of people is already waiting; each day, there are families in Detroit waiting for the Bed & Bread truck to bring the only full meal they will eat for the day. We pull up, and Lou slides the window open. The first person in line, an elderly woman, wishes us a good morning. “Good morning, young lady,” Lou grins. “How are you?” While I’m trying to just keep up with filling cups of hot chocolate and replenishing our sandwich supply, Lou is in his element. He smiles and chats with everyone and gets rewarded with some smiles in return. Lou has an ability to make the moments with our patrons personal and authentic while he moves them through the line steadily. Nobody waits for long. Most people are polite and thank us especially for the soup and hot chocolate, precious bits of warm relief on a cold November day. After we leave the first stop, Lou says, “We try to give extra when we can, but I’m always mindful of the people at our end-of-day stops. I don’t want to short them. Greg and I try to treat everyone equally – we’re not here to judge their motives. They are at the truck for a reason.”

Throughout the day, Lou and Greg banter like old pals, which they are. After three years of working on the truck together, they gel perfectly as a team. They have the same goal: feed as many people as possible and treat them as kindly as possible. I listen as they poke fun at each other or discuss the Lions. Occasionally, their talk turns to more sobering topics: the increased need they see in the community, the addiction that one of the truck’s regulars is fighting, the poignancy of small children waiting by the street and asking if it would be okay to have just one more sandwich. Lou shares a few more stories with me: a wheelchair-bound teenager in the past summer who could hardly speak from a disability (he drank three cups of water so quickly it made Lou afraid that he might get sick) and a man last winter who came to the truck wearing grocery bags on his feet (Lou came back to the stop that same evening with a pair of his own boots and gave them to the man). Lou is gracious for me in recounting details of his work, but he doesn’t romanticize it. “My first few times on the truck were tough,” Lou tells me, “because they were so heartbreaking. But I love doing this. I actually get more from this than I give because I get to see firsthand the difference I am making for the people who need it most. When I retired, my wife and I decided on which organizations we were going to support. One of them was The Salvation Army. But I am so glad to not just send a donation, but give my time, too. Both are needed.” 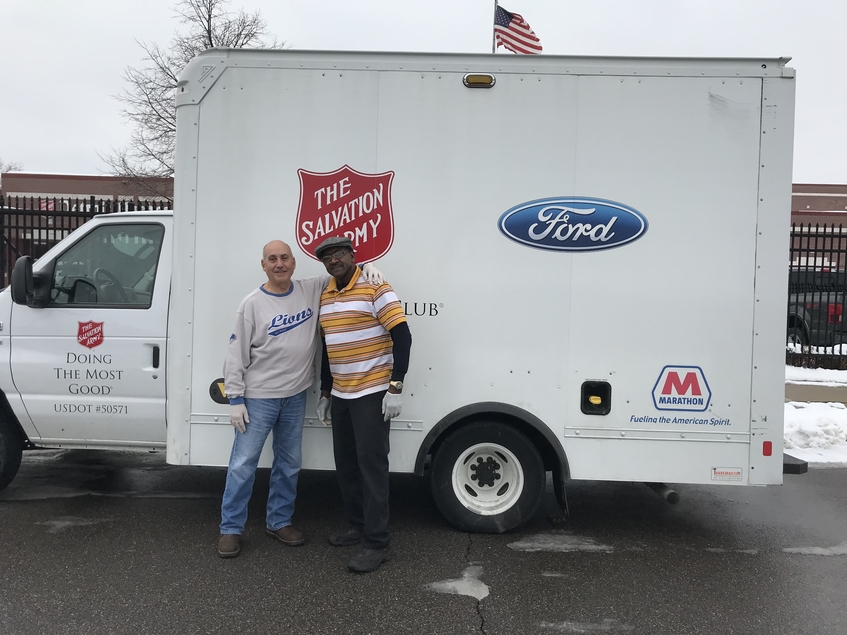 Lou and Greg, a few minutes before the truck route begins.

Our day rolls on, and we serve more people. When a man in the midst of substance abuse approaches the truck, Lou speaks clearly and tries to make direct eye contact with him; later, he gently asks a woman with two purpled eyes how many sandwiches she needs. There is a realness on the Bed & Bread route, a clear depiction of The Salvation Army’s mission in action: people in unimaginable circumstances, with few options and fewer resources, receiving, at some point in their day, a helping hand. Outside of the noise of life’s seemingly important distractions and demands, honest work is being done through the hands of a neighbor who has decided to listen to God’s call.