Plymouth Kiwanis Club Does the Most Good for Families in Need 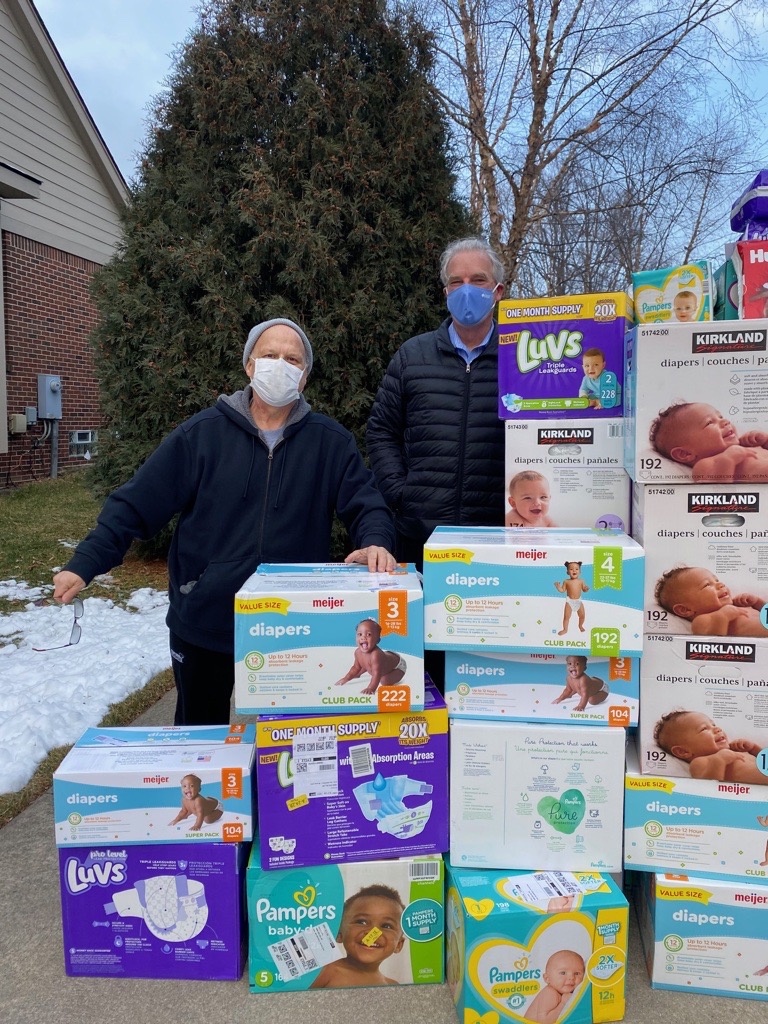 Since 1967, the Plymouth Kiwanis Club have been loyal volunteers for The Salvation Army of Plymouth Corps Community Center. Over the years, the Club has held canned food drives, backpack fundraisers and rang bells during the annual Red Kettle Campaign to help those in need throughout the Plymouth community.

This past year was no exception to the extreme generosity of the 80-member group, led by Jack Schwartz. In December 2020, Kiwanis Club members set a goal to collect 5,000 packs of diapers to help families in the community. When donations came in faster than expected, the group set and exceeded their stretch goal – collecting more than 15,000 packs of diapers, diaper wipes and a small monetary donation. The Club had gathered so many diapers, it took three Ford F-150s to transport them to The Salvation Army for distribution to local families.

Concurrently, the Kiwanis Club scheduled nearly 50 members for its annual Red Kettle bell ringing weekend. The Plymouth group took over five Red Kettle sites and set forth to collect funds to help support The Salvation Army’s critical programs and services. In just 20 hours of bell ringing, the Plymouth Kiwanis Club raised a record amount in their kettles: more than $25,000 in two days!

“This year was different – COVID changed things,” says Paul Penney, Plymouth Kiwanis Club member. “Many people would stop at the bucket to share a story about how they’ve been helped. This year, however, there were a lot of folks who said they were once a donor and now they’re on the receiving end because of the pandemic.”

Paul says people still donated even if they only had a little to spare. “It renews how you feel about society – that they’re willing to help out in a great time of need.”

April 2021 is National Volunteer Month. All month long, truly all year long, The Salvation Army Eastern Michigan Division recognizes, celebrates and thanks its incredible volunteers for their commitment, dedication and support to help Do The Most Good. Check out our volunteer opportunities to get involved!