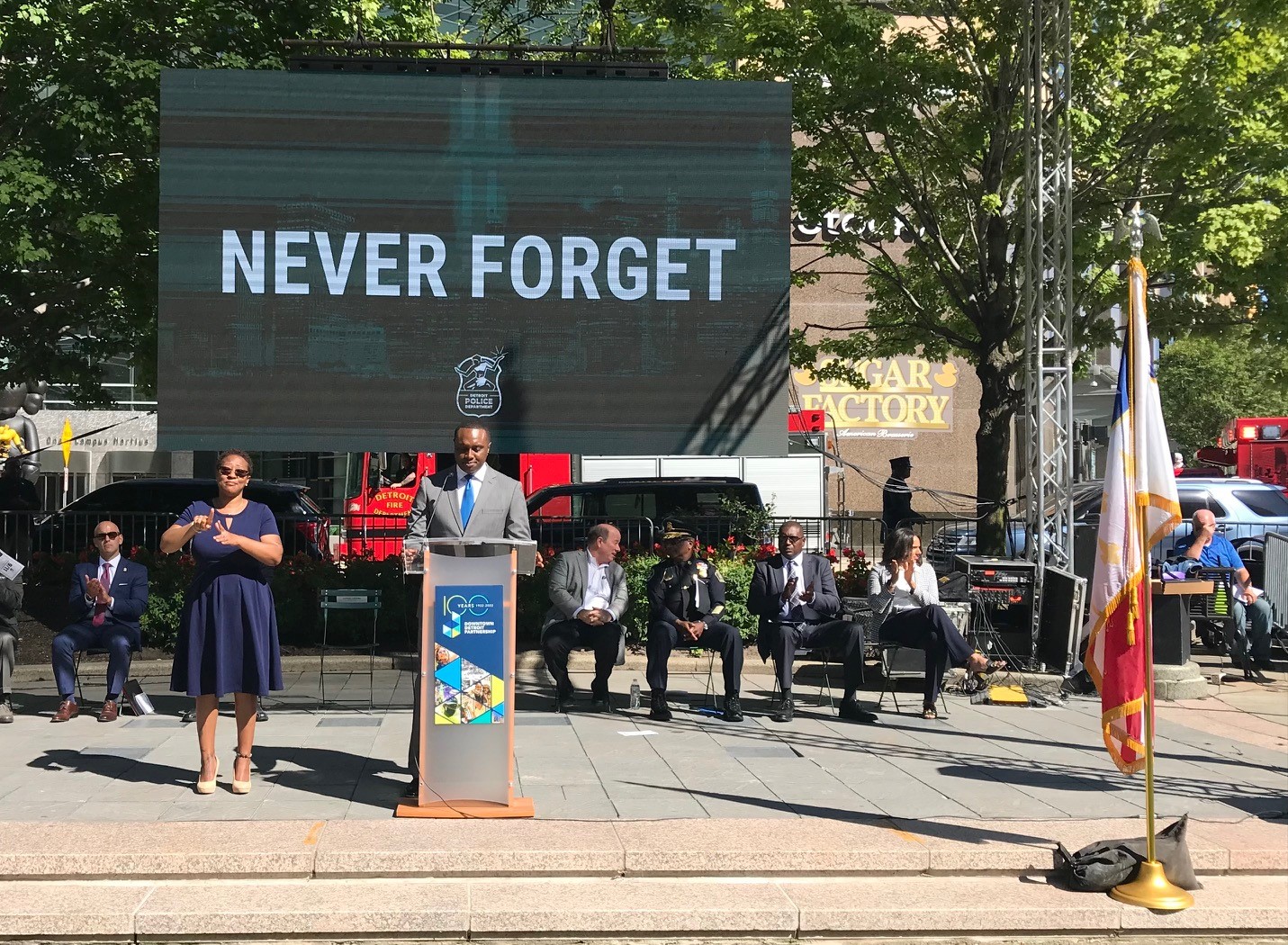 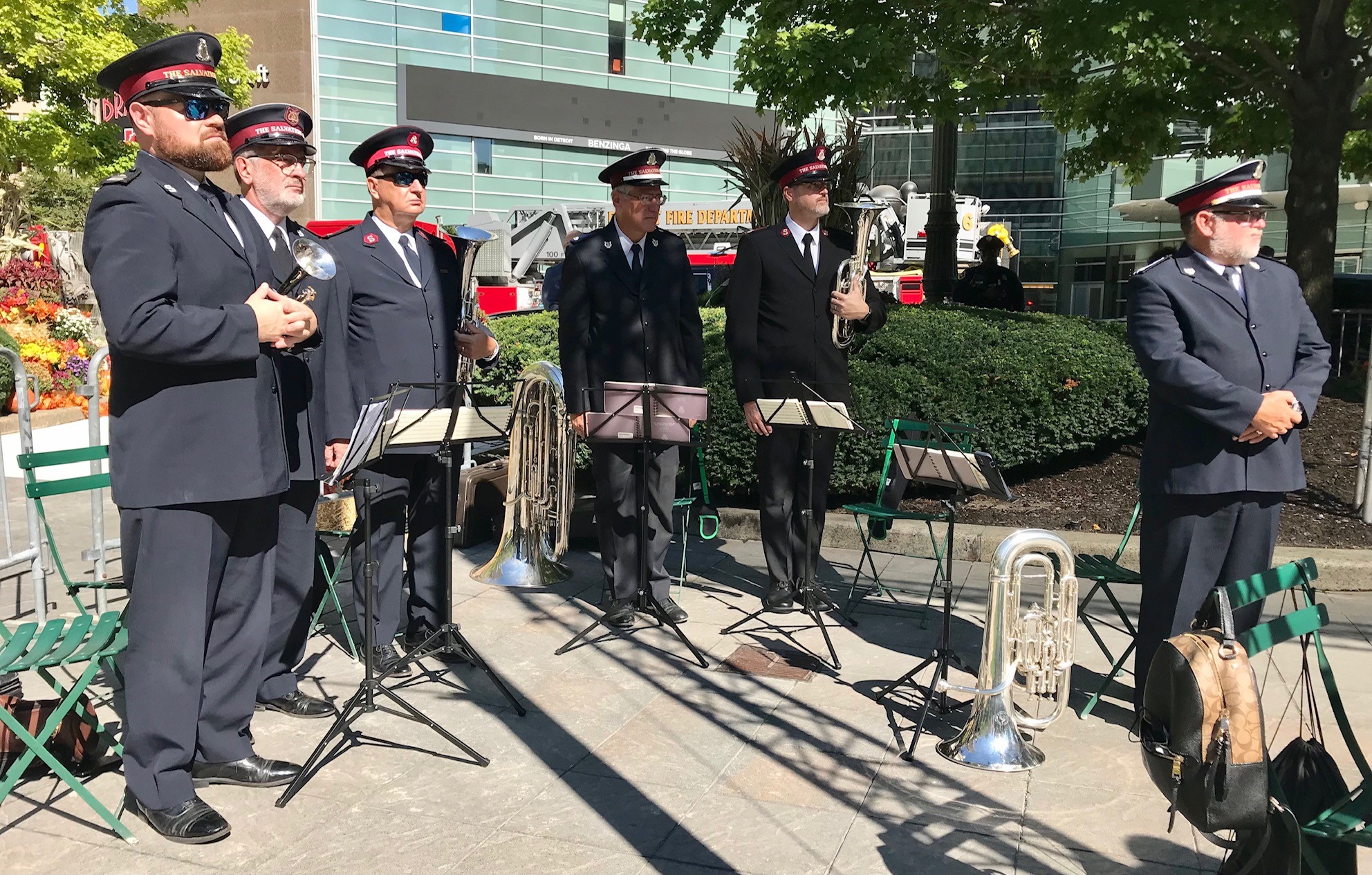 A Presentation of Colors was presented by the Detroit Police Department Color Guard with remarks by Detroit leaders such as Council President Mary Sheffield. Detroit Fire Chaplain, and former Salvation Army EDS Director, George Aren, shared his memory of serving first responders in the days and weeks after 9/11. He also provided the Benediction. 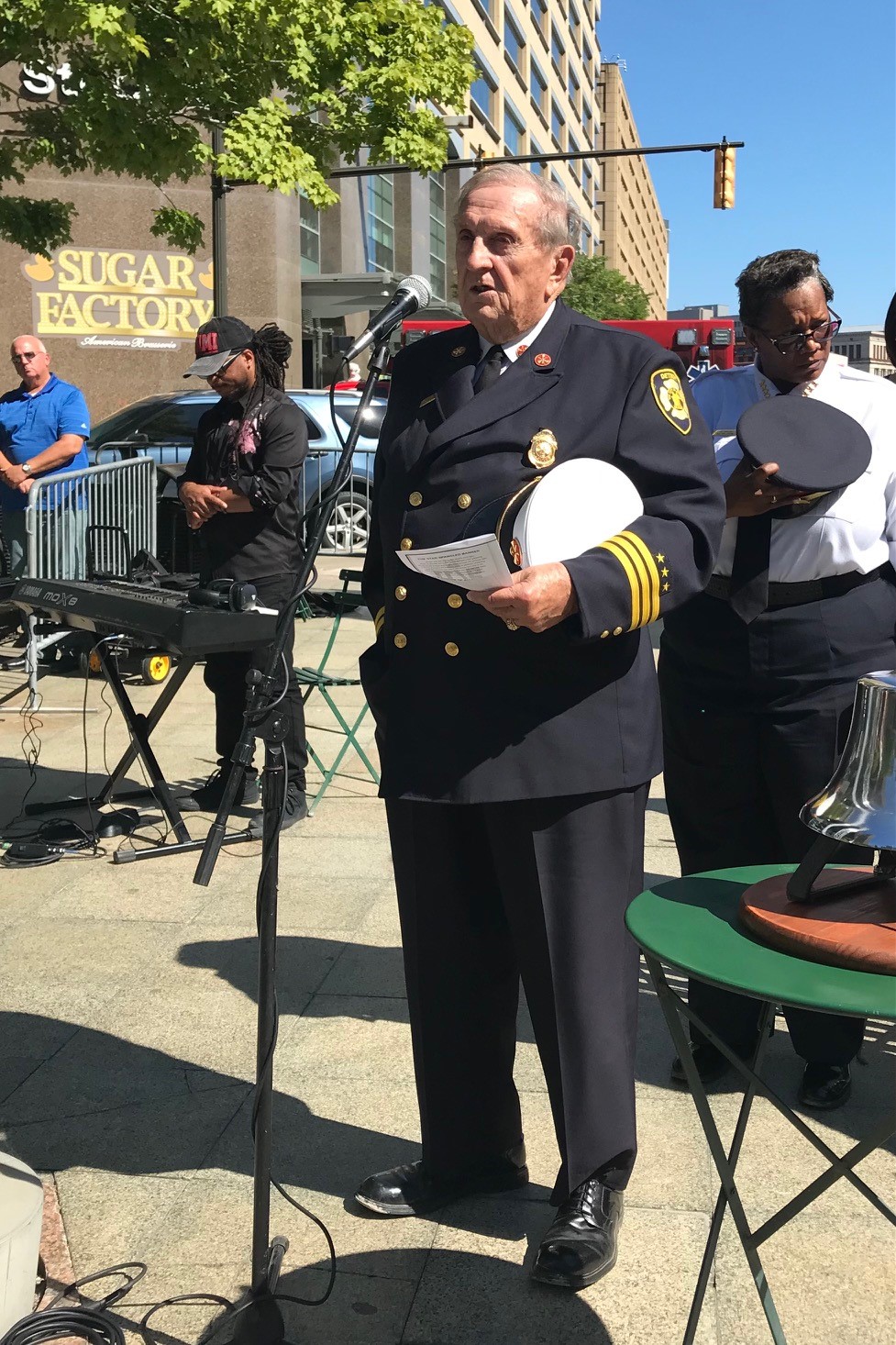 The Salvation Army was the first relief agency to reach Ground Zero on the morning of September 11, 2001, reporting within a half-hour following the first plane crash at the World Trade Center site. We couldn’t have done it without the 40,000 Salvation Army officers, volunteers, and staff who provided assistance during that time.

We served relief workers at the scene for nine months until operations at Ground Zero officially concluded in May 2002. This relief effort, called “Operation Compassion Under Fire” gave The Salvation Army full control of the feeding operation at Ground Zero. We served over 3.2 million meals during those months.

Most importantly, we were able to provide emotional and spiritual counseling and support to rescue and recovery-personnel.

Watch a video below to learn more about The Salvation Army’s role on Ground Zero.

Learn more about the history of The Salvation Army Brass Band.