A Legacy of Service

Inside the heart of every Salvation Army volunteer is the desire to serve someone in need. When these individuals come together to answer their call to serve, powerful change is created!

That is why we call our volunteers: the army behind The Army.

The Salvation Army mission could never take shape or successfully impact the lives of those in need without our volunteers, and those who have served alongside us the longest have played a pivotal role in creating sustained change for their community.

The Salvation Army's proud volunteer and long-time supporter, Owen Ackerman, has proven he has a 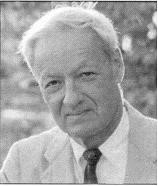 heart built to love and serve others around him. He has showcased this dedication throughout his entire life, by taking every opportunity to support and help his community. His innate sense of selflessness found an early home with The Salvation Army. Owen was first introduced to The Salvation Army when he played basketball at age 11. Envoy Harry Birkett, director of the youth activities at the time, and the other coaches made a real impact on him and helped Ackerman achieve a great accomplishment at such a young age. “One of my favorite memories of The Salvation Army is when my basketball team won the Championship in 1949,” said Ackerman. The feeling of greatness and humbling gratitude that accompanies a sports championship proved to be a driving force behind Owen's continued service to others.

Next, Ackerman joined alongside The Army as part of a 1985 capital campaign effort. He would then go on to accept an initial invitation to join The Salvation Army Advisory Board. Owen saw himself serve for more than 22 years. He didn't limit himself as a board member either. Local Peoria community members often saw him out at Christmas ringing bells, helping to serve meals at food programs and offering advice on other Salvation Army committees/groups. Owen worked hard to provide himself to whomever was in need of his service, because he wanted to see his collective community achieve greatness together.

For him, this is no different than reaching a championship in basketball or swimming:

Owen wants others to celebrate the same feeling of achievement that comes with a championship, and loves when we can be a part of the change that lifts those in need to this place. Whether it is a local family learning to successfully budget and afford their own housing, or a veteran in need of a friendly face - The Salvation Army is there for all who are searching for Hope. Owen Ackerman not only fully embodied our mission, but enhanced it for the Peoria area communities throughout his lifetime legacy. He is truly a championship caliber volunteer that we are proud and thankful to have bless our services & programs.

All across the Heartland Division there are life time volunteers who, like Owen, have found a home for their call to serve others. We shine a special light on them for National Volunteer Week and thank them all, for such devotion to The Salvation Army mission and to their communities.