We Stand Always Ready To Serve

The Salvation Army's Heartland Division is located in Peoria Illinois. It is home to 24 Worship and Community Centers (Corps), more than 230 service extension units, a camp, as well as multiple homeless shelters, thrift stores and food pantries. Service extension units are branches of The Salvation Army in communities where Corps are not located but service is provided by committees of volunteers. 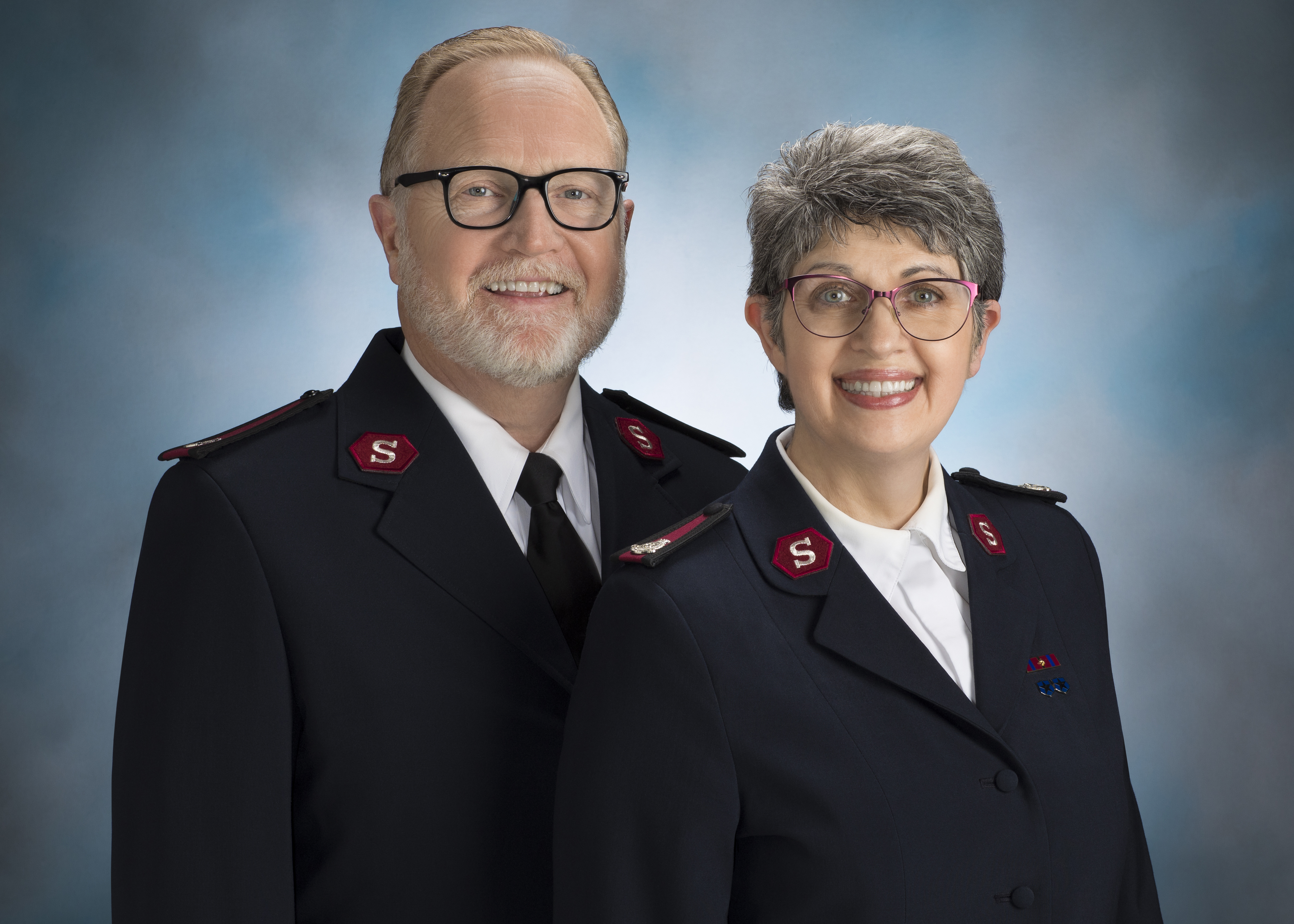 The Collins were commissioned in the Proclaimers of the Gospel Session in June, 1986.  They have had three Corps appointments: Marshalltown, Iowa; St. Paul (Citadel), Minnesota; and Royal Oak, Michigan.  They were Divisional Youth Leaders in Heartland and Eastern Michigan Division and served on Midland Divisional Headquarters and Wisconsin Upper Michigan Headquarters.  They have also served twice on the staff of the College for Officer Training in Chicago.  They are currently the divisional leaders in the Heartland Division of The Salvation Army in Peoria, IL.

Having been married for thirty-six years, the Collins’ have two married children, both of whom are Salvation Army officers: Jared and Tonia (along with their daughters, Emily, Aliyah, Zoe, and Evangeline) were commissioned in 2013, and Erin and Michael (along with son Eli and daughters Lydia and Susanna) were commission in June of 2014.

Major Jesse is the Tri-County Coordinator in Peoria, IL as well as the Administrator for Eagle Crest Camp.  He has a Bachelor’s degree in Pastoral Counseling at Olivet Nazarene University.  He enjoys wood-working, a variety of crafts and has a passion for ice cream.

Major Kelly is the Divisional Commander.  She has her Bachelor of Science in Nursing from Michigan State University and her Master of Arts in Christian Formation from Northpark Theological Seminary. She attended the International College for Officers in 2011.

She enjoys reading, quilting, music and walking, but she is most passionate about prayer, Bible study, and Spiritual Disciplines and teaching others to find these same passions.

Fill out my online form.