The Gift of Giving

Who has the ability to give unto others?

While The Salvation Army believes that everyone is able to give back to one another, there are still some who manage to surprise even us with their generosity and dedication to giving – like the officers and individuals in custody at the Pontiac Correctional Center.

“They reached out to me and started the whole conversation about how they could support The Salvation Army’s work,” said the Heartland Division’s Service Extension Coordinator Michael Oltman, “The correctional officers have been doing a toy drive for several years, but this expanded when their Clinical Services Department introduced the idea of individuals in custody offering donations through their commissary accounts.” This new ability to give was fully embraced as individuals from both the medium security and maximum security side of the Correctional Center stepped up to help implement this project. Together, the toys gathered by the correctional officers and the funds given by the individuals in custody would go towards the Angel Tree program operated by the 360 Life Center of Pontiac. This holiday program that ensures local families in need are able to comfortably provide their children with Christmas gifts is supported by many special community members and organizations from around Pontiac, but this gift from the Correctional Center is truly one-of-a-kind.

“I was honestly moved – deeply moved by the amount they raised,” said Oltman when describing the check presentation, “They have done fundraisers in the past, but this is the most money they have ever raised. I was stunned by how much the officers and individuals in custody clearly care about helping out those in need this Christmas, throughout Pontiac.”

The total raised was $7,562.48 - with $1,604 coming from the individuals in medium security and $5,958.48 from those in maximum security. The funds raised far exceeded the Clinical Services Department goal of $4,000 and were given all by individuals in custody.

The Salvation Army Heartland Division thanks everyone involved with this special holiday giving opportunity from the Pontiac Correctional Center. Our mission is blessed to have supporters in every local community that believe in the services and programs we provide to those in need, and this gift in particular offers inspiration for us and others. Ensuring that everyone has the ability to give has created a truly special Christmas moment for the families in Pontiac that The Salvation Army will never forget! 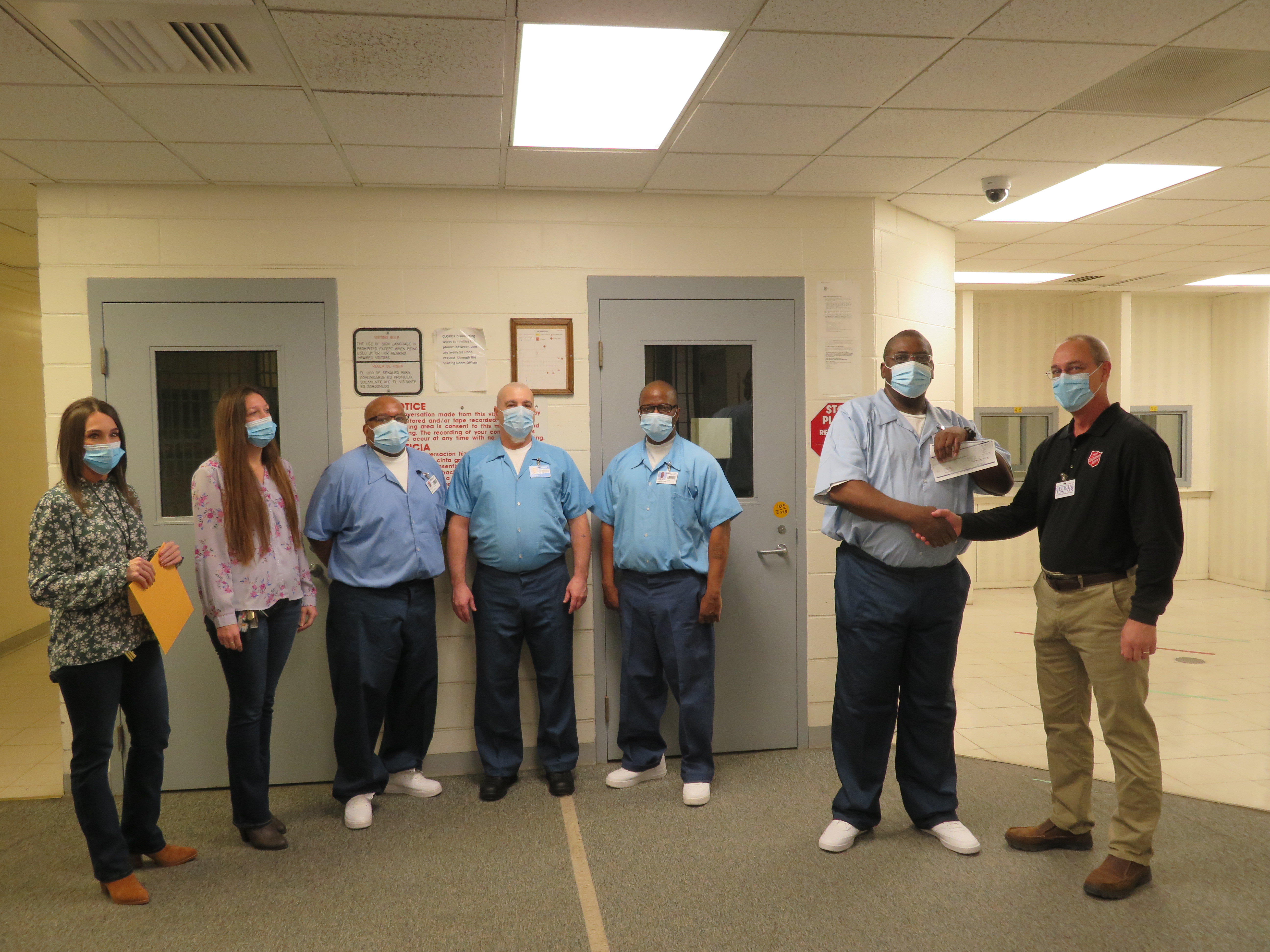 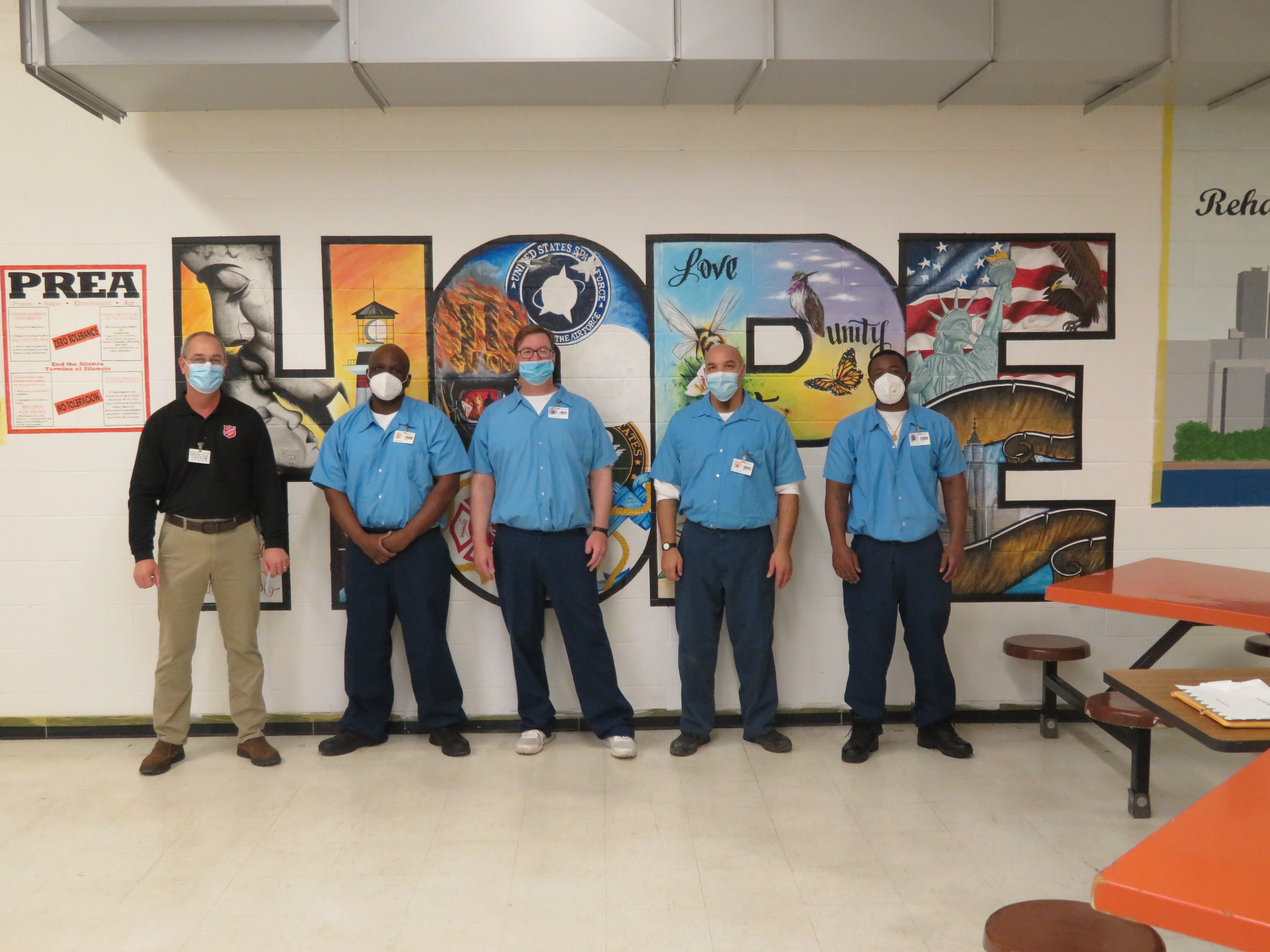 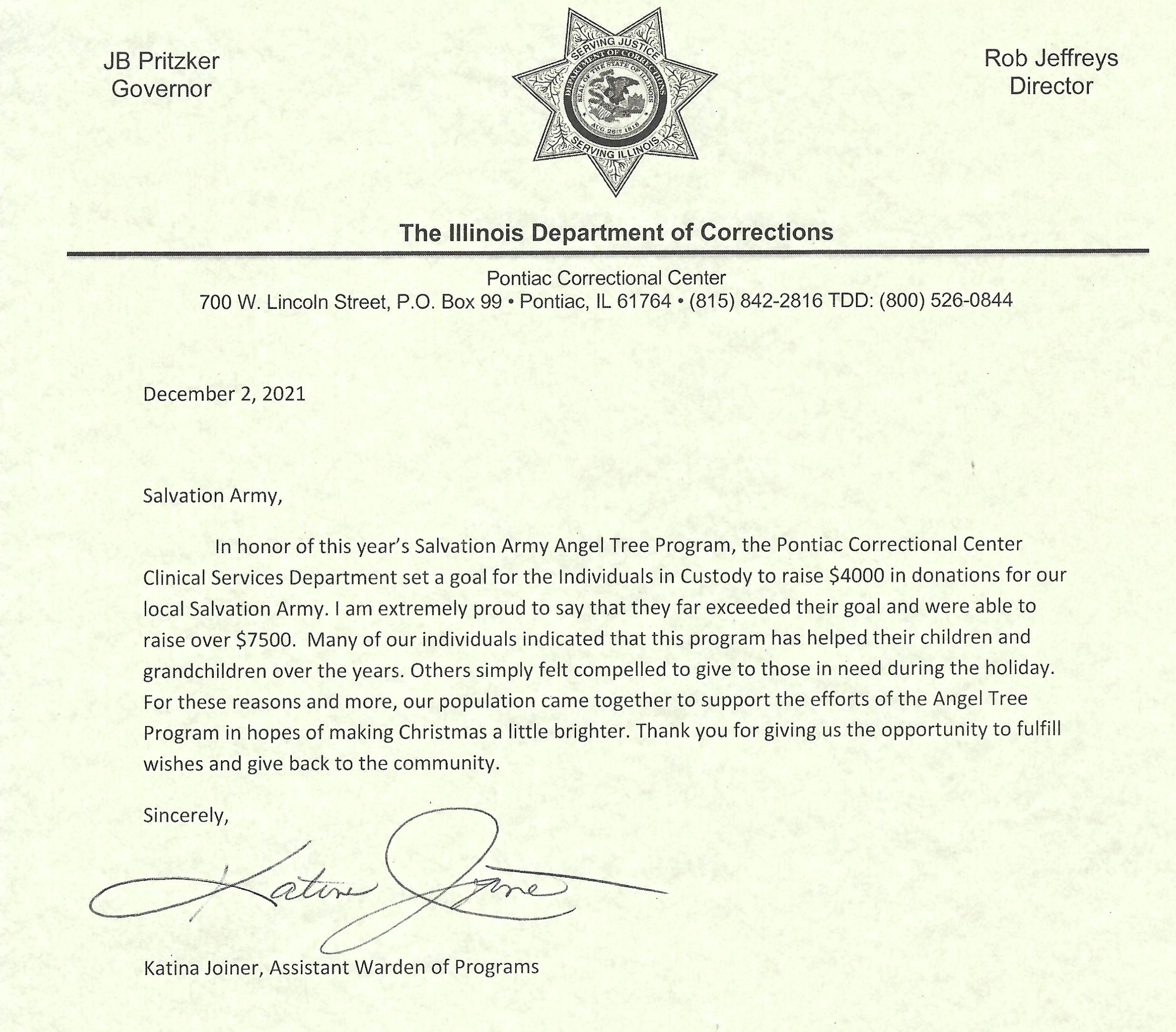