Major Beth Petrie was officially welcomed to the Heartland Division as new Divisional Commander (DC). We are sad to say goodbye to Majors Kelly & Jesse Collins, but their hard work will only be amplified by the new leadership we are blessed to receive. Learn more about Major Beth and watch clips from her welcome ceremony, including her first act as new DC - installing Captain Betsy Raes, Lieutenant Michael Raes, Captain Antonia M. Marak and Captain Dennis R. Marak. 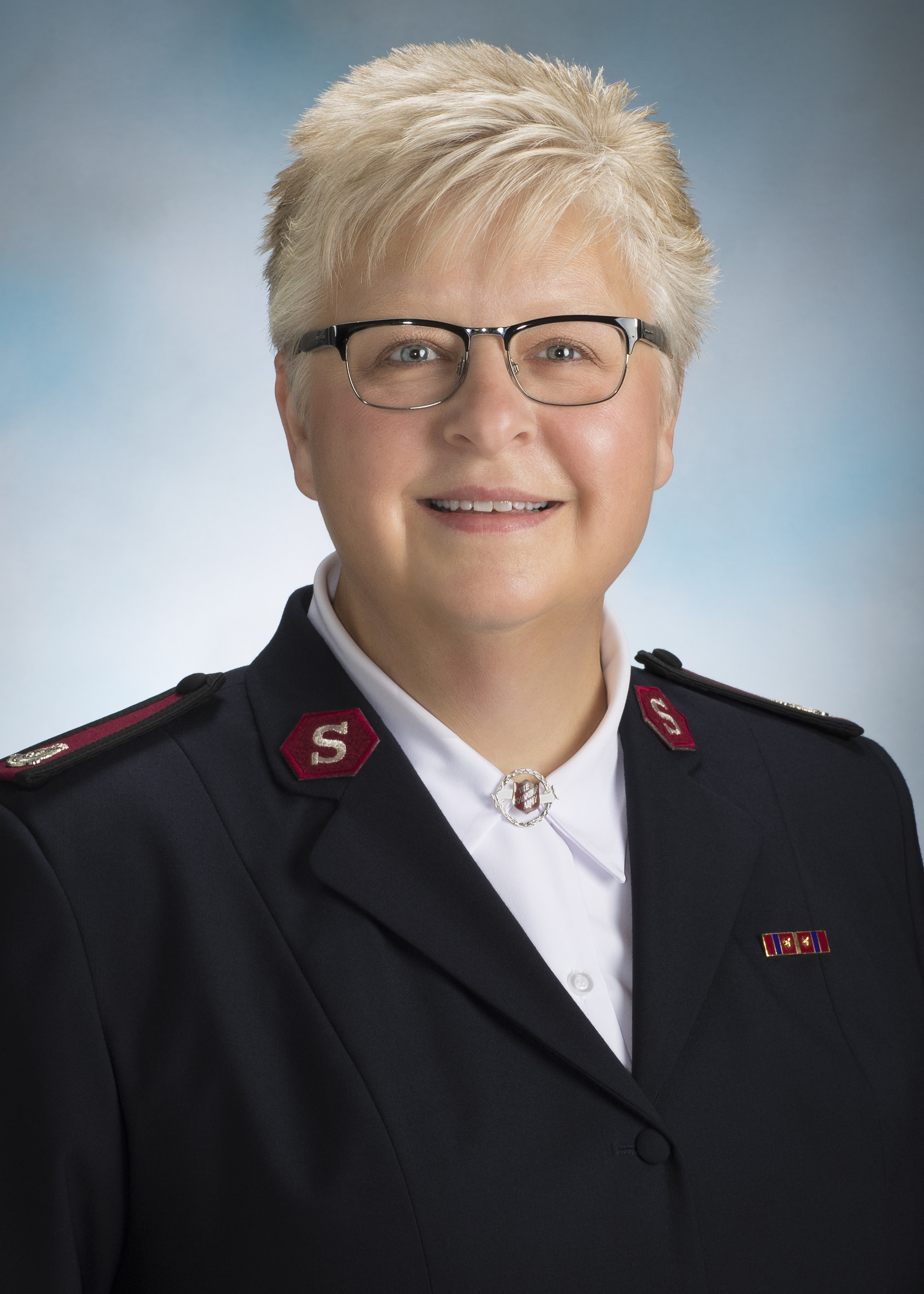 The Petries have been Salvation Army Officers for 37 years, and have also served in Bloomington, IL; Sterling, IL; Clinton, IA; Moline, IL; and Omaha, NE. Major Beth has participated in international disaster response teams in Mexico and the Dominican Republic.

Beth came to know the Lord as a young girl while attending a Salvation Army worship service in the Chicago Corps. Her parents were Salvation Army Officers who served as overseas missionaries for five years. This meant her pre-school years were spent in the African country of Zambia. As an officers’ child, she lived in the Chicago-, Detroit-, and St. Louis-areas after returning to the US.

The Petries married in 1981 and the entered The Salvation Army College for Officer Training in 1982. Major Beth was commissioned and ordained in 1984, receiving a degree in Public Ministry from Olivet Nazarene University. She has earned a BA in Biblical Studies and an MA in Theological Studies.

Their retirement home is in Forsyth, MO right across the street from their grandchildren. Beth’s father now lives with them and Keith is active in a local train enthusiast club while serving as the local Branson Salvation Army Corps as Treasurer. Beth enjoys gardening, reading, coffee, and doing all kinds of fun things with Sophie and Asher.