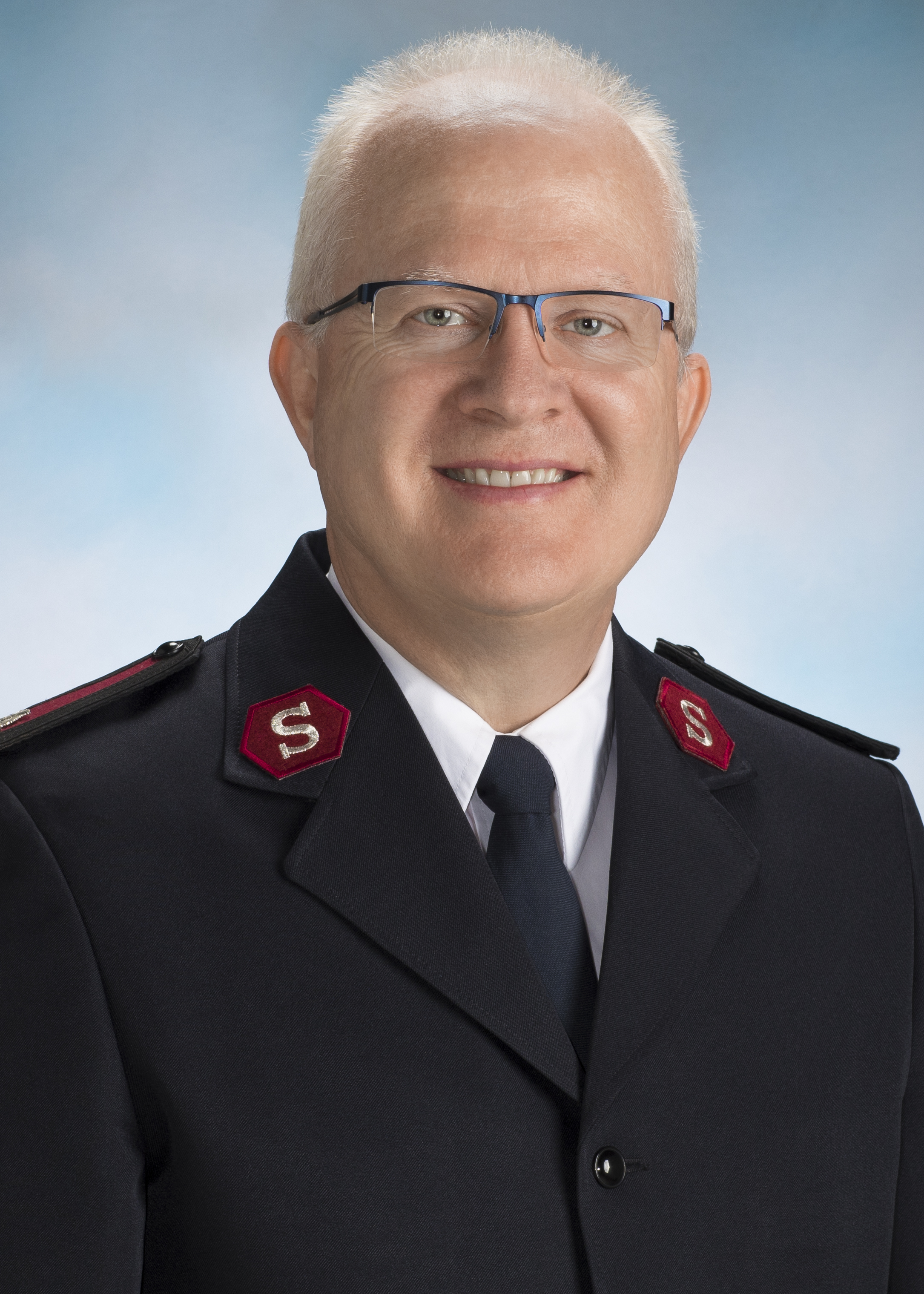 Major Marc comes to Indiana from The Salvation Army's College for Officer Training in Chicago, IL, where he has served as Assistant Training Principal since 2018. His wife, Major Karen Johnson, has been serving as the Training in Spanish Director at the college and will take up the helm as Divisional Director of Women's Ministries in the Indiana Division.

Married for over 34 years, the Johnsons have three adult children. Their prior appointments with The Salvation Army have included corps appointments across the Midwest and six years overseas in Chile, as well as serving as Divisional Youth Secretaries for the Metro Division in Chicago. For a total of eight years, they gave leadership to two Salvation Army Ray and Joan Kroc Corps Community Centers: first in Grand Rapids, MI for six years and then in Chicago, IL for two. They have worked mostly in culturally diverse appointments and have had the privilege of starting two bilingual Spanish/English speaking corps (churches).

"We are excited to serve the people of Indiana alongside the many dedicated Salvation Army officers, soldiers, and volunteers who, as our International Mission Statement says, have been 'preaching the Gospel of Jesus Christ and meeting human needs in His Name without discrimination' for many years," said Major Marc.

This is the Johnsons' second time serving The Salvation Army in Indiana. In the early 90s they oversaw the day-to-day operations and ministries of the East Chicago corps community center in northwest Indiana. "I look forward to serving in the great state of Indiana," Major Karen shared in response to their new appointment in Indianapolis. "I know that God's timing is perfect and I want to serve Him and others to the best of my ability."

The Salvation Army Indiana Division serves 85 Indiana counties through Service Extension Units and 28 Corps Communities Centers across the state. The Indiana Division is headquartered in Indianapolis, where The Salvation Army also operates a homeless shelter (the Ruth Lilly Women and Children's Center) and an expansive addiction treatment facility, (the Indianapolis Harbor Light Center).

In 2019, The Salvation Army Indiana Division provided 2.2 million meals to hungry Hoosier families and more than 87,000 safe nights of shelter to those in need. In total, 578,000 people benefited from the many programs provided by The Salvation Army just last year.

As Major Marc Johnson steps into the role of Divisional Commander, he will guide the officers, staff, and volunteers behind these programs through the challenges of operating during and after the COVID-19 pandemic. While many opportunities for fundraising have disappeared, The Salvation Army continues to serve a growing population of Hoosiers in need of financial and spiritual support.

"By God's grace," Major Marc said, "we will see many more lives impacted by the numerous ministries of The Salvation Army."