The Salvation Army, an international movement, is an evangelical part of the universal Christian Church. Its message is based on the Bible. Its ministry is motivated by the love of God. Its mission is to preach the gospel of Jesus Christ and meet human needs in His name without discrimination.

The Salvation Army began its work in Ishpeming in 1889 and opened in Marquette in 1893. For a brief time in the early 1900's we also operated a facility in Negaunee. Our worship meetings were originally done in both English and Swedish.

The Salvation Army's home in Ishpeming was at Third and Cleveland for 75 years until an oil heater exploded on February 16, 1964 and was destroyed. We moved to our current location in 1966 and expanded the building in 2000 with offices, a gym, an elevator, and a new entrance.

In Marquette, The Salvation Army moved multiple times in the downtown area, and then in 1951 located at Third and Bluff, with a thrift store that was opened on Washington Avenue. These facilities were co-located to our current facility in 1998.

The Marquette and Ishpeming locations operated independently until 2018, when the units were combined for operational efficiency and increased services to the communities. 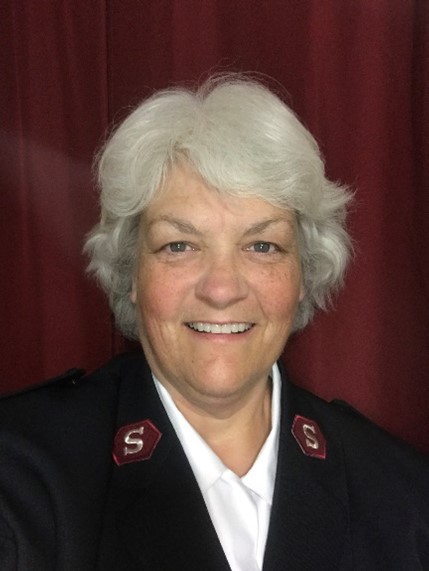 Auxiliary Captain Marie Lewis came to The Salvation Army as a volunteer in 2014.  Marie grew up in southeast WI in a Christian home and came to accept Christ as Savior at age 6.  She has two adult daughters that live in Wisconsin.  She had followed a career in Dental Hygiene for 29 years before she had the call from God to serve in ministry in 2016.  She was appointed as the Corps Administrator (pastor) in Kenosha, WI and became an Auxiliary Captain in 2018. Now God has called upon her again and she was appointed to the Marquette County corps in July 2021.

The Marquette County Salvation Army advisory board consists of a wide spectrum of hard-working men and women who share in the vision to transform and restore lives in the county of Marquette and beyond.