Savory scents of soup and strains of violin music wafted into the Salvation Army lobby Sunday during the 11th annual Empty Bowls banquet.

Students from Southeast Missouri State University’s dietetics program made and served the food, and handmade bowls were donated by Linda Bohnsack.

The event was part of a coordinated effort by the Salvation Army to raise money to feed people in need. Proceeds benefit the Meals with Friends program.

Charlotte Cervantes, dietetics instructor at Southeast, said she was supervising students from the Student Dietetic Association and Southeast’s food-service operations course as they prepared and served food for attendees. 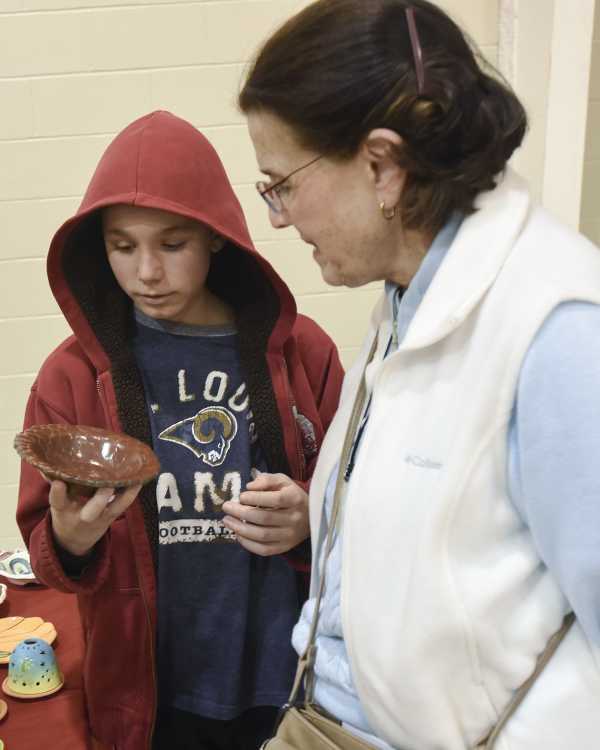 “Most of them are getting ready to graduate with their degrees in May, so this is great practice for them,” she said, adding the event puts emphasis on art with the handmade bowls.

Cervantes said they had prepared enough food for 200 people and hoped to run out.

“It’d be great if we needed to prepare for 300 next year,” she said. “We hope people will come back.” 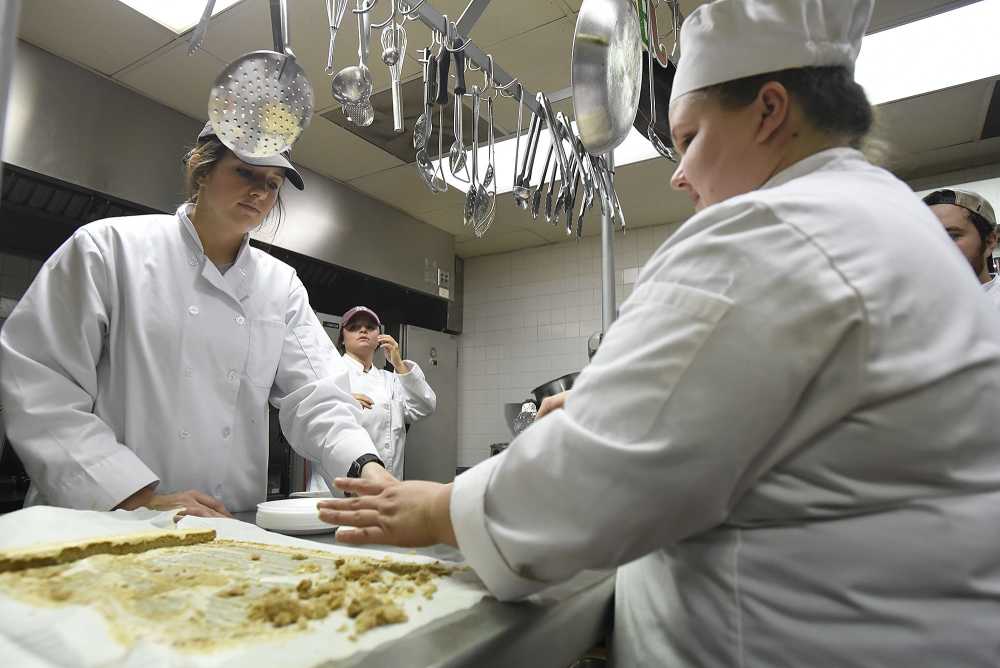 Ronnie Amick, Salvation Army Cape Girardeau worship center director, said normally the organization has held the event in November, but this year decided to move it up in the calendar year.

Bohnsack agreed, saying November is a busy month for the Salvation Army and volunteers.

“The craft show does well,” she said, but having two events in one month was a little much, especially considering how busy the holiday season is for them. “This is easier on us.”

Bohnsack donated hand-thrown bowls this year, using her studio space as a production center for volunteers to help throw, paint or glaze.

“Several groups come in to help,” she said, including Semo Serves and other student groups.

Salvation Army intern Justin Tracy said he was happy to be part of this event, even in his capacity selling Holy Vibes coffee, a specialty blend being sold as a promotional fundraiser for the Salvation Army’s “20 New Corps” program.

“We’ll be selling it through May,” said Amick, who was with Tracy at the booth.

Amick said he had been in Perryville, Missouri, since Tuesday’s tornado, directing relief efforts and generally assisting where he was needed.

“I haven’t slept much this week,” he said. “But that’s the best part of my job, is helping where I can.”

Patricia Moore said she was attending the banquet for the first time, and she’ll be back.

“I love it,” she said. “The bowls are all so beautiful. It was a hard decision.”

She traced the rim of her shallow serving dish and smiled.