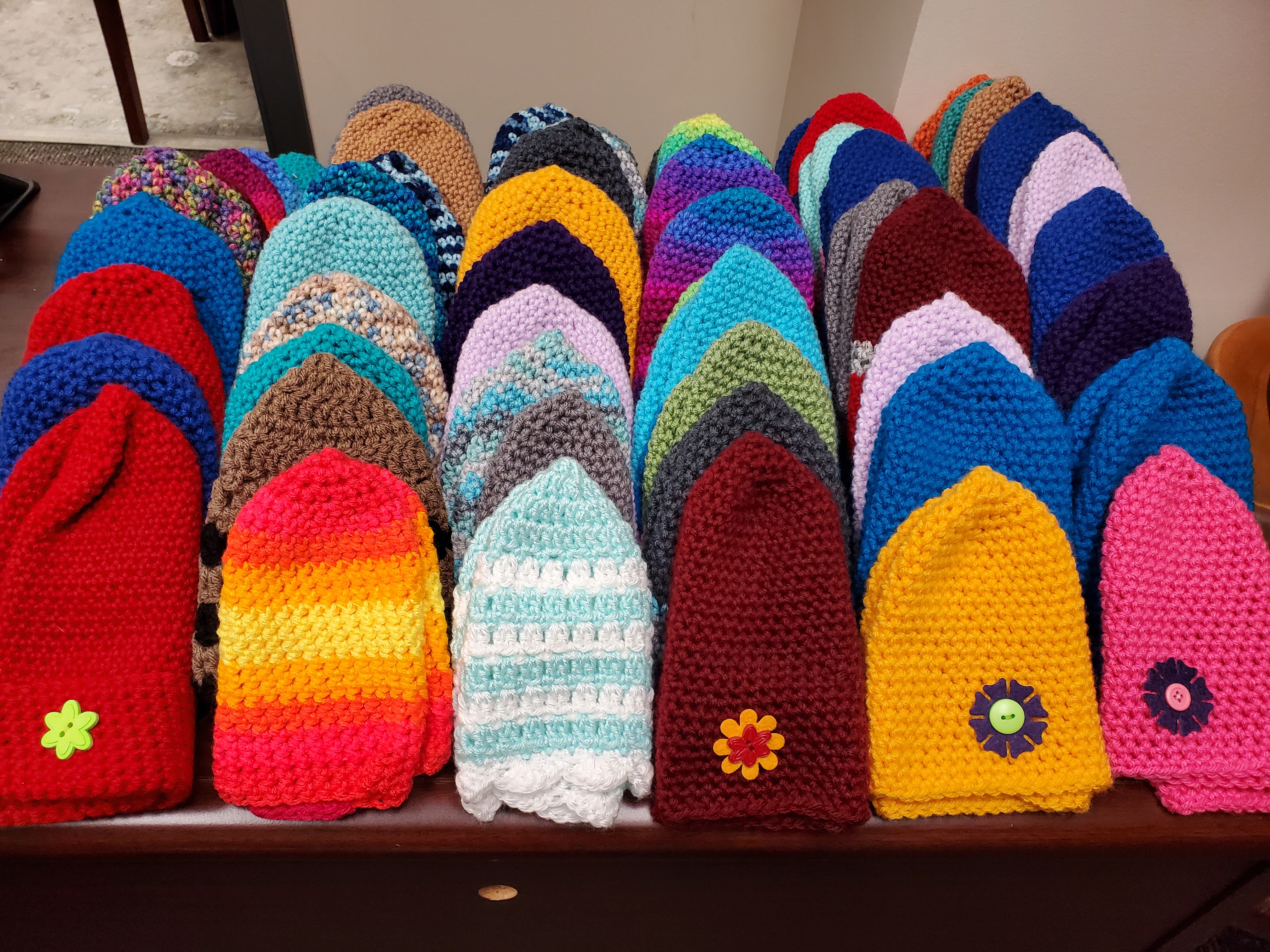 ‘Tis the season for keeping neighbors warm. One way to do that is knitting hats for cold people in need – and giving them to The Salvation Army’s Angel Tree.

“I belong to a little group at our church called The Knit Wits,” said Susan Bias, who knitted and donated 61 hats to Angel Tree this fall.

“When I had a knee replacement this spring, it became a thing where I kept making these hats and making these hats,” Bias said. “Icing and resting [my knee], I ended up with this huge collection of them.”

Bias’ knit hats will go out to Angel Tree adopted angels this Christmas season from lists that ask for warm winter hats. They are brightly colored, some adorned with flower pins.

“I’m very well aware of the need, especially after the pandemic,” said Bias, who does volunteer clerical work for 100 Neediest Cases. “There is need everywhere. People need to be warm.”

Throughout the year, Bias has knitted and donated hats to Siteman Cancer Center female patients who have lost their hair. Her stack of hats far exceeds the hats needed by Siteman, she said, and she looks for other places to give the hats.

Angel Tree is in motion for The Salvation Army, with the Christmas season underway. People and businesses can adopt angels for whom to Christmas shop through the end of November.

“When my mother was alive, she spent every November and December at The Salvation Army wrapping gifts,” Bias said. “My mom did a lot of work with Salvation Army through the holidays, and I thought that would be a good place to put them.”

Bias joked she doesn’t have the knitting ability of her fellow members of the Knit Wits. That didn’t stop her, though, from producing versions of the same crochet pattern in assorted colors.

“They’re not all going to the same person, so it doesn’t really matter,” Bias said. “I am not good enough to know a bunch of patterns. A lot of the ladies knit, but I could not master that. That’s where I started making hats, but I make far more than they can use. As I recovered from kneecap surgery, I kept cranking them out. Me and Netflix – I just ended up with a huge collection.”