"BACHELOR” BEN HIGGINS TALKS TO THE SALVATION ARMY: USING FAITH AND HOPE TO THRIVE WHILE IN LIFE TRANSITION 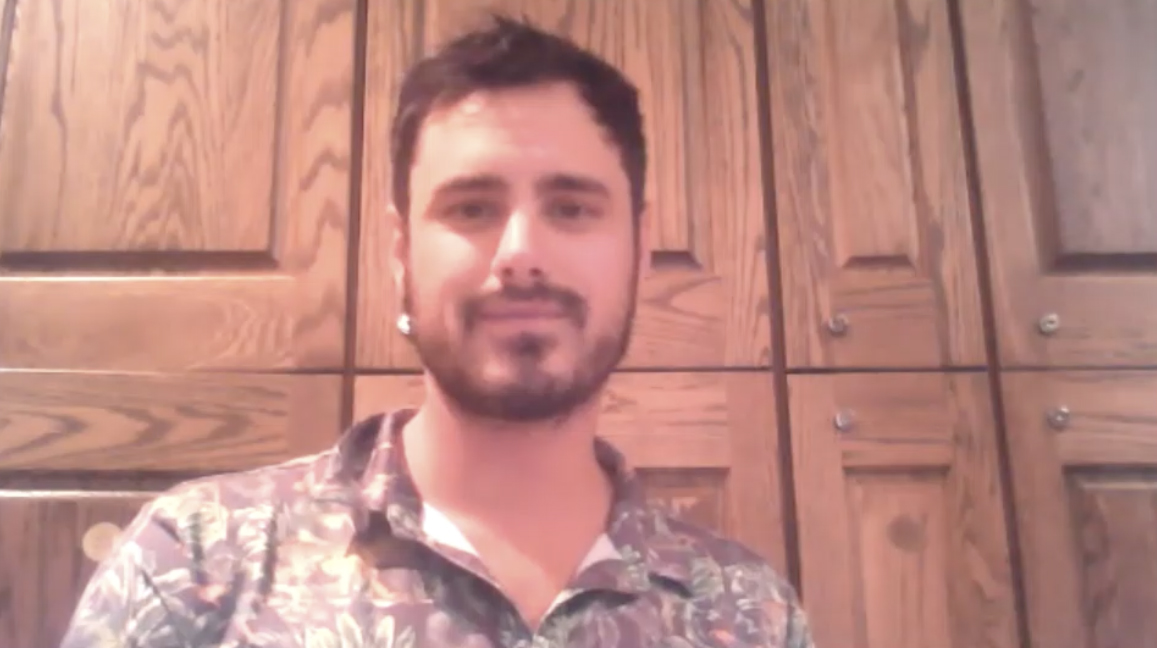 Five years after he shared his love life on TV for millions of viewers, “The Bachelor’s” Ben Higgins is using hope and faith in God to overcome challenges after the bright lights on the popular relationship-driven reality show.

Higgins’ concept of “hope” plays central to his podcast, “Hope Still Wins,” in which he combines his inquisitiveness with others’ challenging moments through interviews, an outgrowth of his pandemic-era show on Instagram Live.

“I think it [hope] keeps me on mission,” Higgins said, in a recent conversation with The Salvation Army’s Midland Division. “One of the things that hope does is it helps me see a brighter, better future, or at least it helps me identify injustice and then go after it and try to fight to in any way I can. It’s a thing that motivates because if we stop believing in hope then there really is no hope to continue to try.”

Higgins, staying true to his Christian beliefs, made news headlines in recent years for his attitudes about premarital sex and waiting for marriage to have sex.

“I’m a believer in Jesus,” Higgins said. “I feel now that I was lucky enough to have grown up in a community that was predominately Christian.” (See the video links for exclusive interview excerpts with Higgins.)

“At the same time, my faith has been expanded to where it’s having an understanding, respect, and admiration for those of different beliefs, upbringings, and life experiences,” Higgins said, of his personal evolution.

“For me, I believe in Jesus,” he said. “I believe Jesus’ truth. When I cry out to Jesus, in the moments I need Jesus the most, God has always shown up, and not only that, in my biggest moments of doubt. The point to me that always makes sense is Jesus gave his one clearest commandment: love your God and love your neighbor. Through my life, sometimes that’s the only that makes sense or fits. If I do that well, I also understand there is a God that loves, life seems to click.”

Higgins has been engaged to model and business owner Jessica Clarke since March 2020. The couple has been living quietly off the Hollywood map, he said.

“Jessica is somebody who desperately desires to love people well, love God well and, as a result, love me well,” Higgins said. “She’s not only my biggest fan but biggest supporter and most healthy critic. I believe it’s going to last a lifetime because she makes me a better man. I hope she would say this, I don’t want to speak for her in this. She makes me a better man. It’s odd, she makes my life more exciting, and I was worried about that as I settled down. That life was, all of a sudden, going to get less exciting. It’s done everything in the opposite way.”

In Higgins’ February memoir Alone in Plain Sight, which started from Higgins’ personal journal, he revealed that he struggled with an addiction to painkillers and loneliness. The follow-up period is now what he calls a “transition phase.”

“For a while, it satisfied that because I was getting so much attention [being on ‘The Bachelor’],” Higgins said, in our Salvation Army interview. “That attention, one, was unwarranted. Two, it felt really good. Then over time, the attention started to feel less good personally because it felt very selfish. I didn’t really feel like it was doing a lot for me and my community around me. I didn’t feel it was doing anything for me personally other than to make myself feel better.”

He explained, “So, I started to slip back into a place of feeling lonely. People only were giving me attention now in my life because of my experience on a show. That honestly felt like it was diminishing a lot of my life and a lot of things I was pursuing because I was getting attention for being on a show. Now, I’m sitting in a place where I’m in a transition phase. I’m still there, I don’t want to tell you I’m not, where I’m looking to see what does life look like, maybe when the attention wanes and even if it continues, with all those factors and what is my role in that as a person.”

The TV show that made him famous – ABC’s “The Bachelor,” a multi-show franchise with hundreds of hours of television since 2002 – is undergoing an identity shift after observers have said the show is culturally aloof at best.

The show’s longtime host, Chris Harrison, was dispatched by ABC recently after he spoke of a “woke mob” in an interview, a pejorative term referring to people advocating social equity, drawing critics for portraying an outdated version of corporate reality TV.

“I think the show [“The Bachelor”] is changing. I don’t know how it’s changing yet,” Higgins, who starred in the show’s 20th season, said. “I do think the show has a responsibility always to be aware of what and how they’re communicating and what they’re showing. Diversity is something that is incredibly important. It needed to happen. The show has recognized that. You see some changes because there were some problems. The people that were watching recognize that. Long term, you’re going to see a more diverse cast. … I think that’s awesome. Where the show goes, I don’t know. They’re in a really tough place, though, as a franchise because they have some huge changes to make and they’re making. Now the question is, do people continue to watch and stay on board?”

Watch the full interview with "Bachelor" Ben Higgins on our YouTube channel.