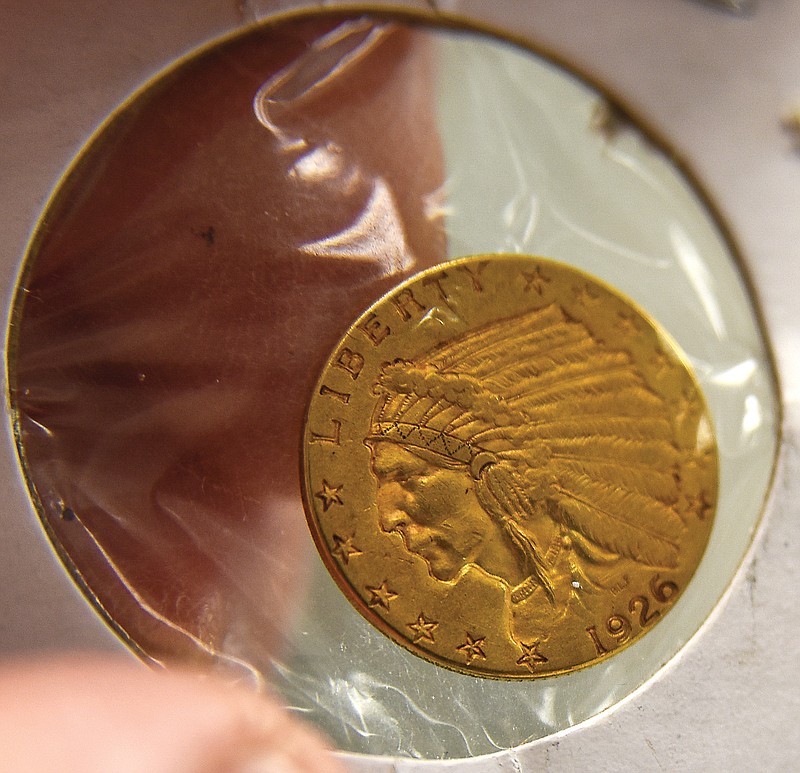 You never know what you’re going to find in a Salvation Army red kettle around Christmas, as a variety of valuable and unusual objects have been found over the years.

A gold coin with an approximated $300-$500 value was dropped in a Jefferson City red kettle, leaving officers excited and grateful. The coin will be sold to a private buyer.

“We initially weren’t sure what it was because you get a lot of strange stuff in buckets,” Jefferson City corps Captain Justin Windell said. “I’ve even had a gold tooth in a bucket before, which by the way you can’t move. No one wants to buy a gold tooth.”

The gold coin’s value was taken to the Internet for appraisal, then to a local board member who collected coins and, finally, to working the phones.

“Then the funds will go into our kettle campaign,” Captain Justin said.

This year’s gold coin drop was not the first at a Jefferson City red kettle. In 2018, someone dropped an Eagle one-ounce coin, which was valued then at $1,300, at a kettle outside Sam’s Club.

Other pieces of gold have popped up in red kettles over the years, Capt. Justin said, and even a diamond wedding ring.

“When we were on our Christmas internship at the seminary, that Salvation Army got a gold bar,” Capt. Justin said. “Actually, they auctioned it off at that location. It was a good size. I think it was a couple ounces of gold.”

Capt. Justin added, “One location we were at, we received a couple wedding bands. Not only was it interesting because it was a wedding ring with a diamond and everything, but there was a note accompanying it, saying, ‘I hope this brings somebody else better luck than it did me.’ When you get a message like that, it makes it a lot bigger.”