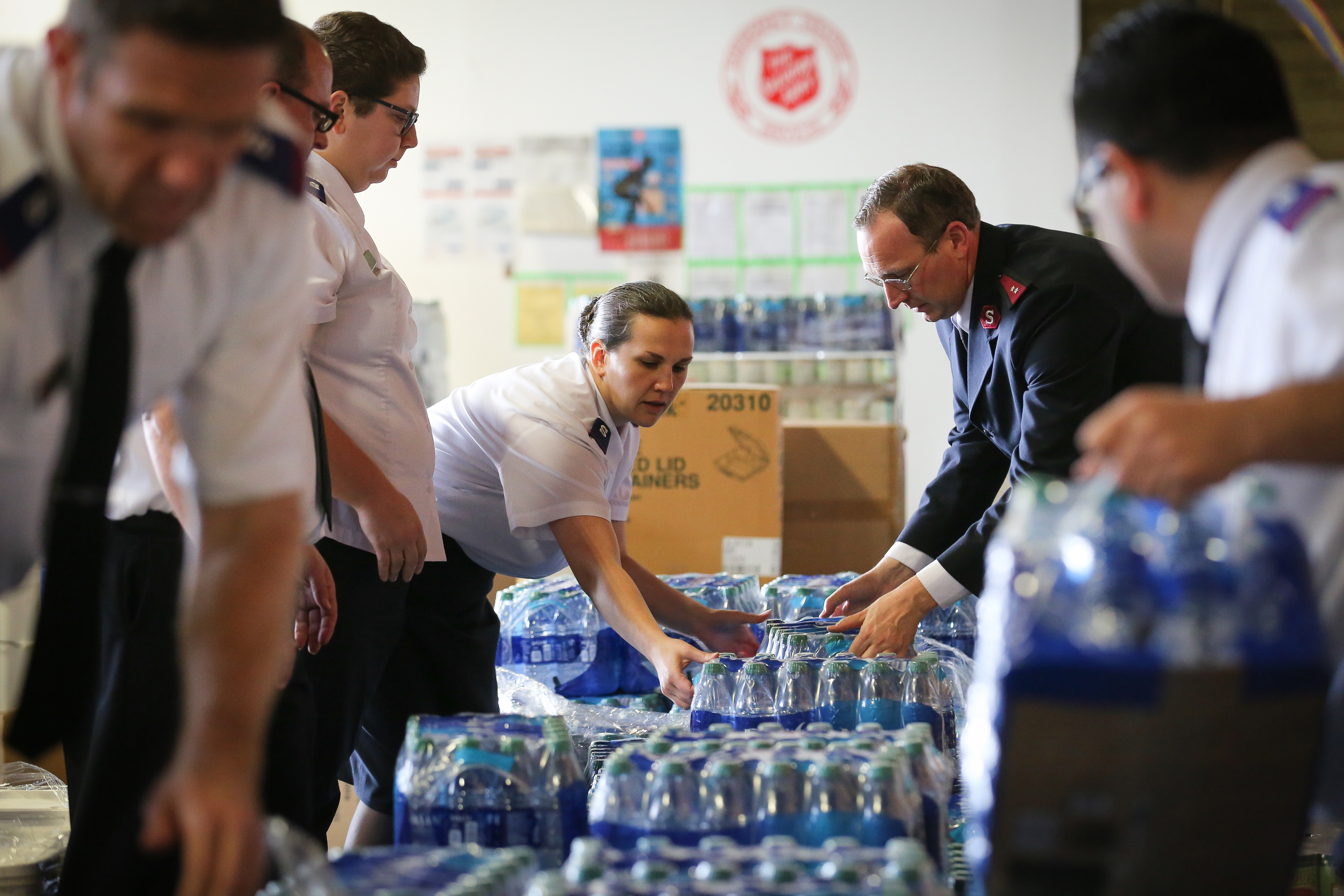 When temperatures reach dangerous numbers for consecutive days at a time, The Salvation Army is on the streets of St. Louis, distributing cold bottled water.

This week, The Salvation Army canteen goes out Aug. 24 – 26 on hydration runs, stopping at locations where the unhoused may be staying or for people on the go, and has been happening during the past month based on the heat.

“A lot of people don’t have the option of access to water, particularly those that are considered the vulnerable population,” said Sherita Bradshaw-Jackson, Deputy Director of Emergency Services for The Salvation Army Midland Division.

“Therefore, we’re giving them water when they’re out in the heat and trying to combat the fact that they may pass out because of not enough fluids,” Bradshaw-Jackson said. “Some people are out there drinking, and not drinking enough fluids. We want to make sure everybody gets the water to stay cool. That’s why we give them the cold water because a lot of people use them as a cool towel.”

Usually, the National Weather Service must declare three days of extreme heat (around 100 degrees) to bring the hydration runs.

The travel route includes going by homeless encampments and shelters. If people ask for an extra bottle of water for their friends or family, that is generally not a problem.

“We’ve noticed in the homeless encampments, they say can I get one for my friends, and they’ll help us distribute the water,” Bradshaw-Jackson said. “I’m really proud of the fact that a lot of people, if they don’t need the water, like if I’m on my way to buy water, they’ll say give it to someone else. The ones who need it, they’re very grateful for it.”