INSIDE OUR DOING THE MOST GOOD AWARDS AND BRUNCH! 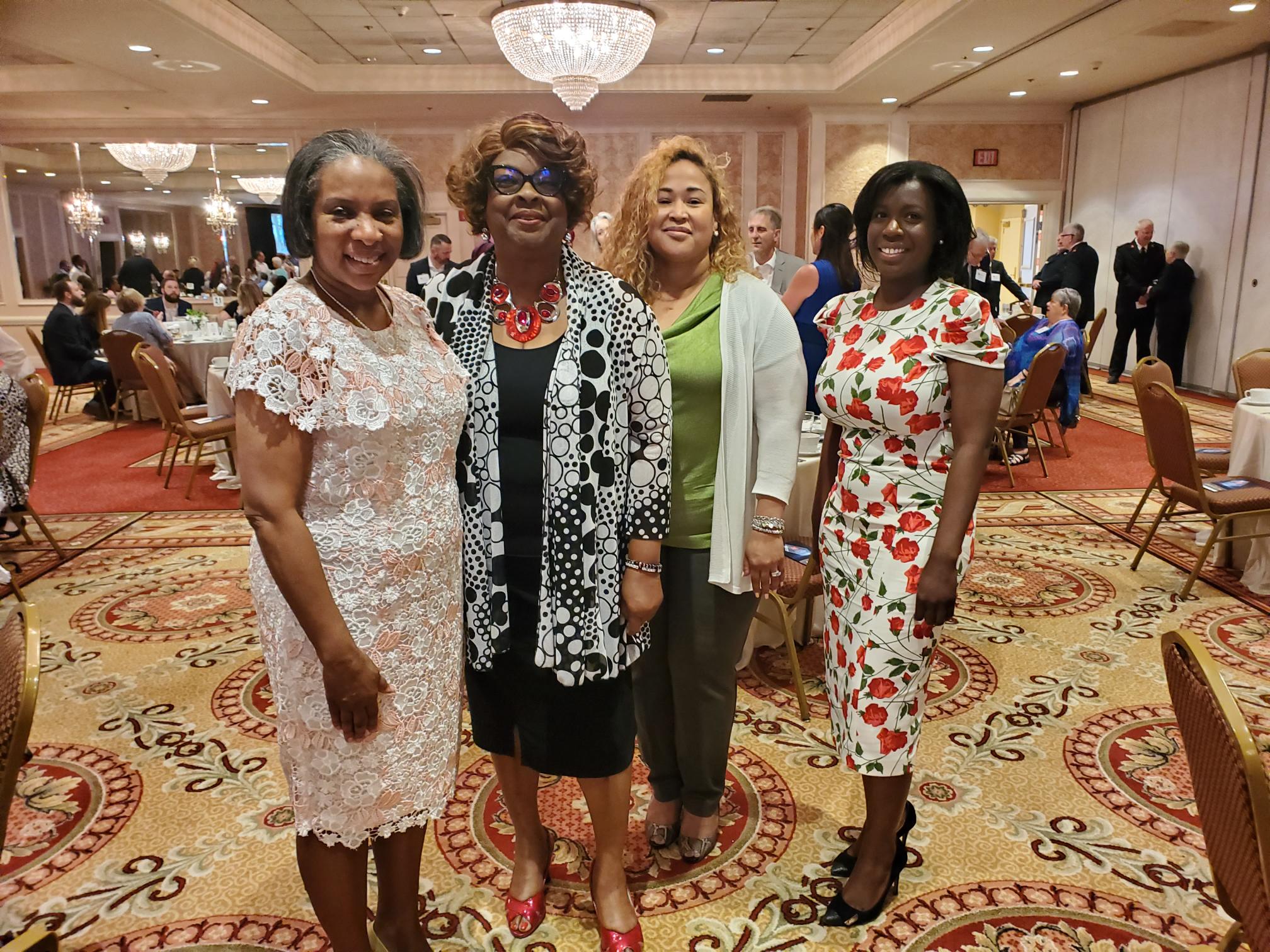 An inspiring Doing the Most Good Awards is in the books.

Eight award-winners were honored at the Hilton St. Louis Frontenac May 14 for their contributions to The Salvation Army and for doing the most good in their communities.

New York Times-bestselling author Liz Murray received a standing ovation for her keynote speech about how help from others and how being “loved back to life” was her life’s story, despite adversity.

“As we celebrate Doing the Most Good, it’s really a pledge of what we should be doing, helping those in need with the resources that come our way,” Major Kjell Steinsland said. “The Salvation Army, we are not in existence to focus on ourselves.” 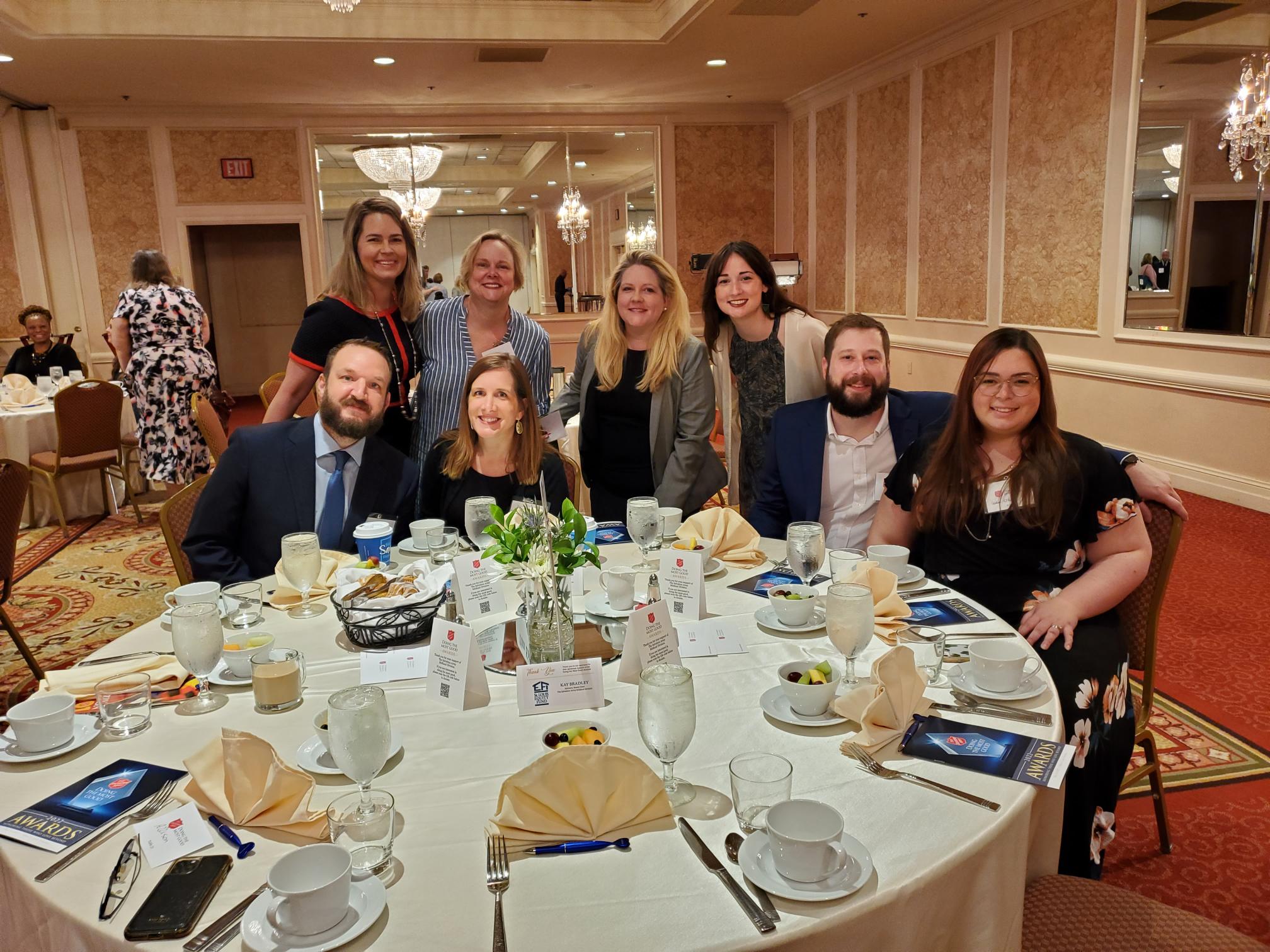 All honorees attended to accept their awards.

“Now that this day has finally come, we are very excited and extremely blessed to be able to honor the awardees, especially during National Salvation Army Week,” Karla Radford, Divisional Director of Special Events, said. “We’re just looking forward to honoring those who do the most good.”

Ferguson's Mayor Ella Jones, who is active in The Salvation Army’s Ferguson Community Empowerment Center, attended and celebrated Helm’s support for the Ferguson center and community.

Videos of awardees speaking about their inspirations, backgrounds, and ways of charitable involvement, in their own words, played on screens in the ballroom. They included memories of The Salvation Army from childhood and 60 years of service to the Red Shield. 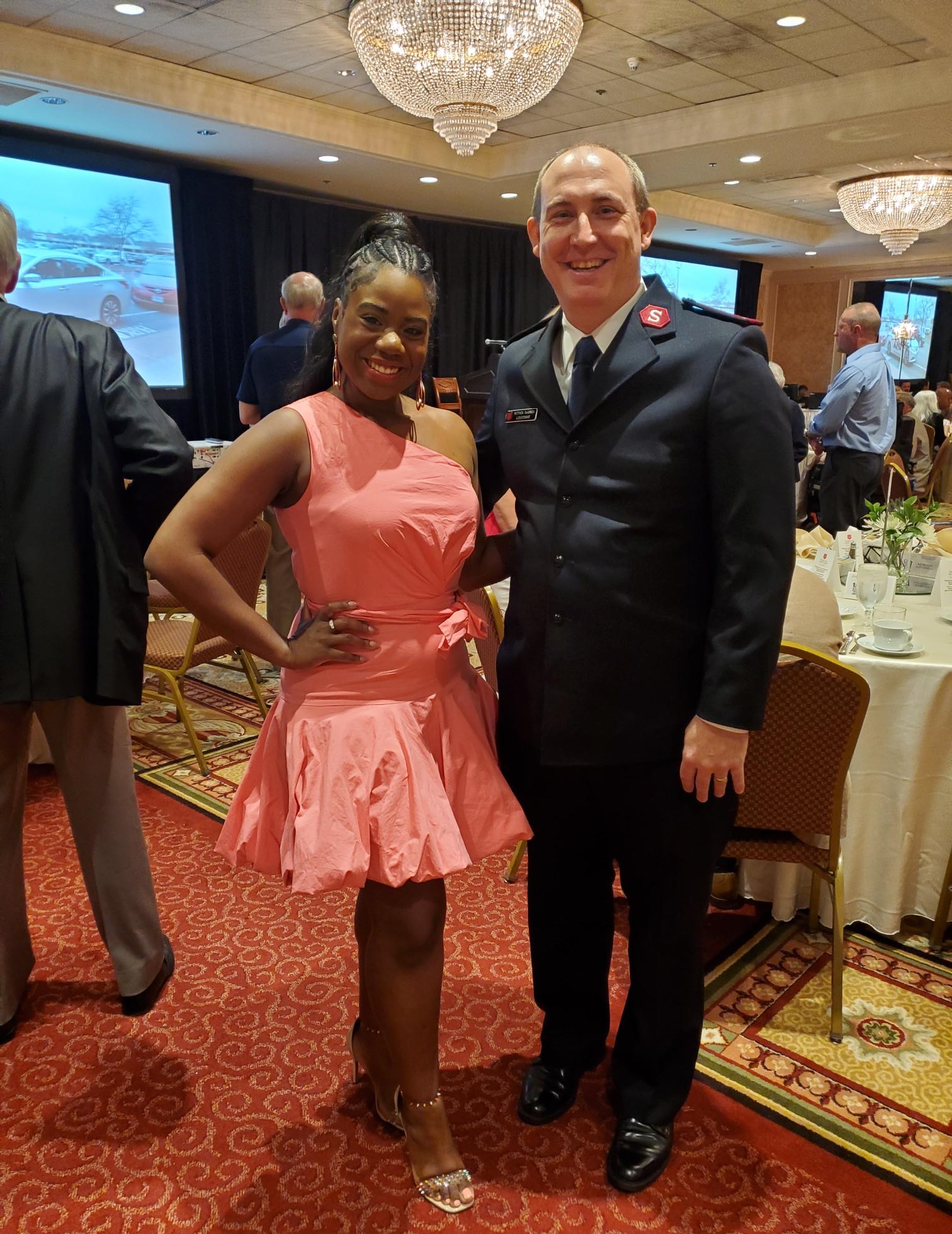 Awardees approached the podium where they were handed their crystal Doing the Most Good awards, taking pictures with Major Steinsland, Col. Bob Webster, and Haynes.

“I said to Gordon, coming here, ‘Why are we getting this?’ Really and truly appreciated,” Margaret Finley said after receiving her award with husband Gordon. “I didn’t deserve it. Why we were chosen, I’m humbled by it.”

What left attendees stunned was a 45-minute speech by Murray, a Bronx native who reached national prominence with her tale of journeying from the streets of New York City to the classrooms of Harvard University, persisting though her parents were heroin-addled and sometimes didn’t have money for food.

“You won’t hear a bootstrapping story from me this morning,” Murray said. “I’m standing here today someone who was, first and foremost, helped by nonprofits, volunteers, and kindhearted people in my community. I was so close to the brink of, in plain English, giving up on myself. I like to say that I was quite literally loved back to life by people who cared about me.” 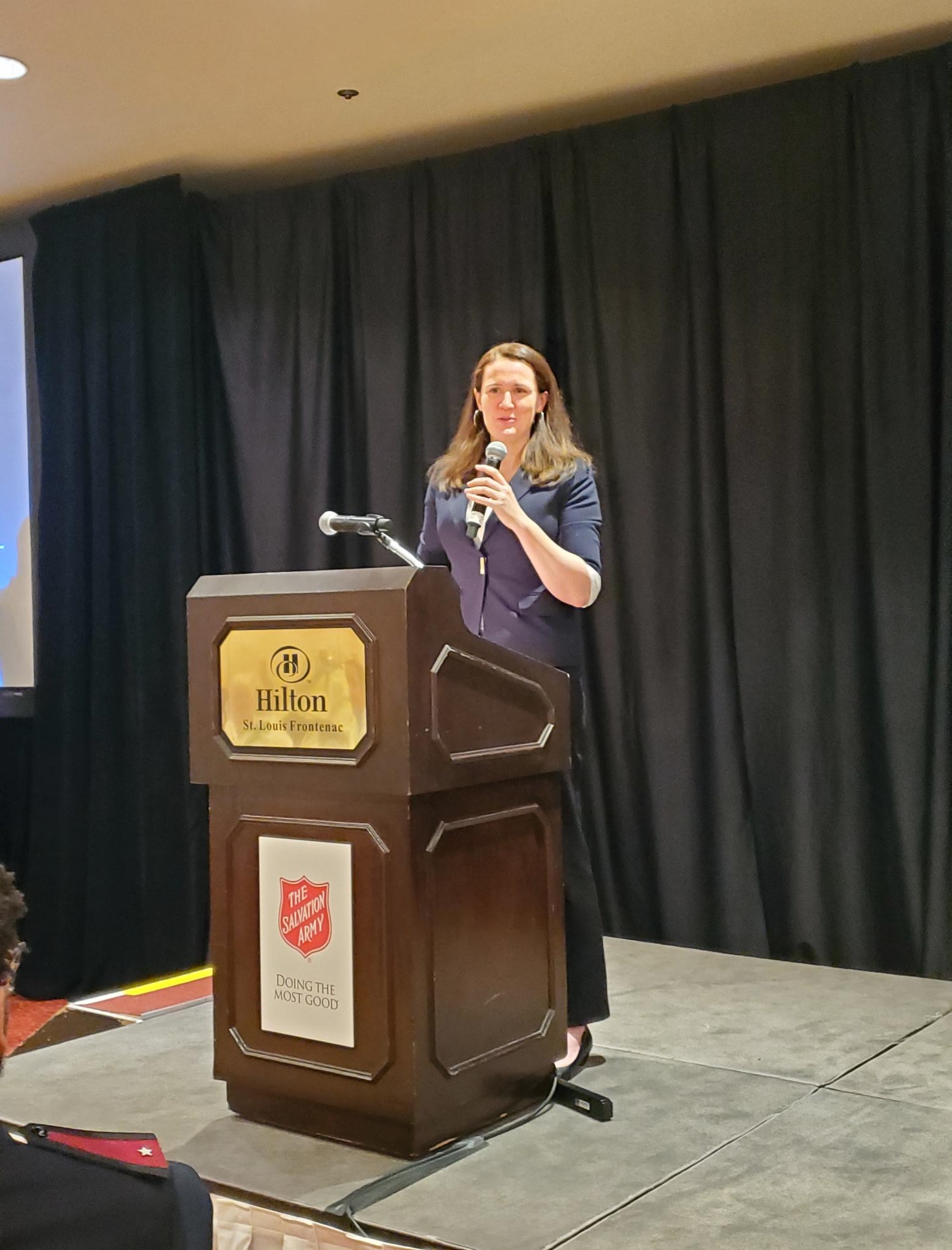 Murray’s 2010 book, Breaking Night: A Memoir of Forgiveness, Survival, and My Journey from Homeless to Harvard, gained her national exposure and a spot on the New York Times bestseller list. For more than 20 years, Murray, 41, has been a public speaker about her personal story, including speaking engagements at events with the Dalai Lama, Tony Blair and Mikhail Gorbachev.

Murray is the founder of nonprofit The Arthur Project, a New York-based mentoring program for middle-schoolers.

“I love that quote by Mr. Rogers,” Murray said. “’When I was a boy, I would see scary things in the news. My mother would say to look for the helpers. You will always find people that are helping.’” 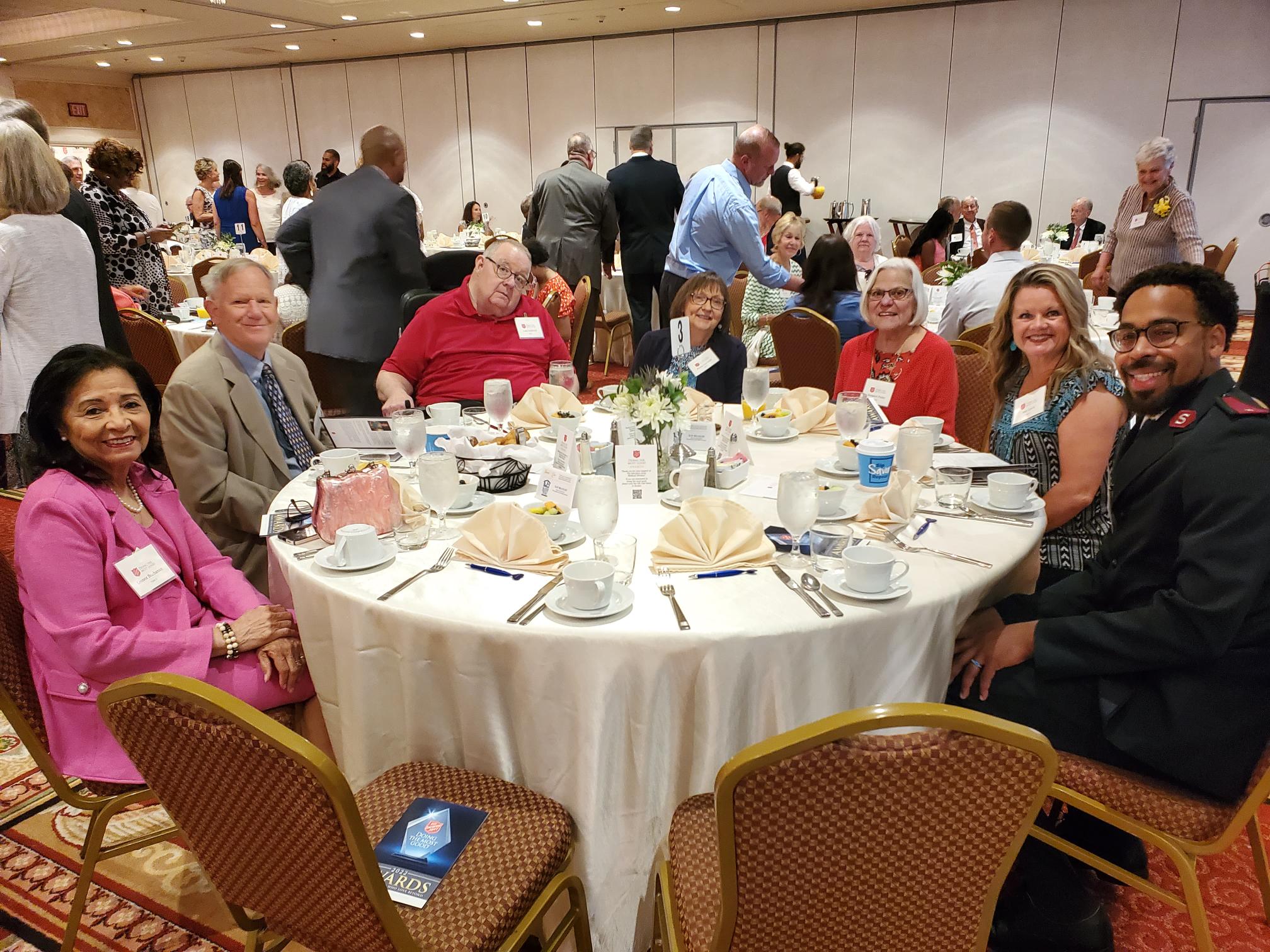 View more pictures from the event: 2022 Doing The Most Good Awards