A lot of personality in The Salvation Army’s bellringers!

He’s been ringing bells on the Illinois side of St. Louis since the early 2000s. 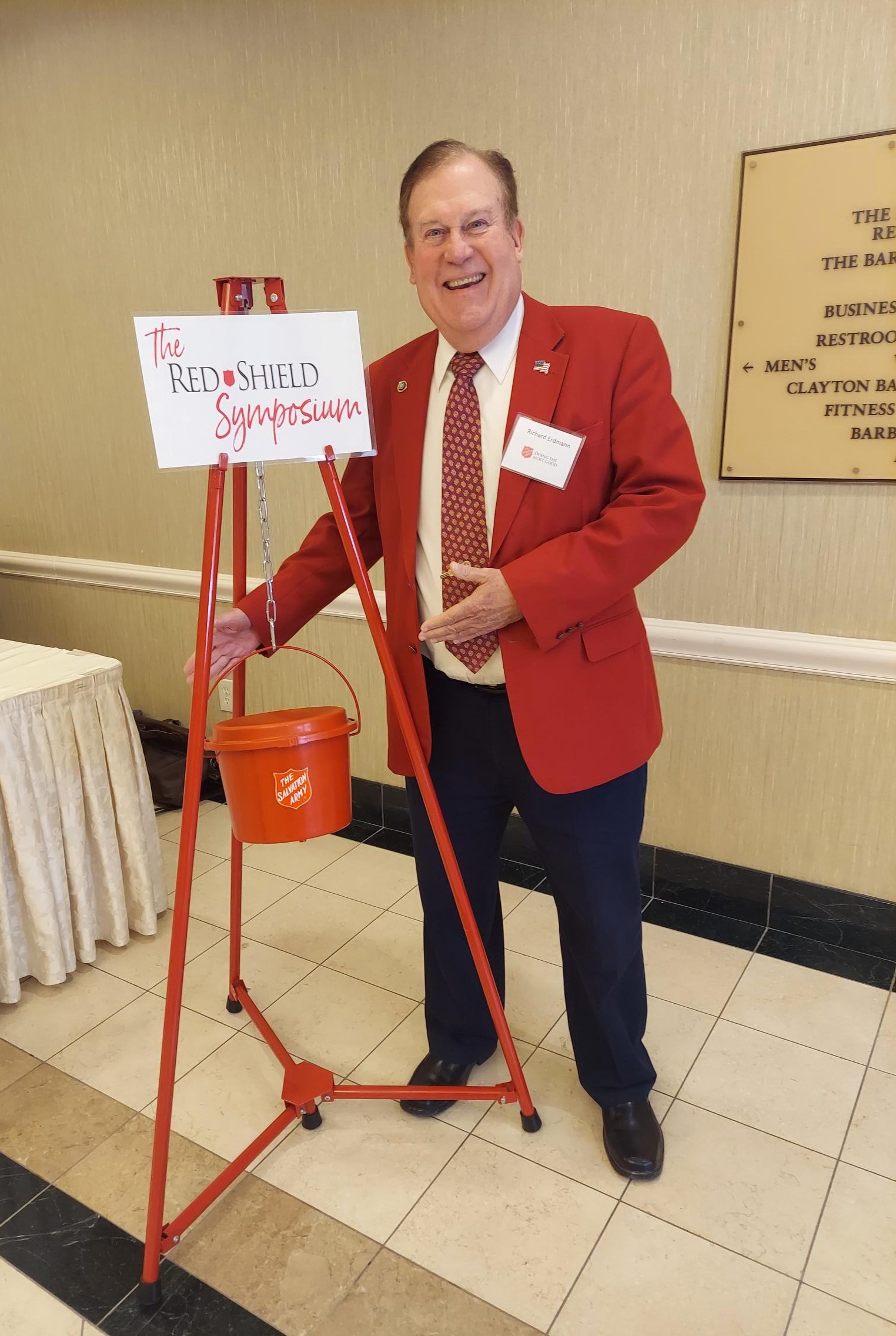 Erdmann’s specialty is turning his kettle scene into a party with caroling, praying, Santa Claus, someone in an elf costume, all of them stationed outside the east door of Dillards at St. Clair Square.

And, hey, sing about alligators while you’re at it.

“We realized we hit on something. So, now it’s a party,” Erdmann said. “We often had the biggest kettle in the region – I don’t know if that is still the case – because we made it a party.”

He explained, “We have an actual song book that was prepared by the award-winning Rotary Club of Swansea, Illinois, to which my wife belongs. We just start with song 1 and go right through to song 32. The fellow there, Jim Reece, put the song book together and has taken some liberties with some of them. ‘Until the other children knock him down’ – it’s ‘until the alligators knock him down.’ There is no song anywhere about alligators for Christmas. Jim has modified that. We generally don’t sing it his way. We sing it straight. We have fun with it.”

Erdmann tells his bellringer genesis story with a warm familiarity that suggests he’s told it before about how his tradition started.

“About 20 years ago, with wind blowing out of the north at 30 mph, it was cold, and nobody was talking or leaving money at the kettles,” he said. “Just ringing bells is not that exciting. Another fellow and his son and I decided that to amuse ourselves, we thought we’d start singing Christmas carols. The strangest thing happened. People stopped and put money in the kettles. People began singing along. People began requesting their favorite Christmas carols.”

Erdmann added, “It is indeed a lot of fun. We do it the first Saturday every December. My guess is we will be there for many years. We generally start at about 8 or 9 a.m., whenever the mail opens, and work to 5 or 6:00, in shifts of two hours. I’m kind of a song leader, I suppose, so I stick around for that. If people don’t want to sing, that’s alright. They can just pray with us. It is great fun.”

The Salvation Army’s red kettles are a big fundraiser for the Red Shield every holiday season, generating $110 million in 2021 to pay for vital services and spiritual support throughout the year, in addition to bellringers being the public face of The Salvation Army during November and December.

You can sign up to ring bells at your local red kettle or start your own virtual red kettle this Christmas season by going to registertoring.com.

The money raised from red kettles stays in the community in which it is donated.