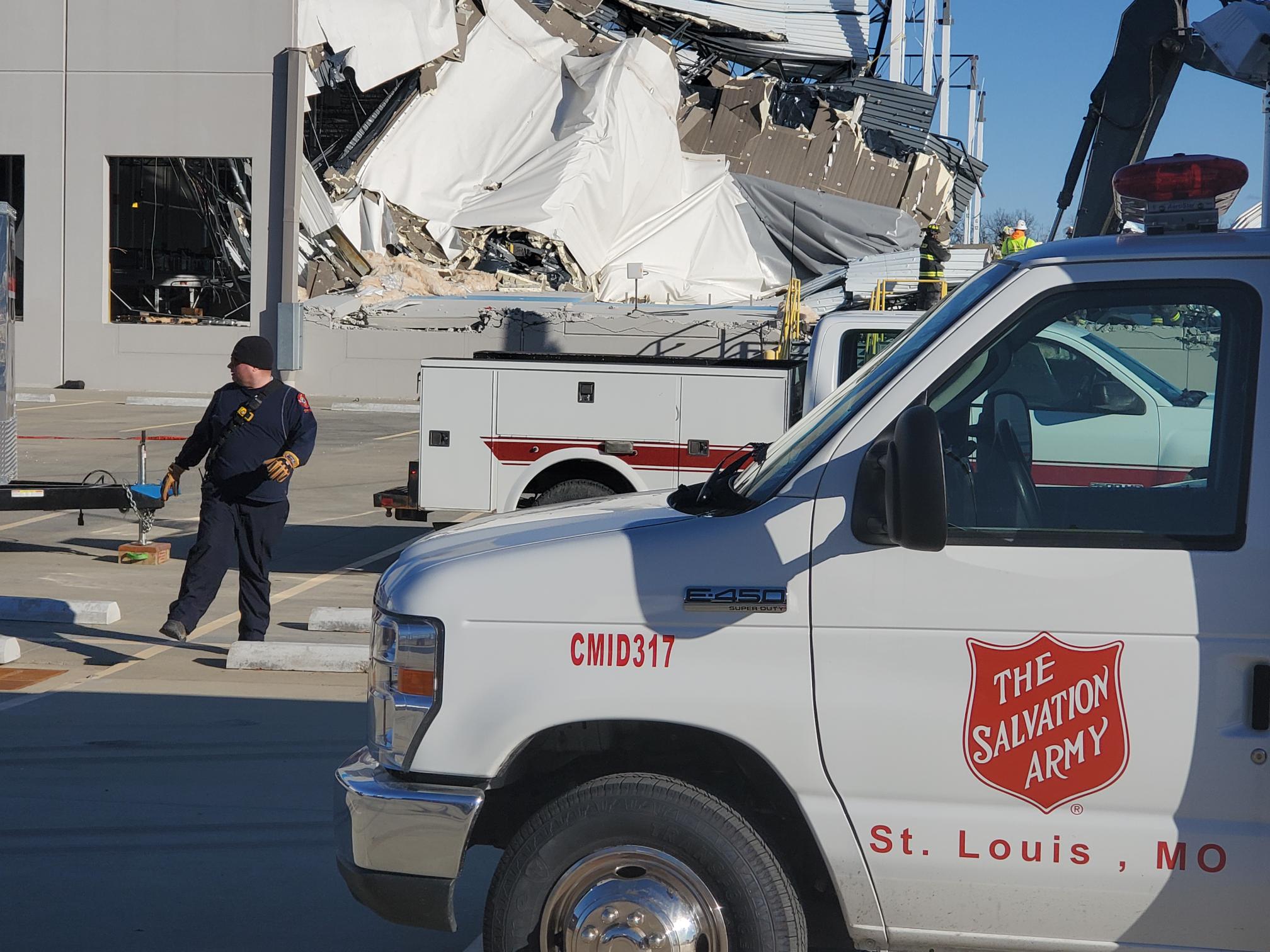 Right away, forces were mobilized.

When a deadly tornado tore through an Edwardsville, Ill., Amazon warehouse late Dec. 10, it was only one of three tornado situations the Salvation Army Midland Division was monitoring at the time.

Two other spots – by Highway 94 in St. Charles County and in two neighboring counties in Southeast Missouri’s Bootheel – were evaluated, and soon, attention shifted to a third, an Amazon warehouse in Edwardsville, just outside St. Louis. 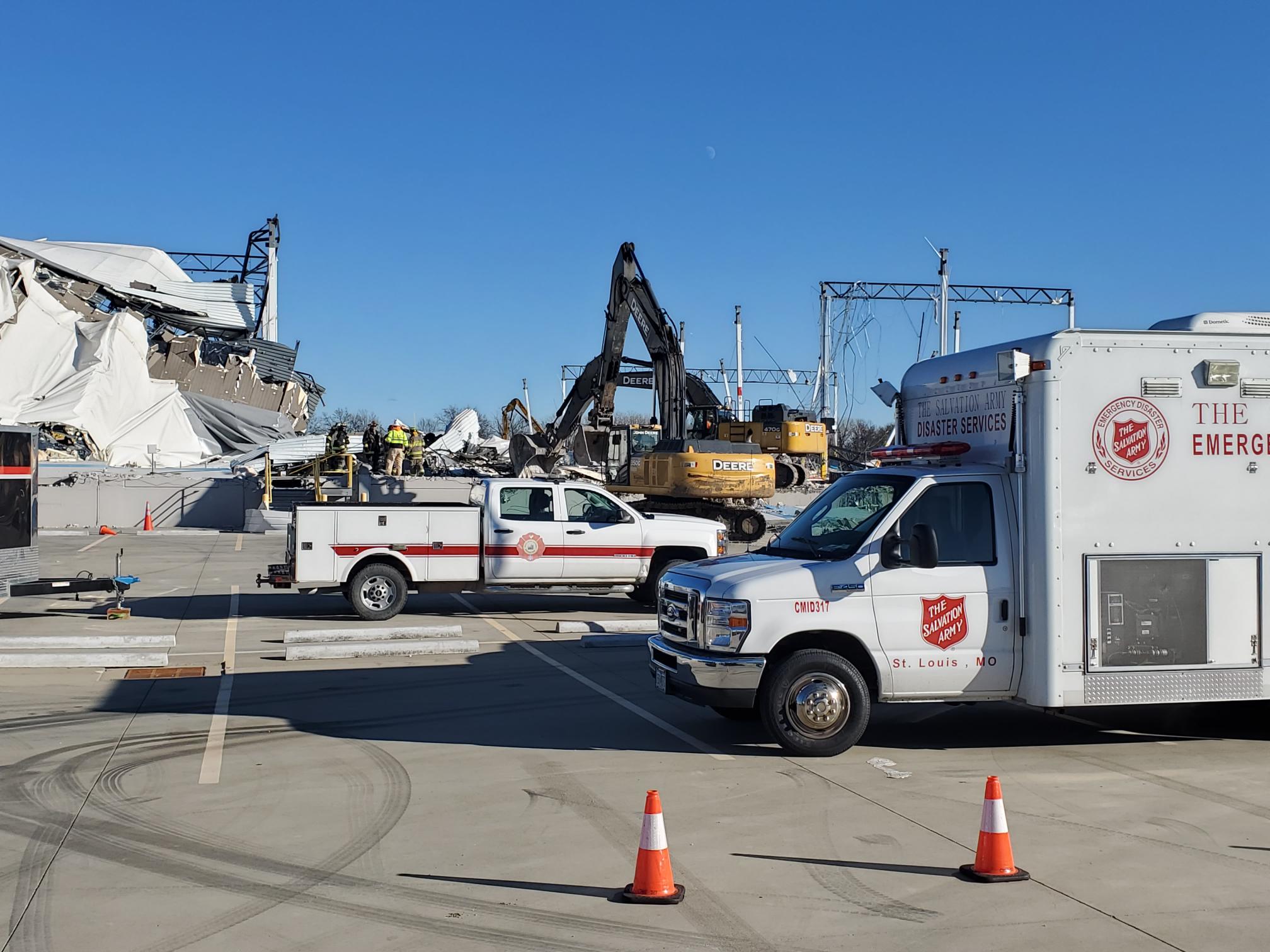 Heading into Dec. 11, The Salvation Army truck found itself parked next to state emergency trucks, police, and other first responder agencies, ready to assist recovery efforts, as the situation was developing.

This was before the full extent of the tornado storm front’s destruction was known, which amounted to at least six deaths at the warehouse and more in other Midwestern and Southern states.

The Amazon warehouse collapsed onto itself, as its massive roof was blown away by the category F-3 storm.

The Salvation Army over the next two days distributed hundreds of meals and hydration to rescue workers, volunteers and other first responders dedicated to finding missing persons, recovering the dead, and cleaning up the tornado’s wreckage.

The official search and recovery effort is complete, but The Salvation Army will continue to give meals to the company providing demolition to the destroyed building, and Amazon’s recovery and investigation groups, in the next week or two, Emergency Disaster Services Divisional Director Martin Rueter said. 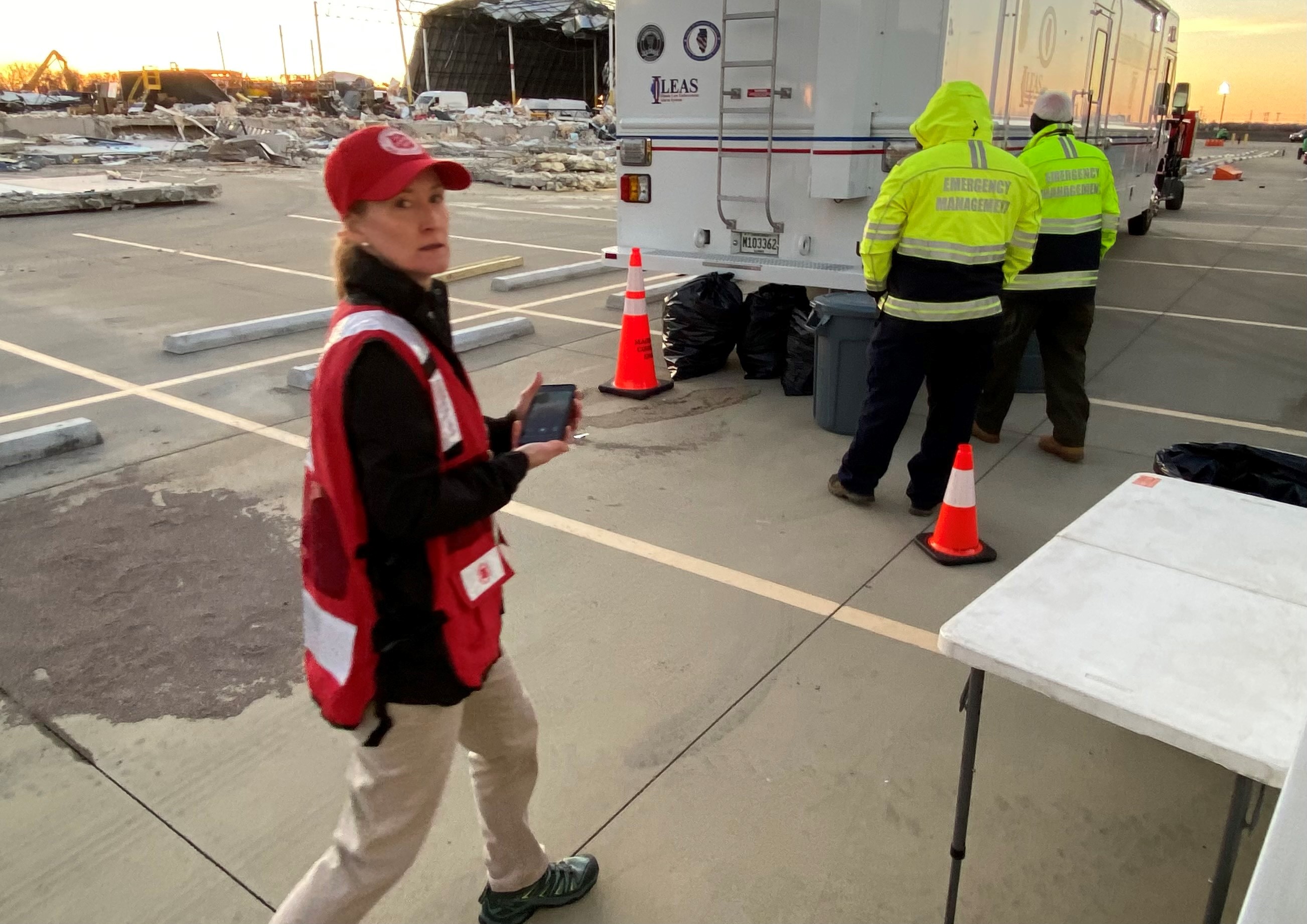 “There was a ton of people there,” Adam Menne, Emergency Disaster Services Chair, said, of the scene Dec. 11. “Outreach from the community was good, as generally is true with these types of disasters. A lot of donations were happening in the moment. Food would show up and be distributed. For example, yesterday, we were in the middle of food delivery. A pickup truck of volunteers showed up. They had a palette of water to donate.”

Menne said, “To manage that and take that on, the impromptu donation, and use it to support the community – all the preplanning and pretraining really paid off.”

The response was mobilized by Rueter, with assistance from Sherita B. Jackson, Deputy Director of Emergency Services, and Gretchen Luke, an Emergency Disaster Services volunteer.

Illinois Gov. J.B. Pritzker issued Dec. 13 a disaster proclamation for that region of the state, which can help bring in support from different levels, such as FEMA and the White House.

"When times are tough, The Salvation Army is there to back up the people who are backing up the community," Menne said. 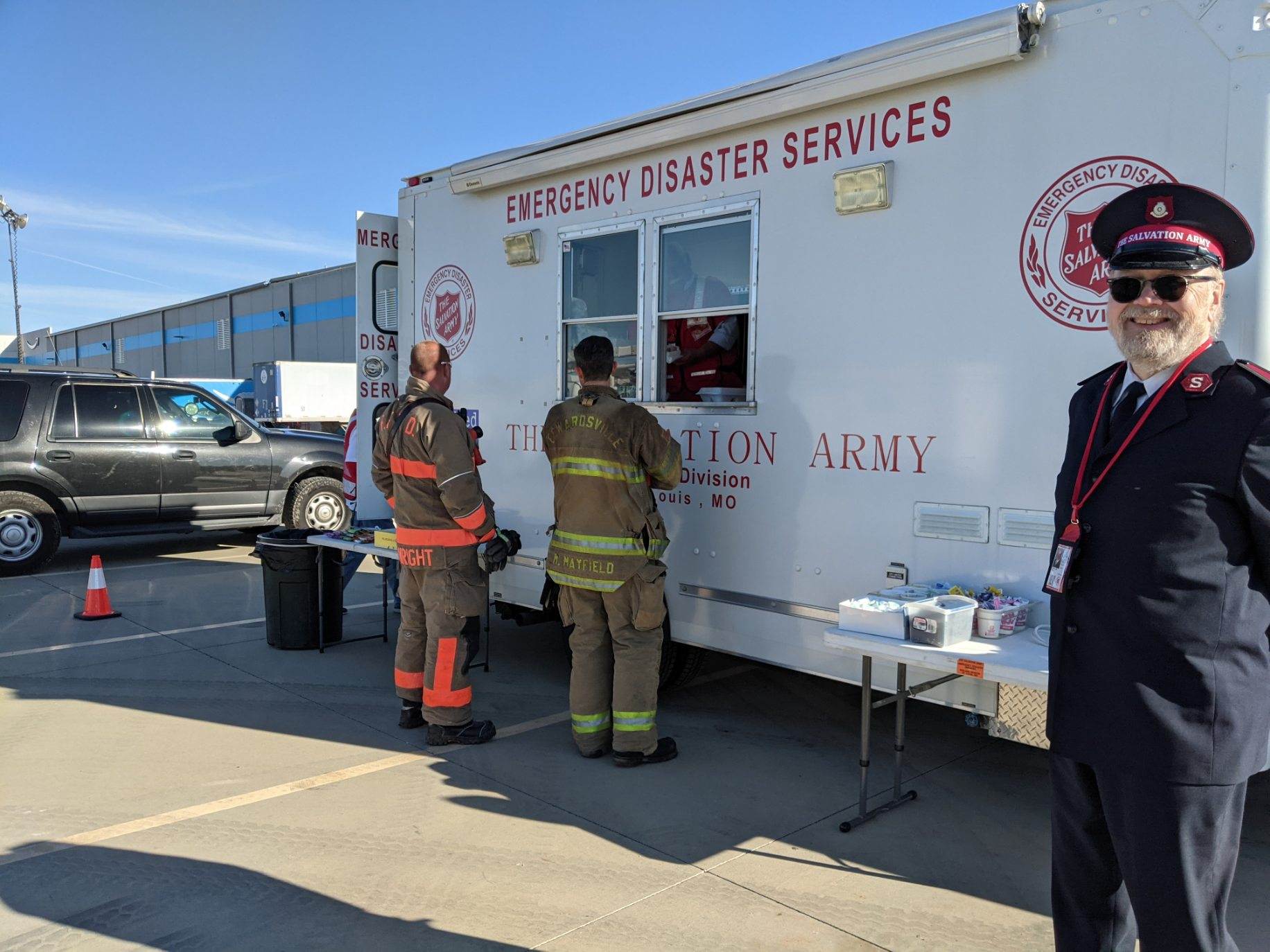