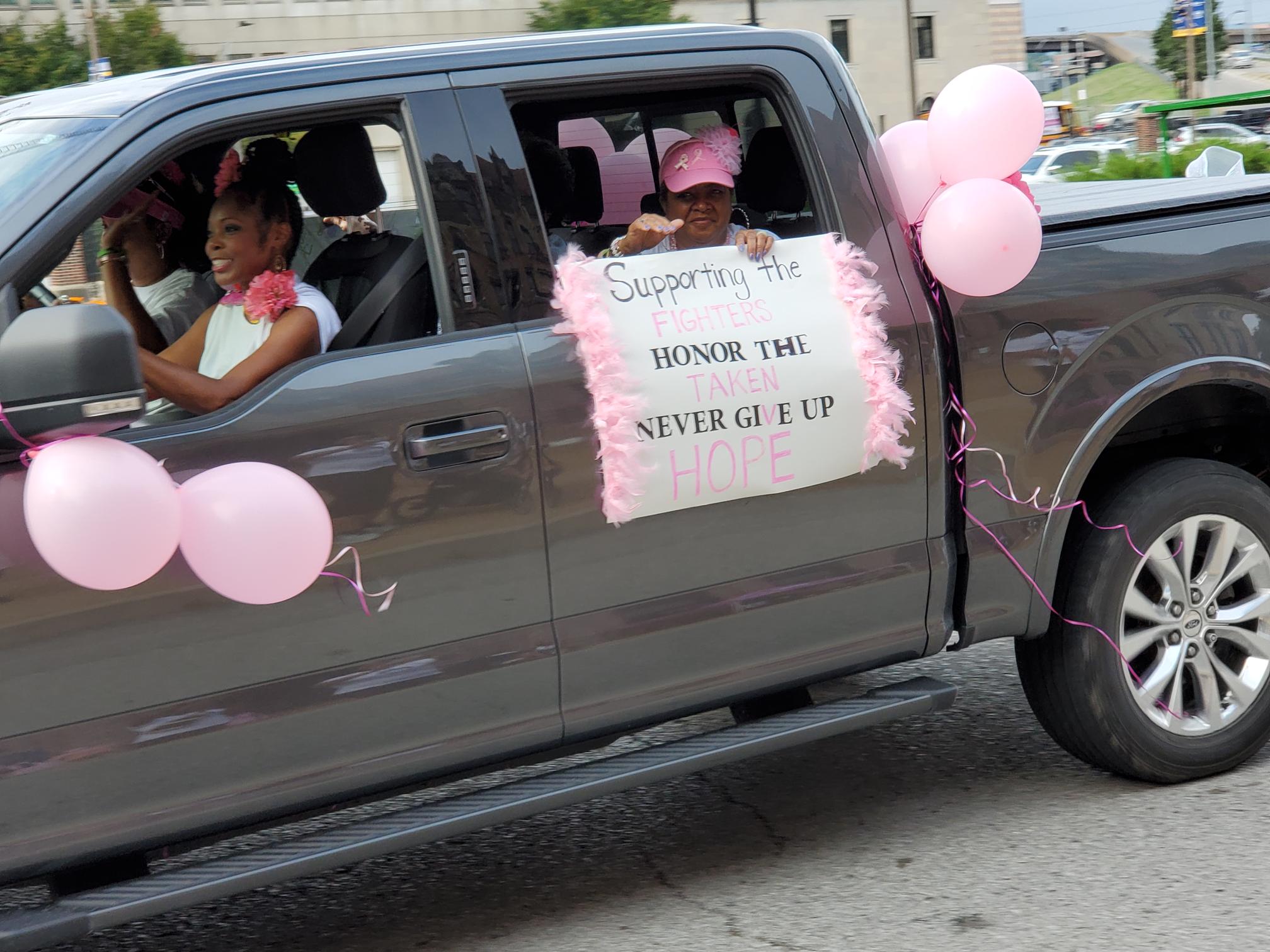 It was a beautiful morning for pink in downtown St. Louis the morning of Oct. 2 for Sista Strut, as the annual parade recognizes the memories of people affected by breast cancer.

This year’s COVID-hybrid brought a crowd large enough – but not too big – to cheer on a line of 100-plus vehicles decorated with tributes to loved ones, covered in bras, t-shirts from Sista Strut years past, and even a boxing ring in the back of a car, with boxers simulating a fight with cancer.

The Salvation Army’s presence was pronounced at the parade for the 12th annual Sista Strut, which in previous years has taken a traditional walk format and last year as a virtual gathering. This year marked the Army’s fourth year as a volunteer sponsor.

LaKeysha Fields, The Salvation Army Midland Division’s Assistant Divisional Director of Social Services, was one of the parade’s judges, evaluating the creativity of the vehicles’ design and cleverness.

Representatives from The Salvation Army’s Ferguson Community Empowerment Center were at a tent discussing and handing out information about the Pathway to Health program, a program that addresses not only the health needs of its participants but also the social determinants of health needs, calls the Ferguson location home.

“It’s very important to focus on health disparities that we know have existed for centuries, but that this pandemic has really brought to the forefront,” Fields said. “Breast cancer for African American women is especially high, especially in St. Louis.”

Pathway to Health specializes in facilitating medical care for uninsured and underinsured patients.

Breast cancer incidence rates are higher among Black women under age 45 than whites. The median age of diagnosis for Black women is 58, while for white women, it is 62.

“Early detection is key,” Fields said. “Making sure that people have the resources they need if they are diagnosed.”

A DJ added a well-curated list of hip-hop and dance music that got the Saturday mid-morning crowd going early, with few if any coffee cups anywhere in sight.