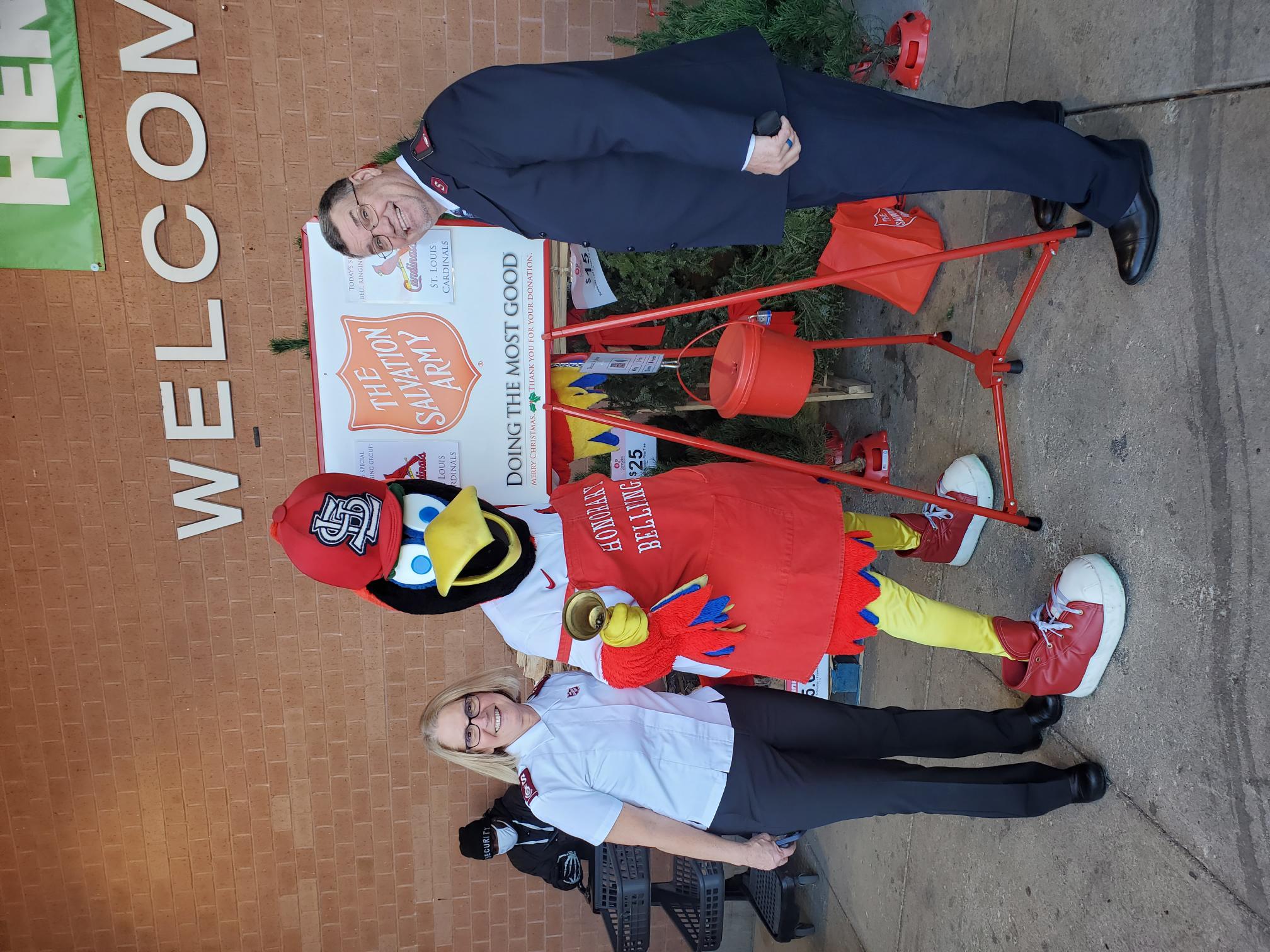 Starstruck fans of all ages of Fredbird showed excited faces when meeting The St. Louis Cardinals mascot. Fredbird brought his friends from Team Fredbird, who are his biggest fans and cheerleaders, to ring the bell.

Donations collected that day totaled $1,651.03. We thank the Cardinals and Schnucks so very much in helping us to collect so much! 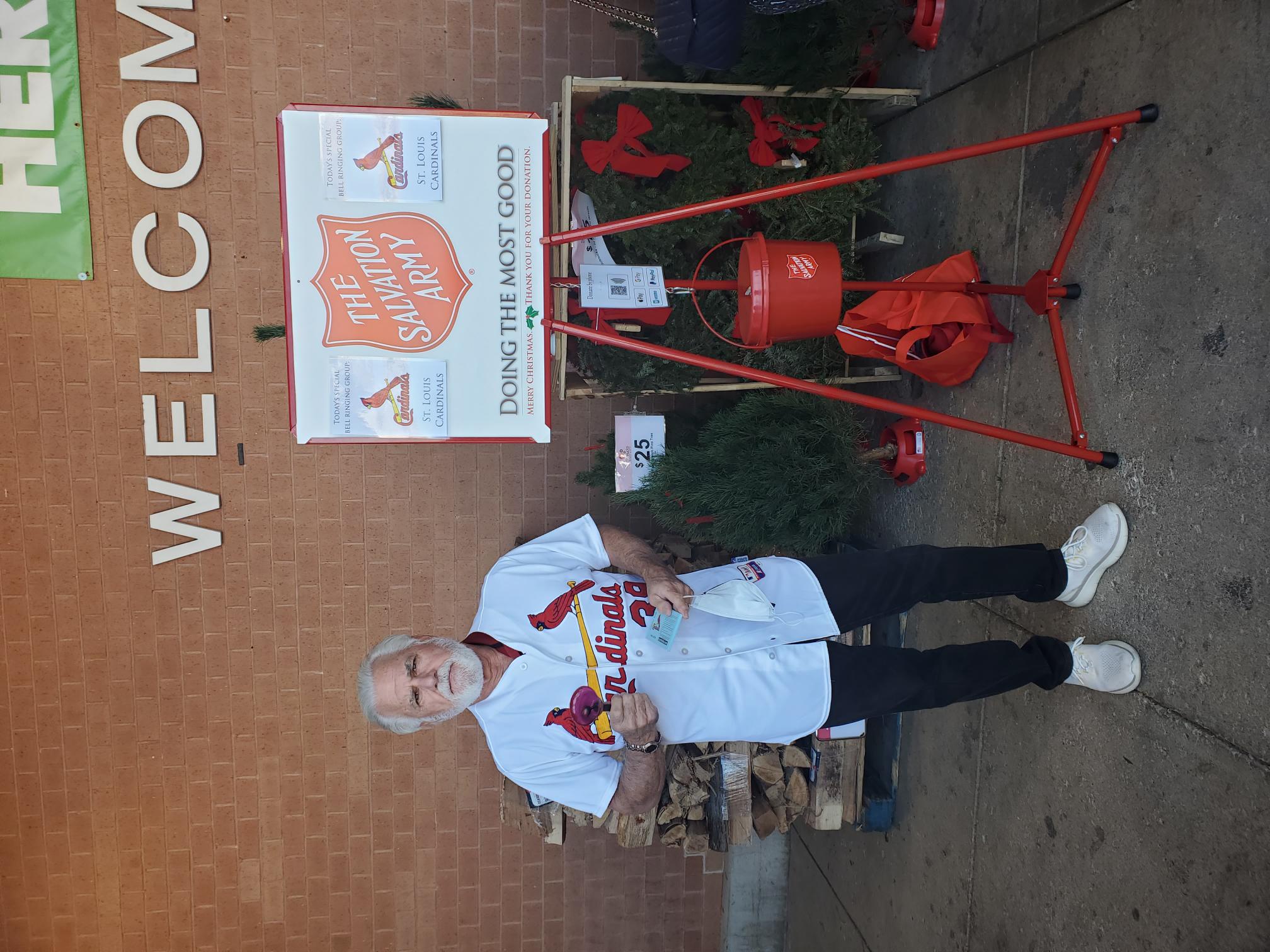 Cards fans who gave $5 or more received a coupon for two free home game tickets Monday through Thursday for the 2022 season, courtesy of the Cardinals.

“We shouldn’t do it just one day out of the year,” Claiborne said, in the crisp fall wind. “The Salvation Army has done such a great job of touching so many people. Being aligned with them and knowing that it’s going to the right places is one of the reasons I’m out here. It’s important because we should always be trying to help people.”

Claiborne said of bellringing, "I get a kick out of it. You meet so many people and see people are giving. We have so many giving people in St. Louis. Being out here on a day like today, running into friends, family or people, in general. It's a great time to gather, this time of year." 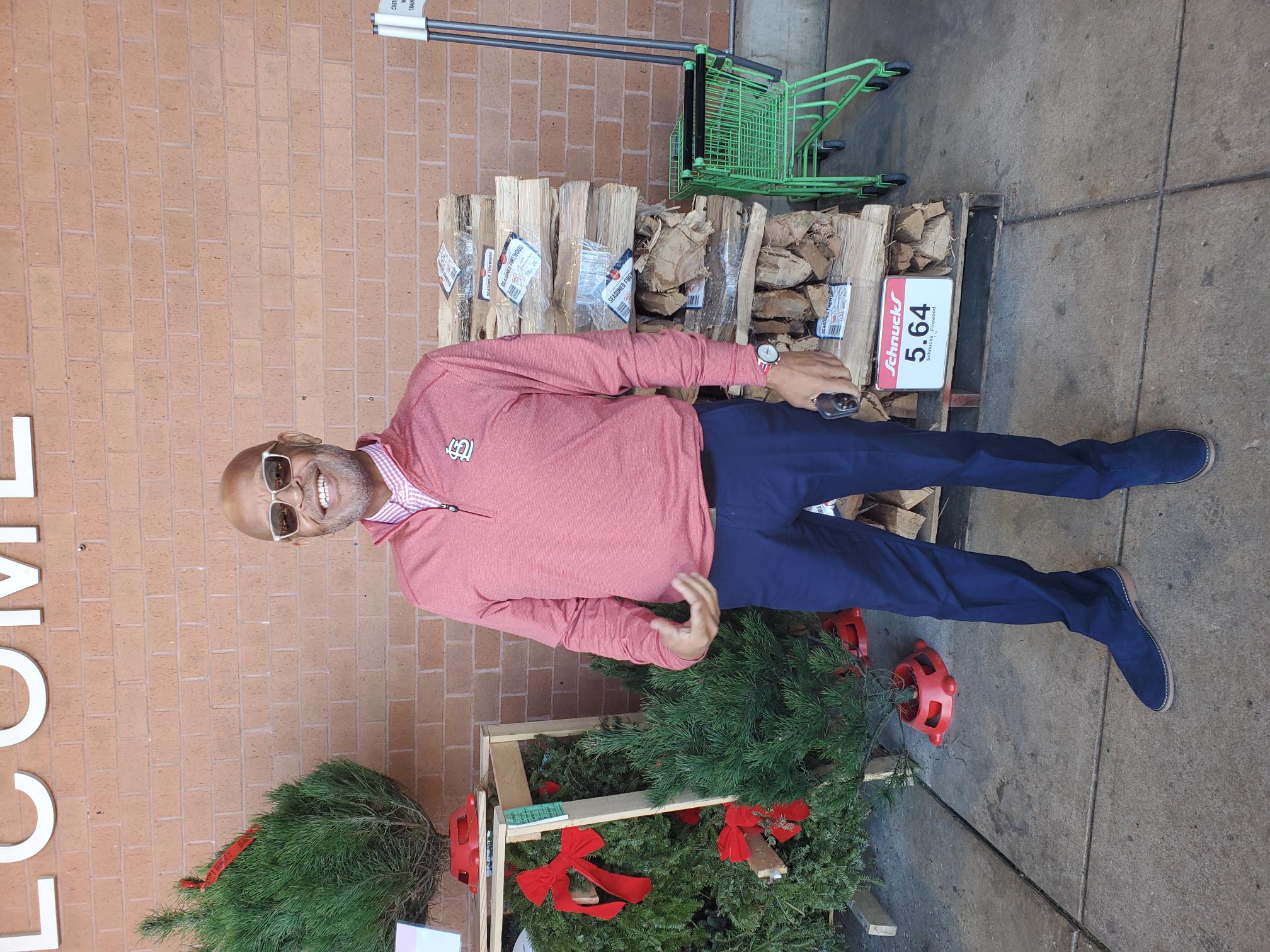