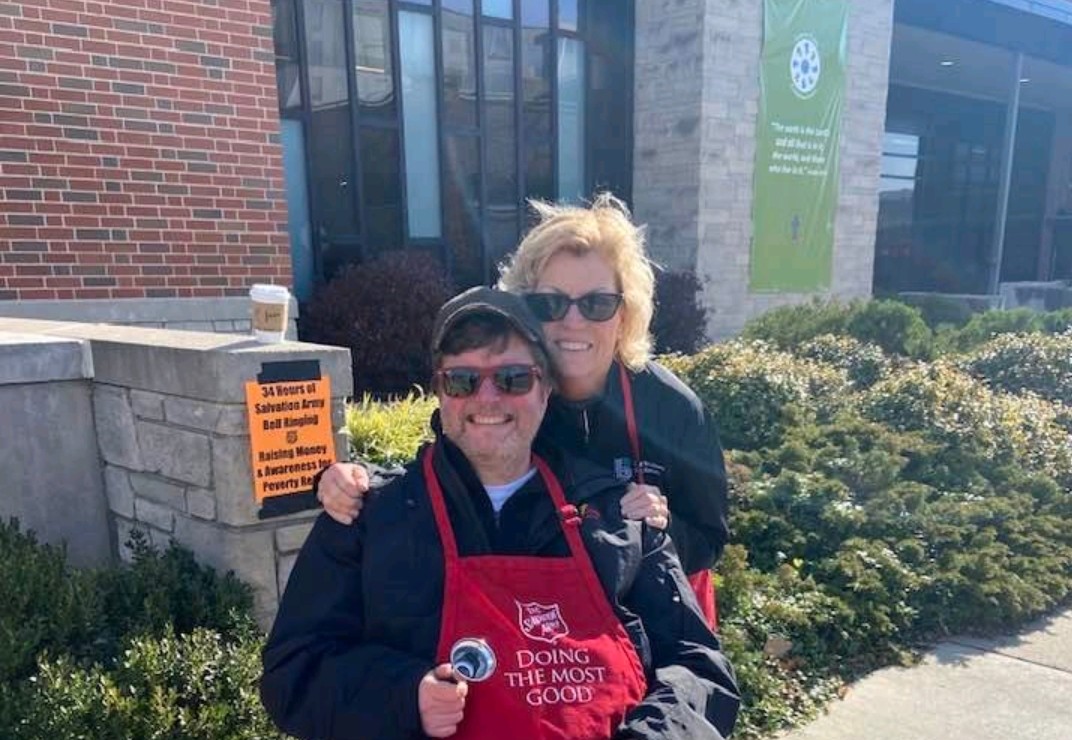 The Salvation Army’s Sean Spence put on his bellringing shoes on the morning of Saturday and didn’t take them off until Sunday night.

Spence, The Salvation Army’s Regional Director of Community Relations in Columbia, Mo., rang the bell for donations for 34 straight hours over the weekend, staying awake the entire time, at the First Presbyterian Church.

“It was a very long time,” Spence said after the 34 hours bellringing. “It was exhausting. We had amazing people involved. We raised a bunch of money at about a 100% profit margin. It was a really wonderful event that really drew attention to The Salvation Army for poverty relief efforts.”

About $3,600 was raised in person and online from a virtual kettle. Additional funds will come in from QR code, Venmo donations and email outreach. Donors were streaming through Spence’s station through 3:30 a.m.

Spence said he was aiming for a world record in consecutive time spent ringing a bell.

He said his plan was to fast for the shift in attempts to avoid bathroom trips. But as daylight broke Sunday, Spence found himself munching on chocolate-covered blueberries for energy to keep going.

“They were so good,” Spence said. “They were really good at helping me stay awake, that quick pop of energy.”

Donors had fun stories throughout the 34 hours, Spence said, including The Salvation Army’s support for their families in times of need.

“My favorite story was the young man, at about 2 a.m., parked his car across the street, ran across the empty street, as he was putting $20 in the bucket,” Spence said. “He said, ‘When my dad left my mom and me in Kentucky, the Salvation Army absolutely saved my life.’ Then he ran back across the street, jumped in his car and drove off. That was a nice car, and he was wearing nice clothes. He was a clean-cut, great kid, whose life was obviously on the right track because of The Salvation Army.”

What do people do after completing a 34-hour shift?

“My wife drove me home because we were worried that I would fall asleep and crash, which very possibly would have happened,” Spence said. “She had ordered me a pizza. I ate the pizza then probably fell asleep. I slept through to the morning, then went and did a full day of work [on Monday].”