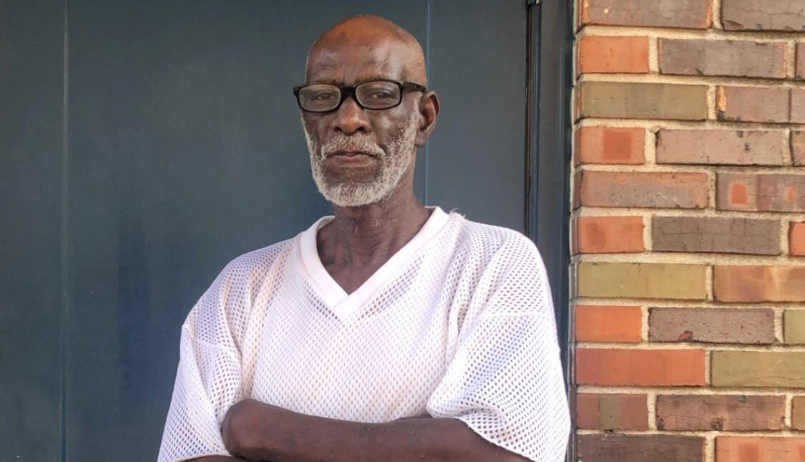 Investing in himself paid off for veteran Andrew Love, who is living in The Salvation Army’s transition in place housing (TIP) in South St. Louis after ridding himself of crack cocaine and living in the streets.

As he approached 66 this year, Love planned to shed his longtime drug and cigarette habits, the latter leading to persistent coughing. The dehumanizing lack of respect towards homeless people that he experienced was also crippling and “heartbreaking,” Love said.

“You’d be surprised,” he said.

After spending time in the City of St. Louis’ “tiny houses” program for veterans, Love was referred to The Salvation Army for its TIP program and case manager Antoinette Roberts.

The TIP program is permanent housing for veterans with access to social services assistance. The emphasis is helping to keep people in place.

Love said of his one-bedroom apartment, which has a kitchen, living area, dining area and bathroom. “It is a stepping stone for me. … Most important was I had God. Faith helped my situation. That was a great blessing.”

Given his veteran status and income streams from the VA and Social Security, Love had a step in the right direction but needed something extra.

“I don’t mind speaking my mind, asking questions and relating to people, it’s no problem,” Love said recently in his TIP apartment, on a summer afternoon, of his entrance into the Salvation Army community. “I think that had a lot to do with it. They were very cooperative. They made an effort to help me because I needed help. I was honest. Like, ‘I don’t need this – yes, I do need it.’”

Love had extremely difficult circumstances of poverty as a youth and talked of how it affected his life.

“I came into this world in a messed-up situation,” Love said. “My mother was young and a very poor child. My dad went to the Army and left her all alone, with child. She had nobody to support her, and her family put her out.”