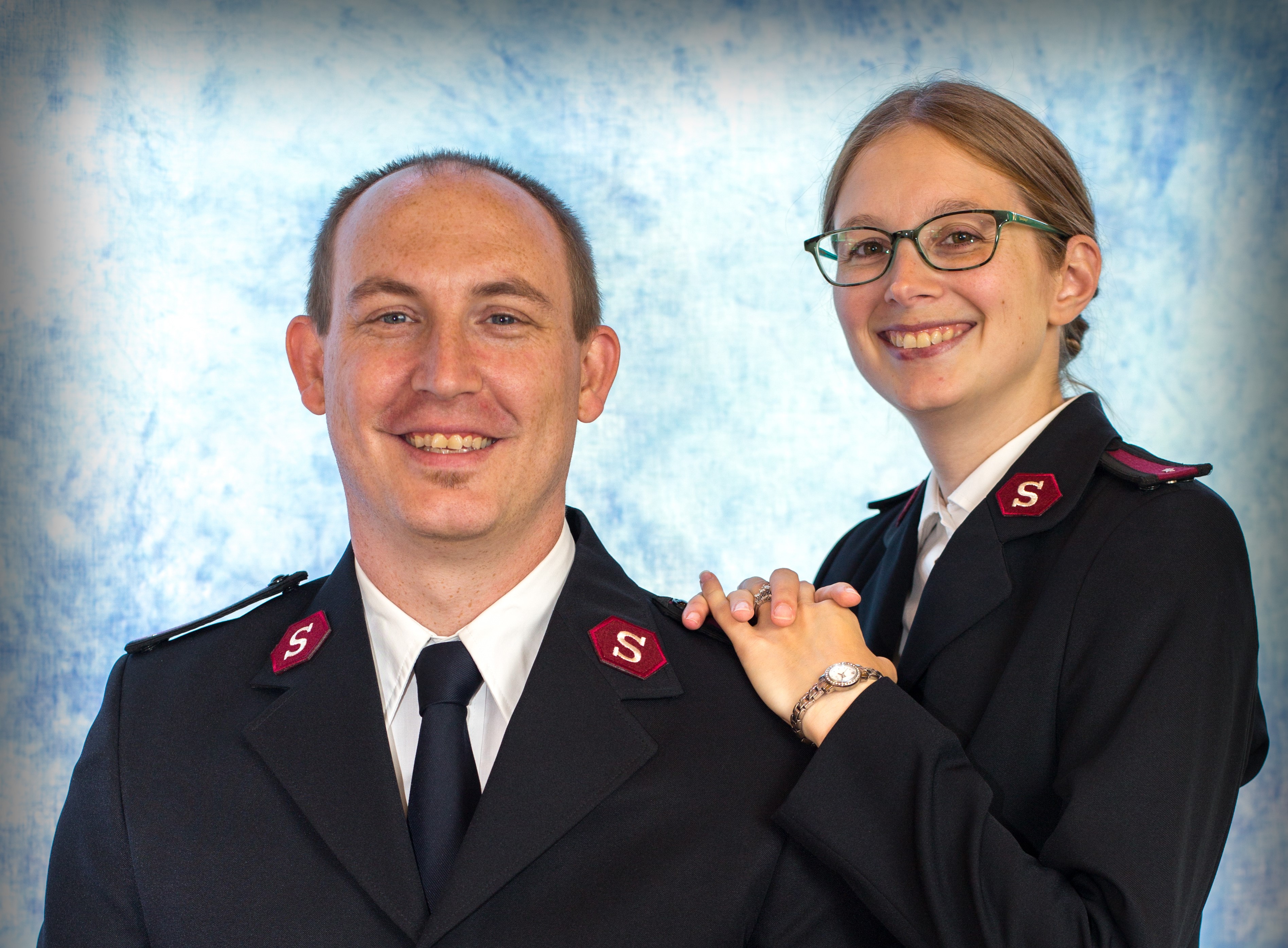 Discipleship is at the heart of the new Divisional Youth and Candidate Secretaries, Lts. Matt and Virginia DeGonia, who started their latest assignments in September.

“We want our youth to be discipled in such a way that they continue to grow in the Lord,” Lt. Matt said. “The church, as a whole, in the West is seeing a decline, pretty much high school to young adults. We want to see those kids grow up in our churches, discipleship them in a way that shows them they have a relationship with the Lord.”

The lieutenants will be working with individuals, some kids and some not, who appear to be strong candidates motivated by the Holy Spirit and acting on a calling from God. The DeGonias, who come to St. Louis after being corps officers in Cape Girardeau, will be looking to tap into that for canvassing the future of The Salvation Army.

Lt. Matt has been immersed in the Army since birth, as a third generation Salvationist. His grandmother was a 50-year soldier at a corps, and an aunt and uncle are officers. Lt. Matt interned at the Salvation Army Euclid corps.

Lt. Virginia is a convert by way of Lt. Matt, but who had a positive and generous experience with The Salvation Army in 1993 when social services helped her and her family after a devastating flood. The journey has led her to Salvationism.

“I had a history with The Salvation Army, but it was mostly from the social services,” Lt. Virginia said. “I did not really start attending the Army until after high school, and I met Matt. I attended on my own but learned about it through him.”

In their current jobs, the lieutenants oversee all the summer youth camps, as well as year-round camp events, such as youth councils. As part of their job title, finding strong candidates is about recognizing individuals who have a special relationship with God.

“The best example of building a disciple relationship is with Jesus,” Lt. Matt said. “What did he do with his disciples – he stayed with them, he fellowshipped with them, but he taught with them. It’s all about, ‘How do we be more like Jesus to our youth?’ If we do that right, I think discipleship is pretty natural.”