The Salvation Army, an international movement, is an evangelical part of the universal Christian church. Its message is based on the Bible. Its ministry is motivated by the love of God. Its mission is to preach the gospel of Jesus Christ and to meet human needs in His name without discrimination.

With God’s help we will be beacons of light guiding others to the saving grace of God our Father, witness to the world using our talents and resources, accept the responsibility of providing for the spiritual and physical needs of the world, both near and far, and disciple all believers for spiritual growth and ministry.

To support the local year-round outreach & ministry of The Salvation Army, financial contributions can be sent to The Salvation Army, P.O Box 9685 in Springfield MO 65801-9685, by calling 1-800-SAL-ARMY or by donating online here – 82¢ of every dollar goes directly toward local programs & services that help Ozarks residents in need.

The Salvation Army is led by officers — ordained ministers — who supervise the many programs and services provided in your area. They also serve as administrators, counselors and youth leaders. At the Salvation Army Springfield, Majors Jon and Kris Augenstein are your primary point of contacts for questions, comments or requests for assistance. 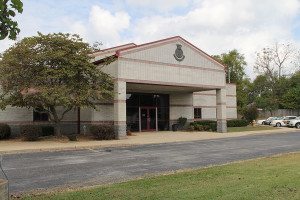 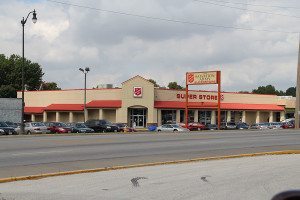 William Booth embarked upon his ministerial career in 1852, desiring to win the lost multitudes of England to Christ. He walked the streets of London to preach the gospel of Jesus Christ to the poor, the homeless, the hungry, and the destitute.

Booth abandoned the conventional concept of a church and a pulpit, instead taking his message to the people. His fervor led to disagreement with church leaders in London, who preferred traditional methods. As a result, he withdrew from the church and traveled throughout England, conducting evangelistic meetings. His wife, Catherine, could accurately be called a cofounder of The Salvation Army.

In 1865, William Booth was invited to hold a series of evangelistic meetings in the East End of London. He set up a tent in a Quaker graveyard, and his services became an instant success. This proved to be the end of his wanderings as an independent traveling evangelist. His renown as a religious leader spread throughout London, and he attracted followers who were dedicated to fight for the souls of men and women.

Thieves, prostitutes, gamblers, and drunkards were among Booth’s first converts to Christianity. To congregations who were desperately poor, he preached hope and salvation. His aim was to lead people to Christ and link them to a church for further spiritual guidance.

Many churches, however, did not accept Booth’s followers because of their past. So Booth continued giving his new converts spiritual direction, challenging them to save others like themselves. Soon, they too were preaching and singing in the streets as a living testimony to the power of God.

In 1867, Booth had only 10 full-time workers, but by 1874, the number had grown to 1,000 volunteers and 42 evangelists, all serving under the name “The Christian Mission.” Booth assumed the title of general superintendent, with his followers calling him “General.” Known as the “Hallelujah Army,” the converts spread out of the East End of London into neighboring areas and then to other cities.

Booth was reading a printer’s proof of the 1878 annual report when he noticed the statement “The Christian Mission is a volunteer army.” Crossing out the words “volunteer army,” he penned in “Salvation Army.” From those words came the basis of the foundation deed of The Salvation Army.

From that point, converts became soldiers of Christ and were known then, as now, as Salvationists. They launched an offensive throughout the British Isles, in some cases facing real battles as organized gangs mocked and attacked them. In spite of violence and persecution, some 250,000 people were converted under the ministry of The Salvation Army between 1881 and 1885.

Meanwhile, the Army was gaining a foothold in the United States. Lieutenant Eliza Shirley had left England to join her parents, who had migrated to America earlier in search for work. In 1879, she held the first meeting of The Salvation Army in America, in Philadelphia. The Salvationists were received enthusiastically. Shirley wrote to General Booth, begging for reinforcements. None were available at first. Glowing reports of the work in Philadelphia, however, eventually convinced Booth, in 1880, to send an official group to pioneer the work in America.

On March 10, 1880, Commissioner George Scott Railton and seven women officers knelt on the dockside at Battery Park in New York City to give thanks for their safe arrival. At their first official street meeting, these pioneers were met with unfriendly actions, as had happened in Great Britain. They were ridiculed, arrested, and attacked. Several officers and soldiers even gave their lives.

Three years later, Railton and other Salvationists had expanded their operation into California, Connecticut, Indiana, Kentucky, Maryland, Massachusetts, Michigan, Missouri, New Jersey, New York, Ohio, and Pennsylvania. President Grover Cleveland received a delegation of Salvation Army officers in 1886 and gave the organization a warm personal endorsement. This was the first recognition from the White House and would be followed by similar receptions from succeeding presidents.

General Booth’s death in 1912 was a great loss to The Salvation Army. However, he had laid a firm foundation’ even his death could not deter the ministry’s onward march. His eldest son, Bramwell Booth, succeeded him.