The video featured on this page is a salute to the 2020 class of D.J.’s Hero Awards honorees — a special way to recognize their achievements during these challenging times.

Following public health recommendations amid the COVID-19 pandemic, The Salvation Army of Omaha canceled the 2020 D.J.’s Hero Awards Luncheon that had been scheduled for May 5. This marked the first time in the event’s long history that it’d been canceled.

We have honored D.J.’s Hero scholarship winners every year for more than two decades now, and we believe it’s very important to keep this wonderful tradition alive. That’s why we’ve produced this video. It is the product of a collaboration between our officers and staff at The Salvation Army of Omaha, our generous event sponsors, and KETV (the longtime media sponsor of the D.J.’s Hero Awards Luncheon). In the video, you will hear the inspiring stores behind this year’s scholarship winners, alongside a special message from the Sokol family — who underwrite the scholarships and whose late son is the namesake of the Hero Awards.

While we know that this video cannot take the place of the luncheon event, we are hopeful that it will carry forward the uplifting spirit of that event — and, most of all, that it will ensure that this year’s heroes receive the recognition they so richly deserve. 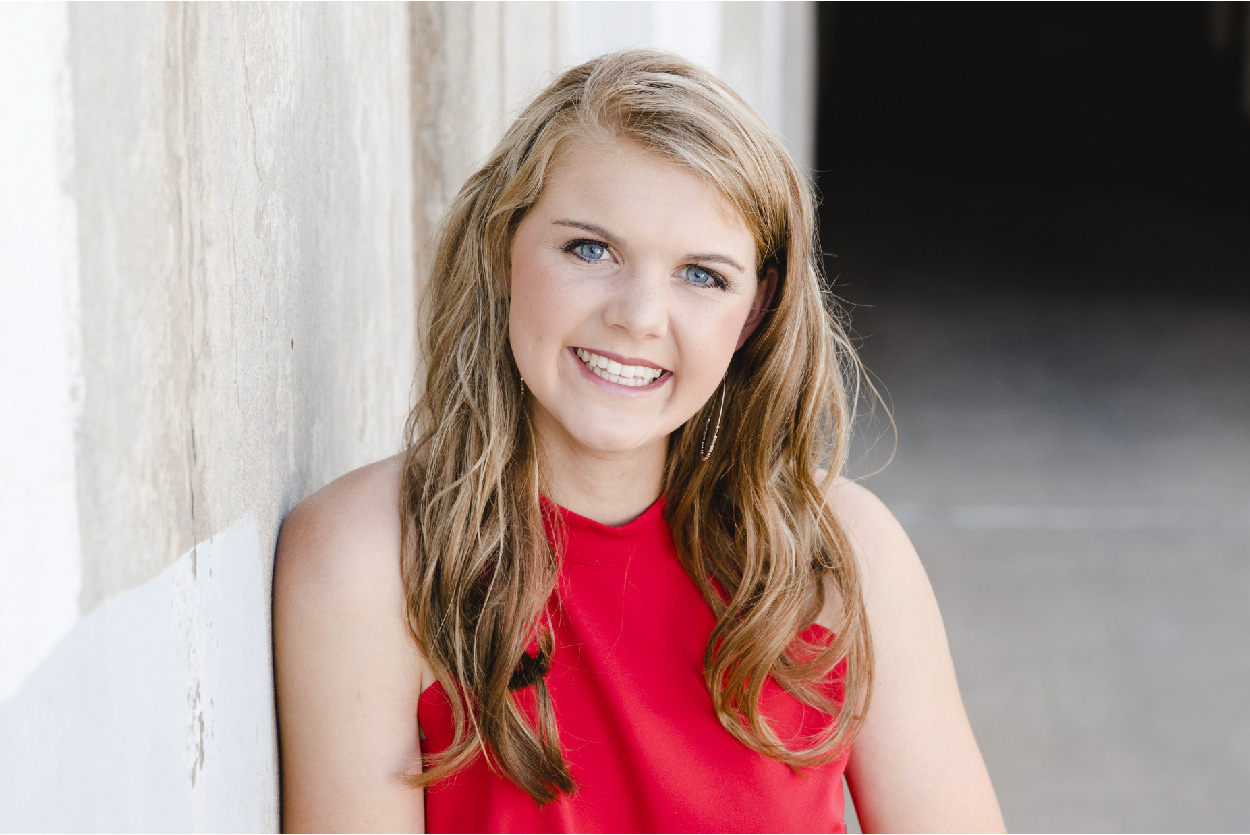 Diagnosed with epilepsy as a young child, Keeley Allen, of Aurora, suffered several seizures every week for years. Though she endured multiple lengthy hospital stays, several drug trials and brain surgery, Keeley persevered with courage and resilience, ultimately earning a 3.78 GPA while also pursuing a variety of extracurricular activities – including athletics, speech and show choir -- a part-time job at the local hospital and extensive community service. She will major in Early Childhood Development at Hastings Community College. 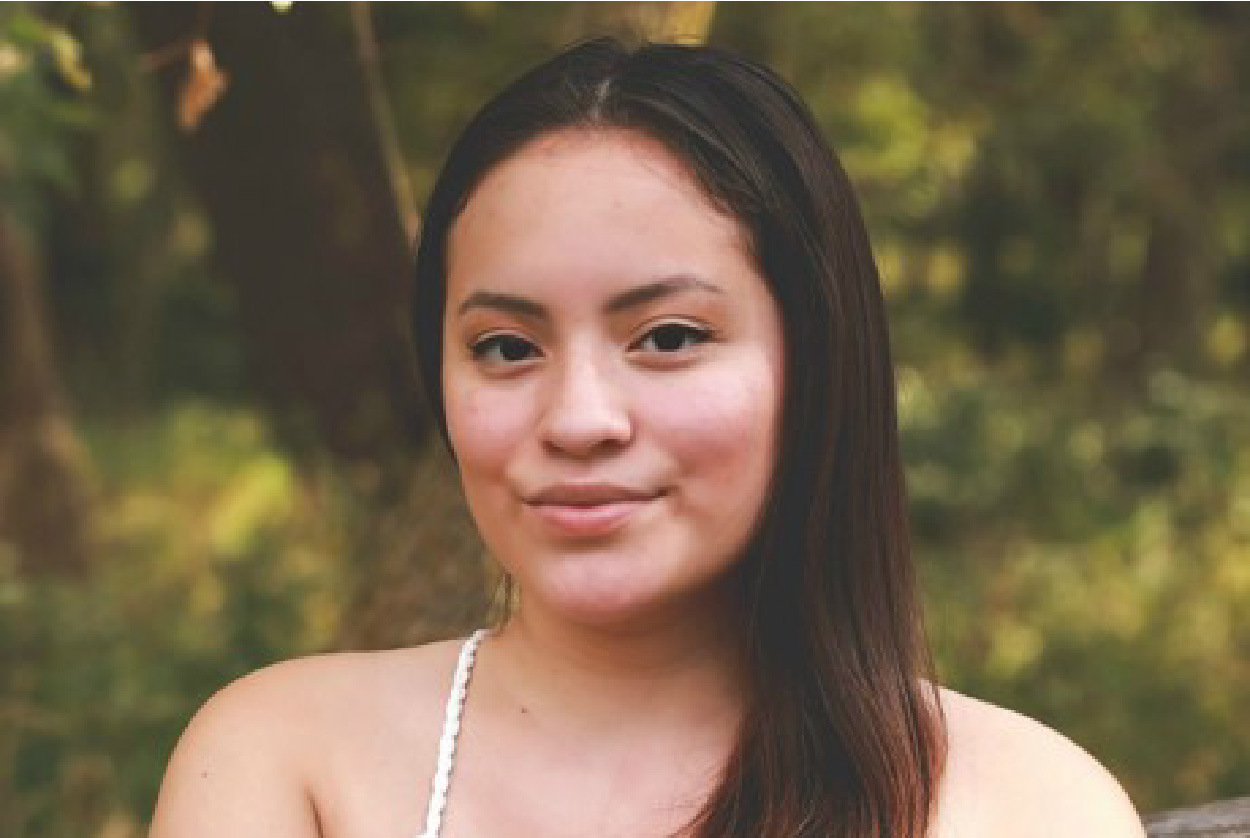 When her mother faced deportation, Veronica Alonso, of Bellevue, testified in court on her behalf at the age of 12, and she has since become an advocate for her Latino community, particularly young Latino students like herself who are aspiring to attend college. In addition to being valedictorian of her class, the 2020 class president and National Honor society secretary, Veronica volunteers as an interpreter for OneWorld Community Health Center. She will major in biology/pre-med at Stanford University in the fall. 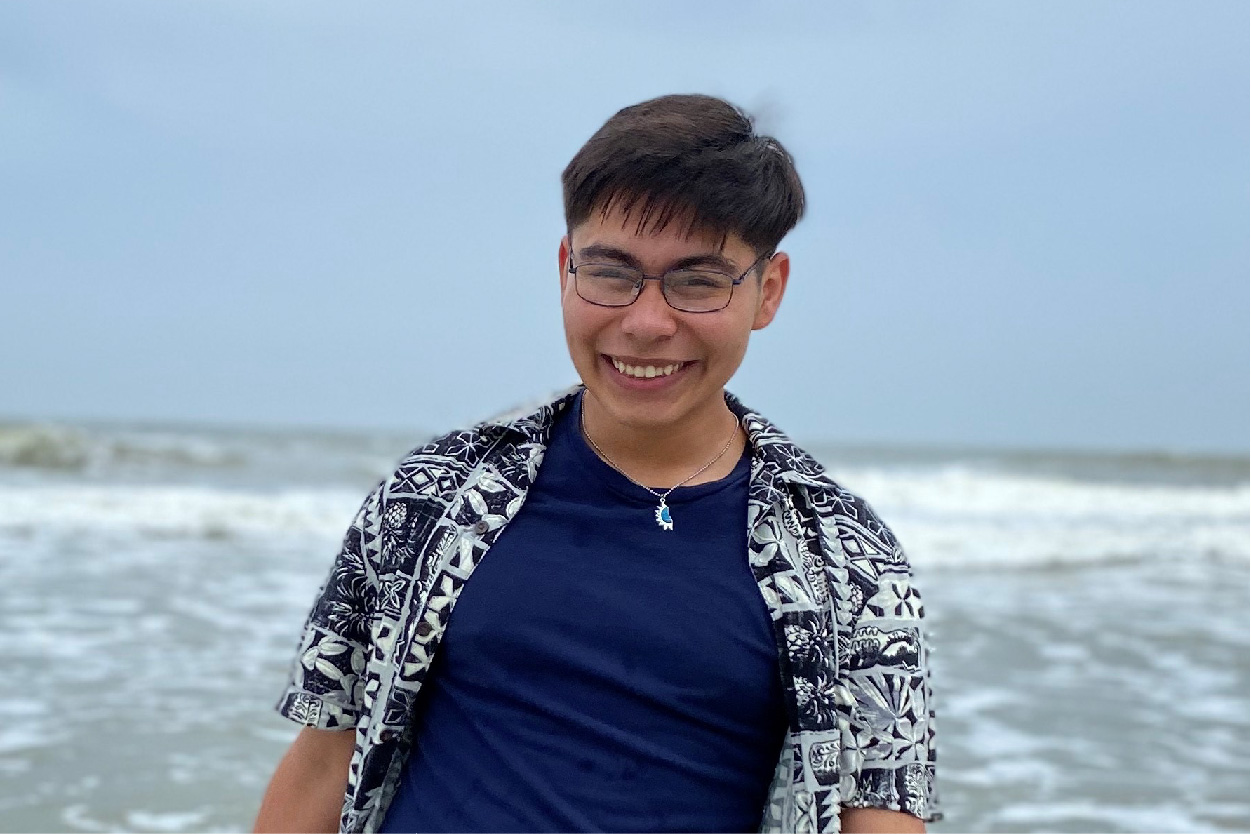 Jeffry Atilano-Duenas, of Omaha, spent his childhood in Mexico, where he went to work at age 13 to raise the funds needed to relocate to the United States. After arriving in Nebraska, Jeffry lived in a men’s shelter and a transitional living program. Despite this challenging environment, he learned English in a year, maintained a 3.2 GPA and excelled as a member of his high school’s pre-professional dance company, show choir and marching band. Jeffry plans to attend UNO. 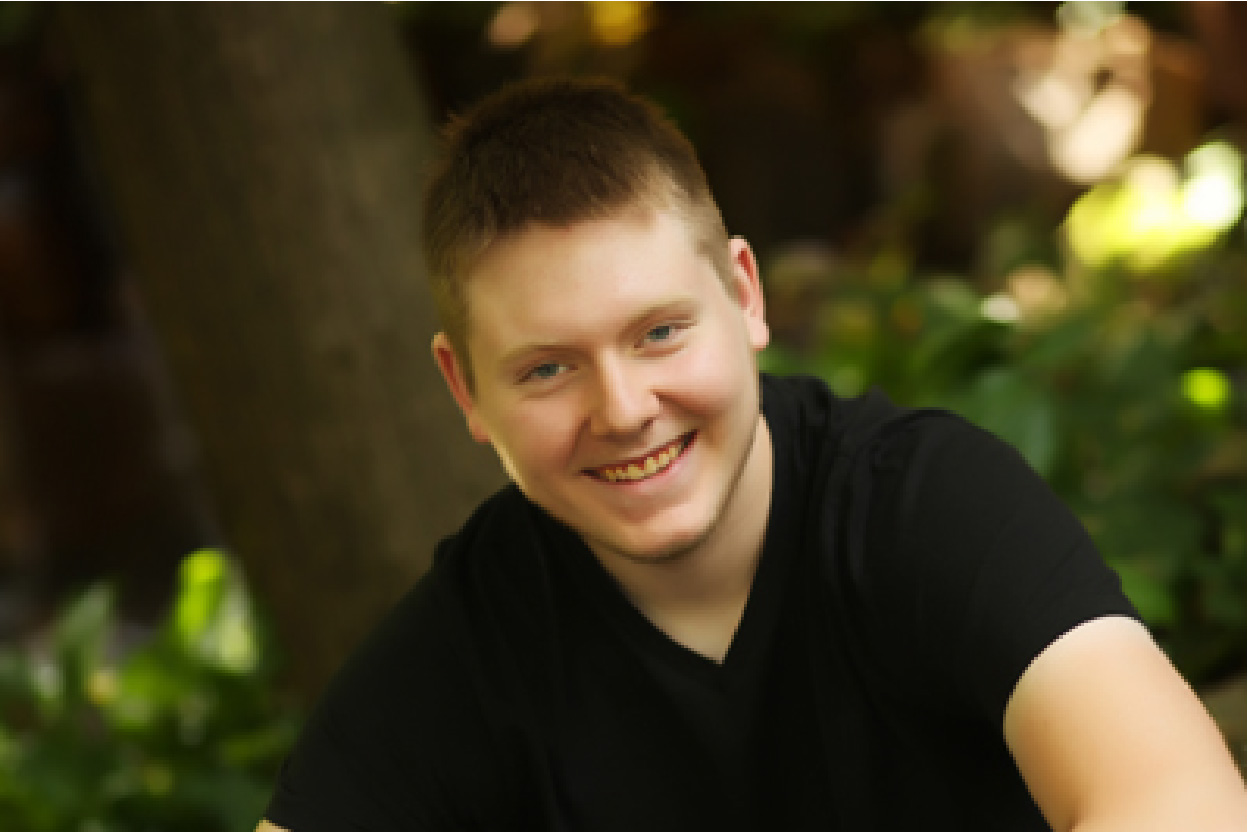 In addition to achieving excellent grades, Kobe Bustos, of Omaha, is the primary breadwinner for his family. When he is not running his own business – which entails buying, repairing, detailing and selling cars – he spends his time studying for his multiple AP classes, competing and traveling for show choir, participating in the Honors Chamber Ensemble and Concert Choir and collaborating with Omaha engineers and architects to assist with designing building projects. Kobe plans to major in mechanical engineering. 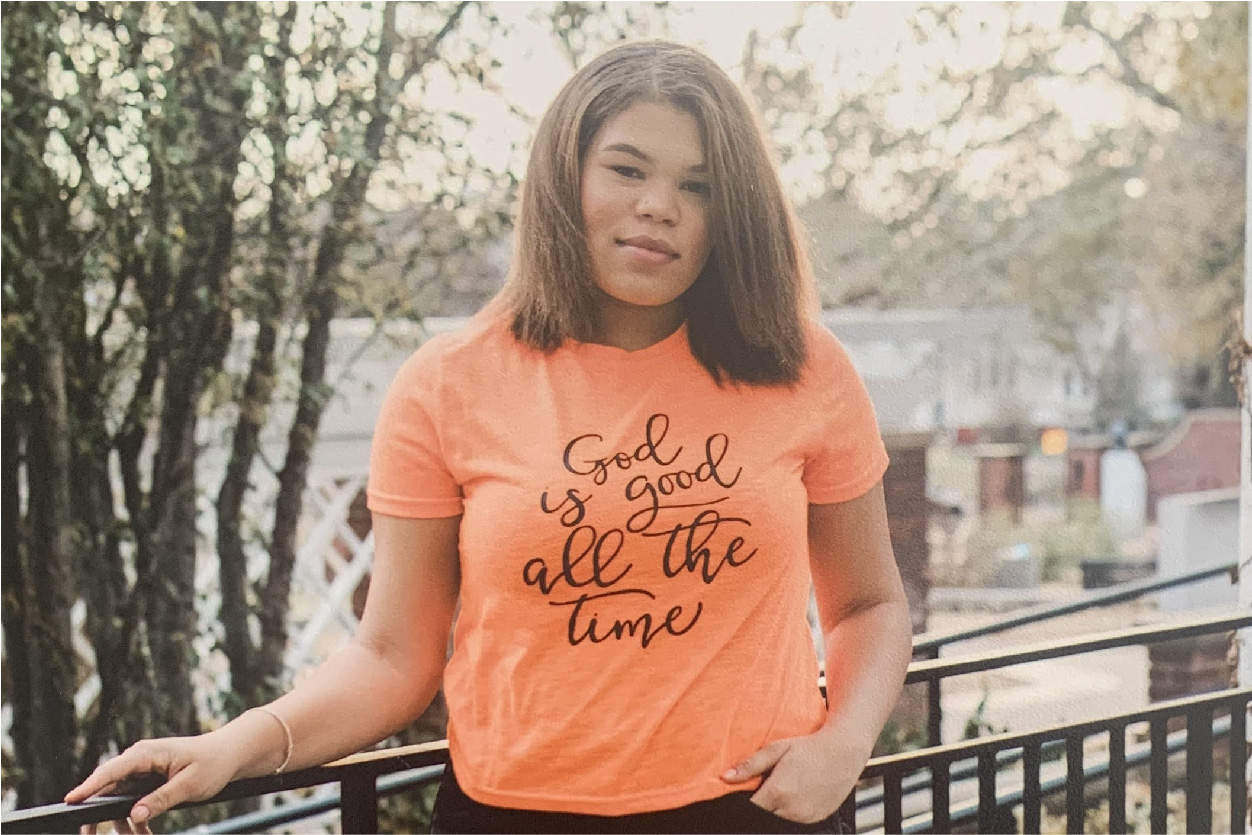 As a child, Adriann Cotton, of Omaha, supported and advocated for a close family member who suffers from mental illness – an experience that sparked Adriann’s interest in clinical psychology. In addition, her skills as a CNA have helped her care for her father as he battles cancer. When she’s not studying or caretaking, Adriann mentors at The Hope Center for Kids. She also volunteered as a docent at the Joslyn Art Museum and is active in serving her community. She plans to major in psychology at UNL in the fall. 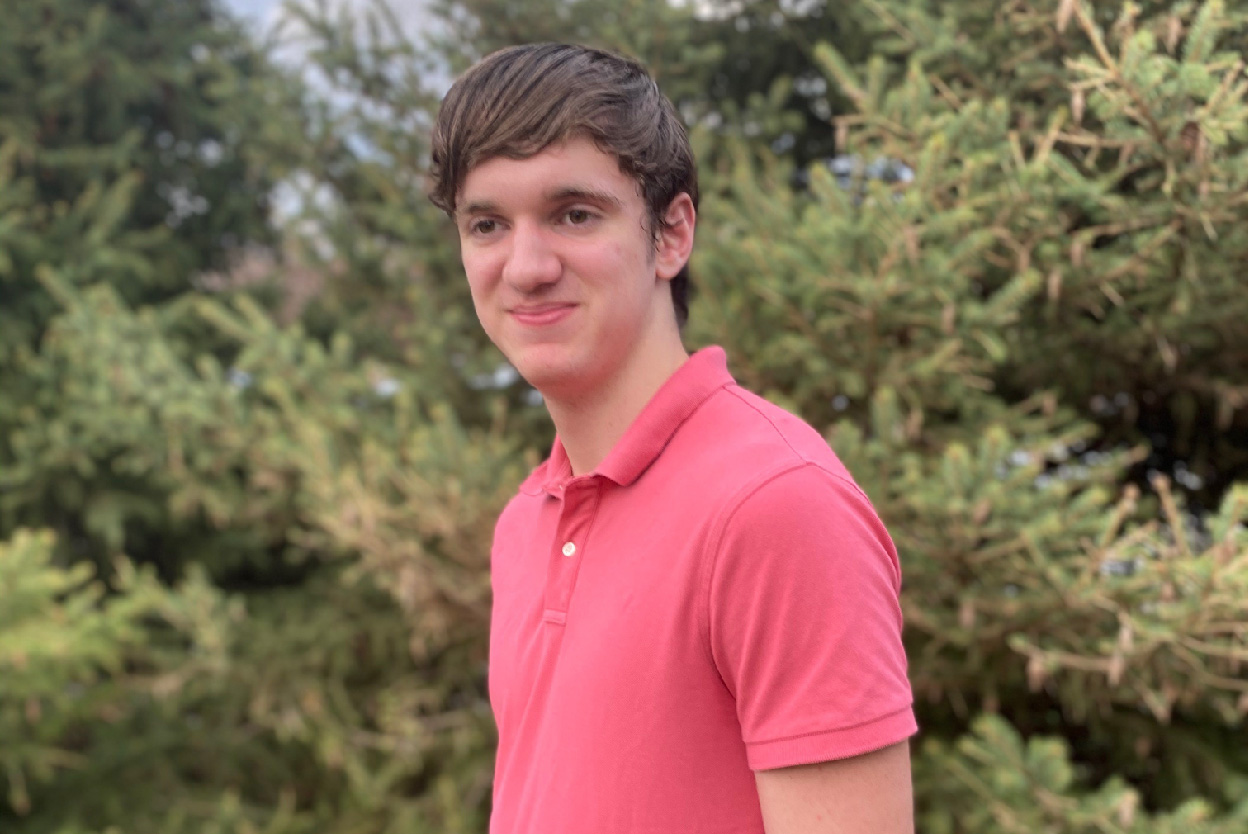 When Isaac Grelk, of Papillion, lost his vision at the age of six, he decided not to let his blindness define him. Today he a varsity athlete in cross country, swimming and track; a high-achieving scholar; the leader of a local Boy Scout troop; and is close to completing the final requirements to earn his Eagle Scout rank. His long-term goals include earning a degree in exercise science or kinesiology so he can “help others and pay forward the help and kindness” he has received. Isaac will attend UNO in the fall. 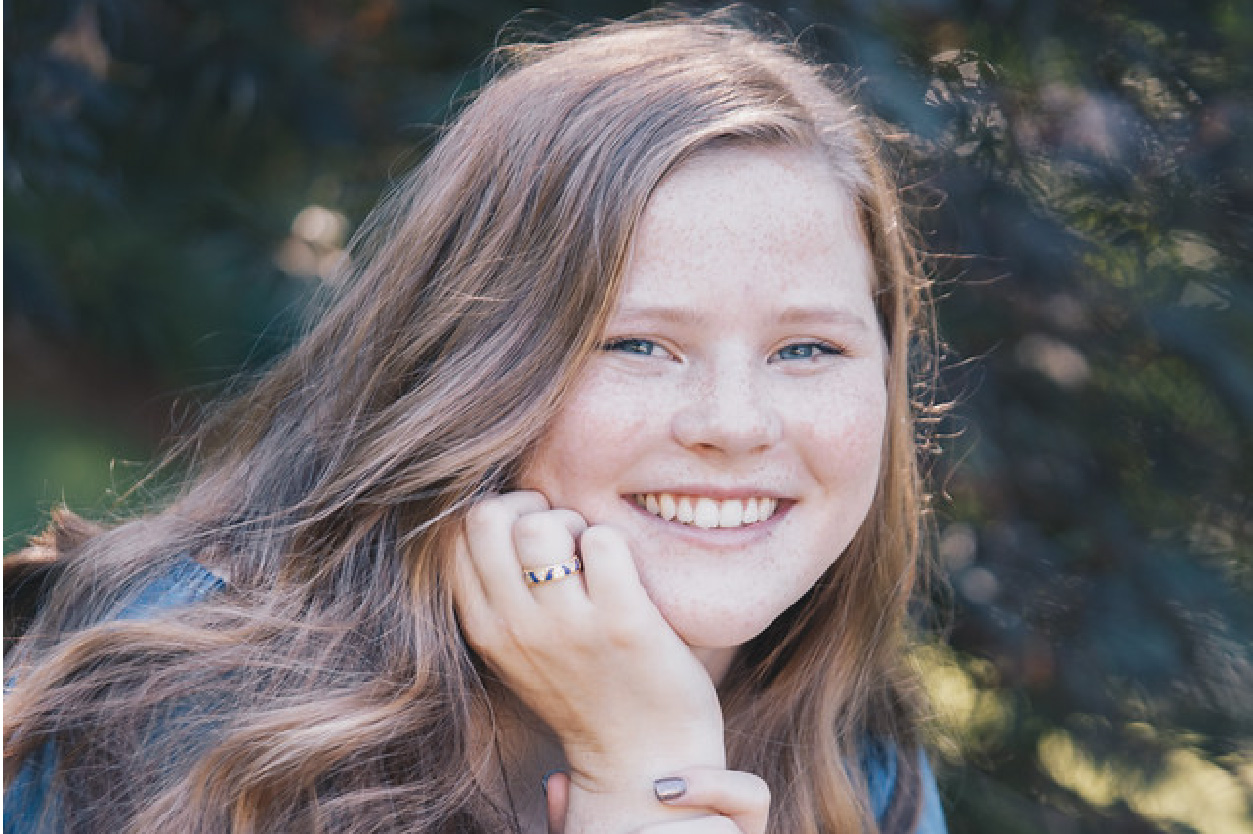 Throughout 50 rounds of chemotherapy, 20 radiation treatments, 10 hospitalizations and countless doctor’s visits to combat Leukemia, Lauren Hacker, of Omaha, persevered with grit, determination and a positive attitude. Not only has she excelled academically, Lauren has also committed to raising funds to support pediatric cancer research. She is president of Lolo’s Angels Junior Board and has been a spokesperson for the American Red Cross and the Leukemia and Lymphoma Society.  Lauren plans to study nursing at Creighton University. 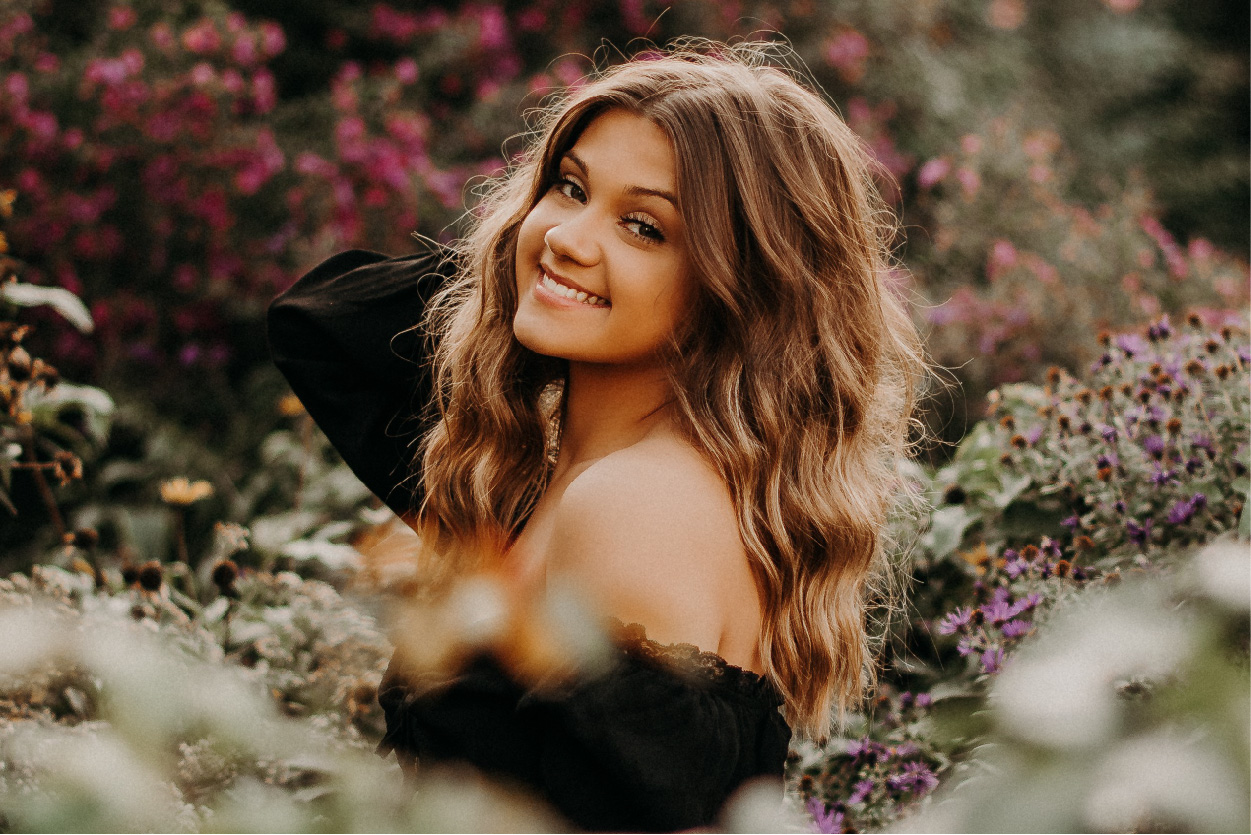 When she was 16, Kyana Hubbard, of Avoca, witnessed her mother brutally murdered in their home. Since then Kyana has survived largely on her own. She commuted 45 minutes to and from school each day, fought to keep up her grades up and participated on the swim team and cheerleading squad, all while battling emotional trauma. As her counselor noted, Kyana didn’t complain, but instead, faced significant challenges with positivity and an infectious smile. She will attend UNL in the fall. 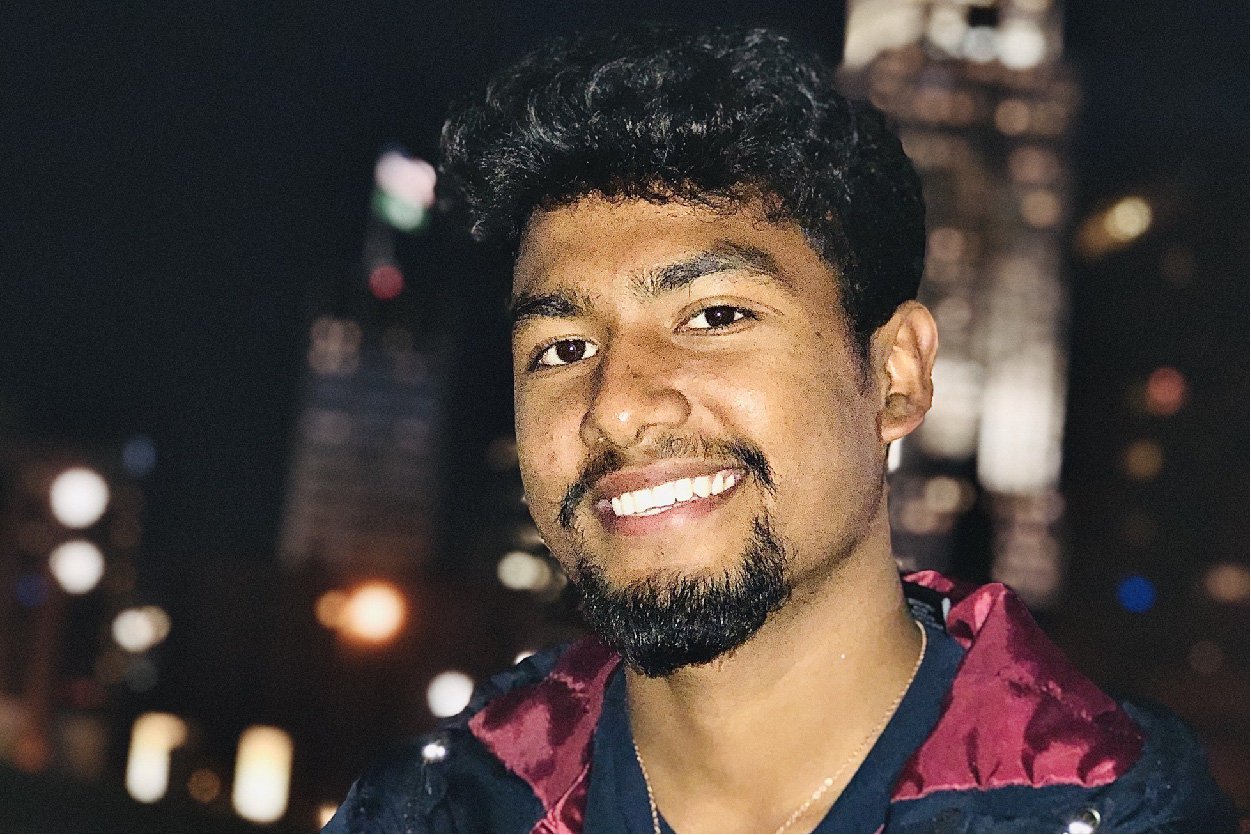 Born in a refugee camp in Nepal, Om Kami relocated to Omaha with his family when he was in fourth grade. Despite being bullied for looking and speaking differently, Om was determined to master English. He excelled academically and later committed many hours every week to help other immigrant students learn English. He and his peers also founded the Bhutanese Community of Nebraska, to help Nepali and Bhutanese families navigate the American educational system. Om plans to attend UNO to study pre-physical therapy or exercise science. 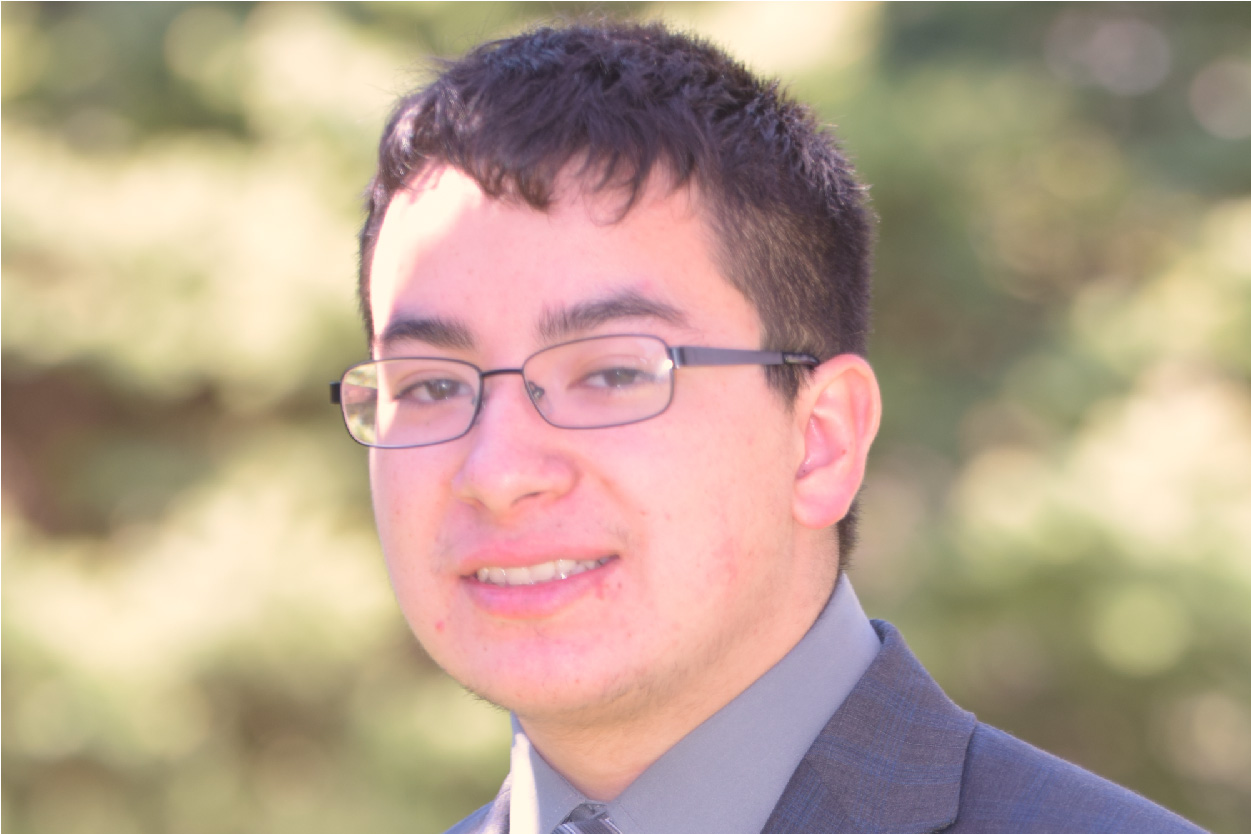 With his father absent and his mother incarcerated, Noaha Macario, of Columbus, has had little parental guidance for most of his life. Despite a turbulent upbringing, during which Noaha suffered physical and mental abuse, he has improved his grades to nearly all As this past year. He has also served as a positive role model to his football and wrestling teammates and served his community by volunteering at local senior centers and nursing homes. Noaha will major in education at Wayne State College. 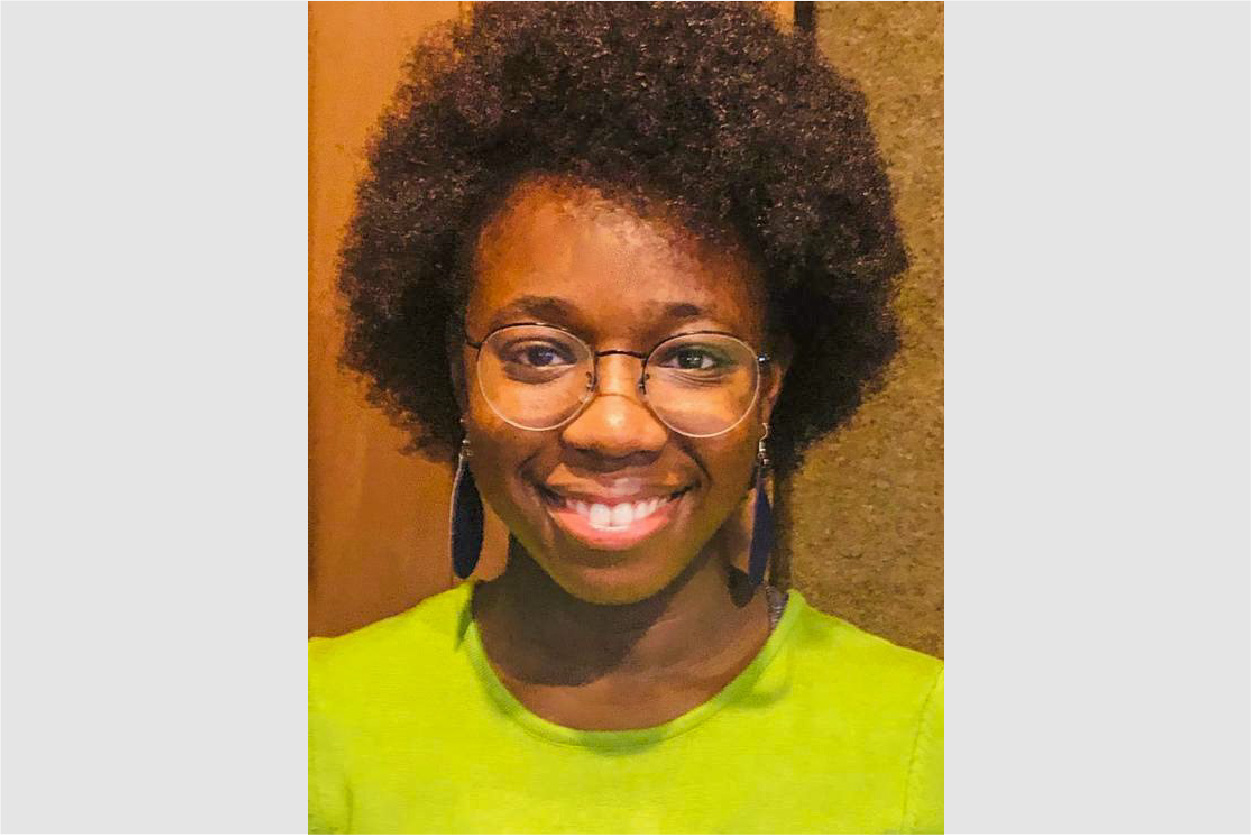 When Davina Oludipe, of LaVista, moved with her family from Gambia to the U.S., she struggled with loneliness and culture shock. A driven leader, however, she acclimated by focusing on her studies and community service. Through rigorous effort, she raised her ACT score by six points, while at the same time volunteering at the University of Nebraska Medical Center, Food Bank for the Heartland and her church, and launching a prostate cancer awareness campaign. Davina plans to major in neuroscience at Johns Hopkins this fall. 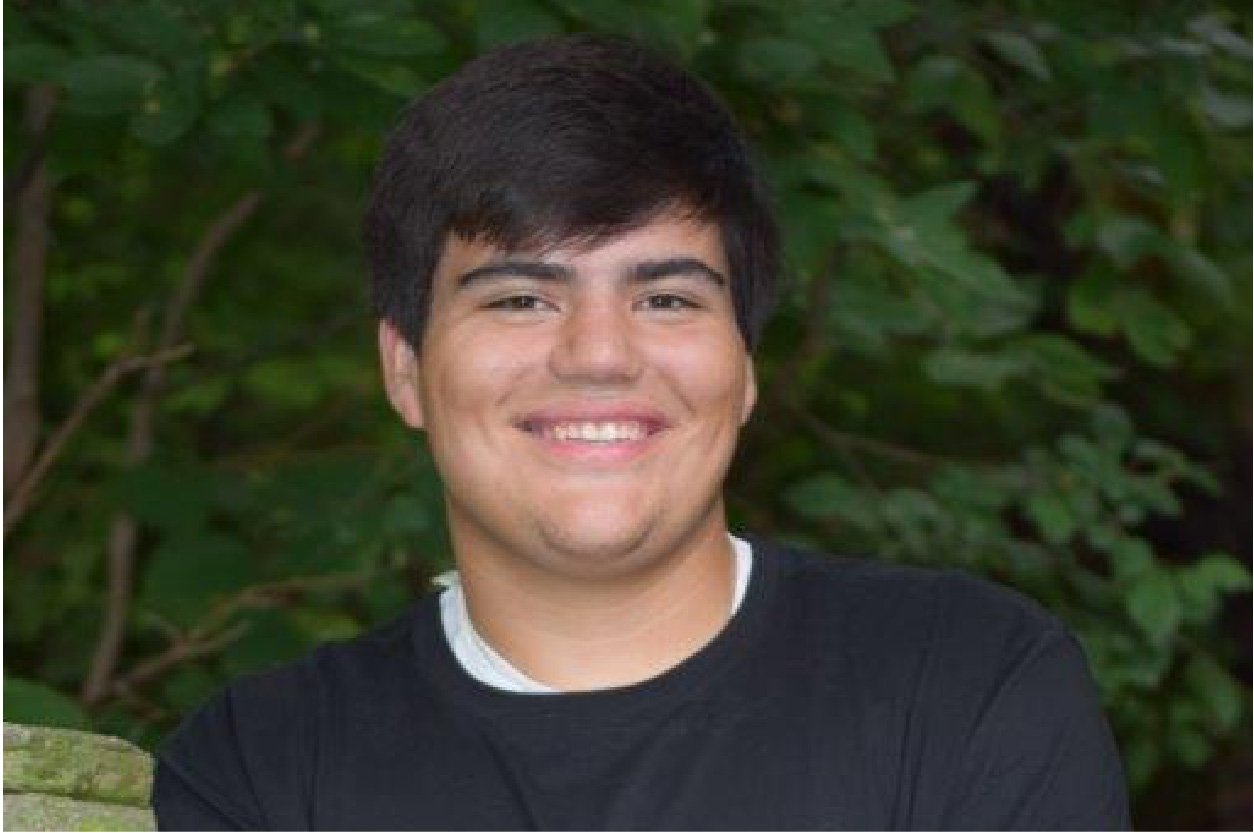 Raised by his mom after his father was deported, Elijah Onate, of Gibbon, has shouldered significant responsibility as the oldest of four siblings. As captain of both the football and basketball teams, a teacher’s aide, a referee and assistant for youth football and an active member of his church, he is a leader on and off the field and a mentor to his peers and younger kids alike. Elijah will major in exercise science at Chadron State College. 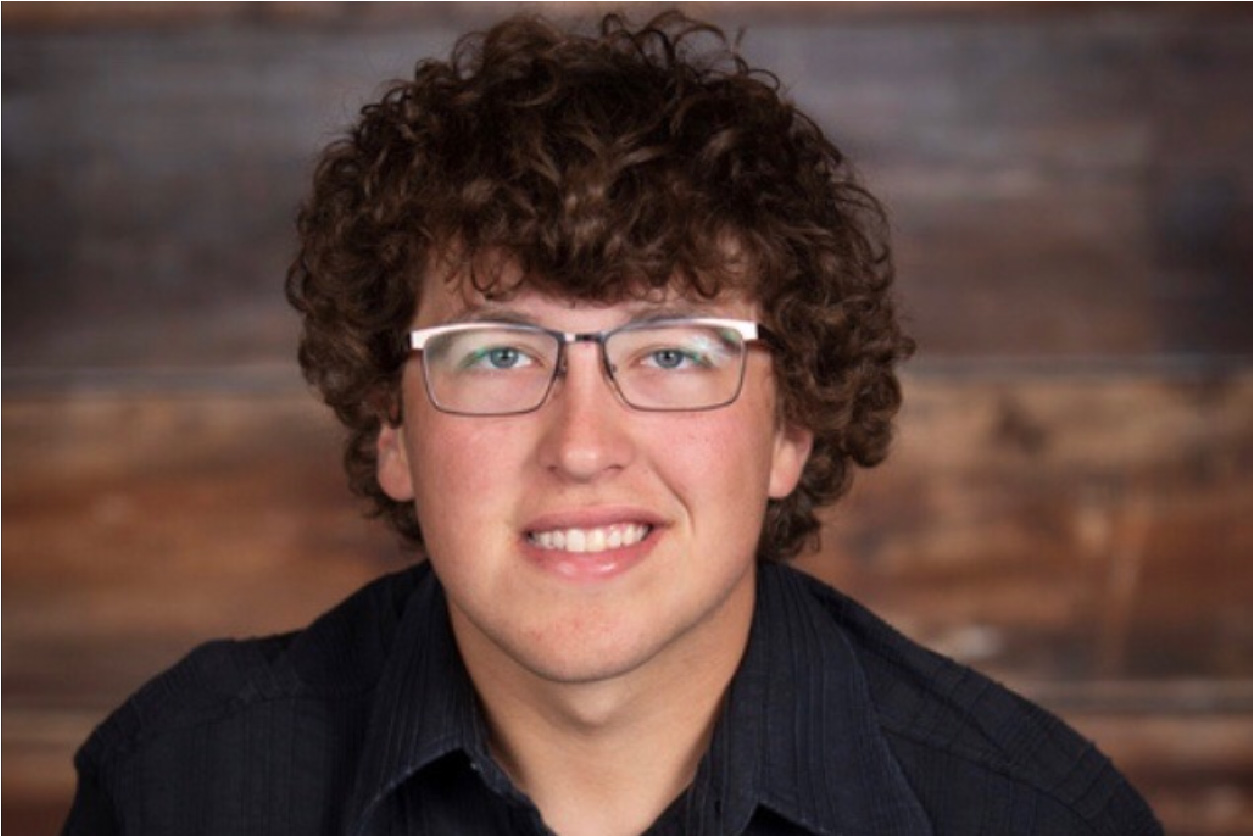 Damyn Rother, of Greeley, suffered much heartbreak in the wake of his older brother’s suicide and the deaths of his beloved grandparents. Amid his grief, he was also diagnosed with severe Crohn’s disease. Rather than turning inward, however, Damyn focused on serving others by founding a teen support network at his church, engaging in community service, excelling in athletics and launching an annual run/walk in memory of his brother, which to date has funded eight scholarships. Damyn plans to major in business management at Wayne State College. 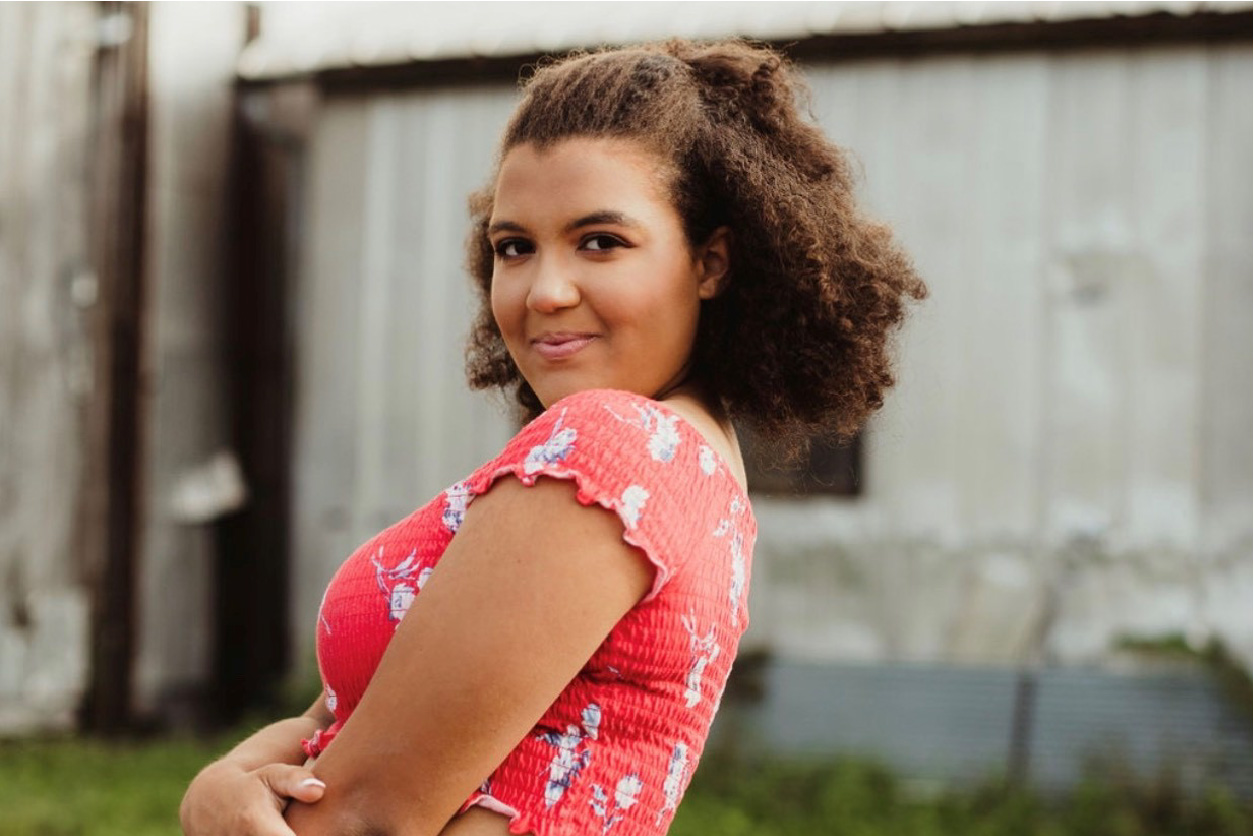 Cancer survivor, anti-bullying advocate and athlete Kaylee Tighe, of Weeping Water, overcame leukemia to prevail as an outstanding student and community leader. In addition to maintaining top-notch grades, she has excelled in choir, track, softball and cheerleading; performed lead roles in multiple school plays and musicals; participated in UNL’s Black Leadership Conference; and served as a role model to fellow students as vice president of senior class. Kaylee will study human resource management at University of South Dakota. 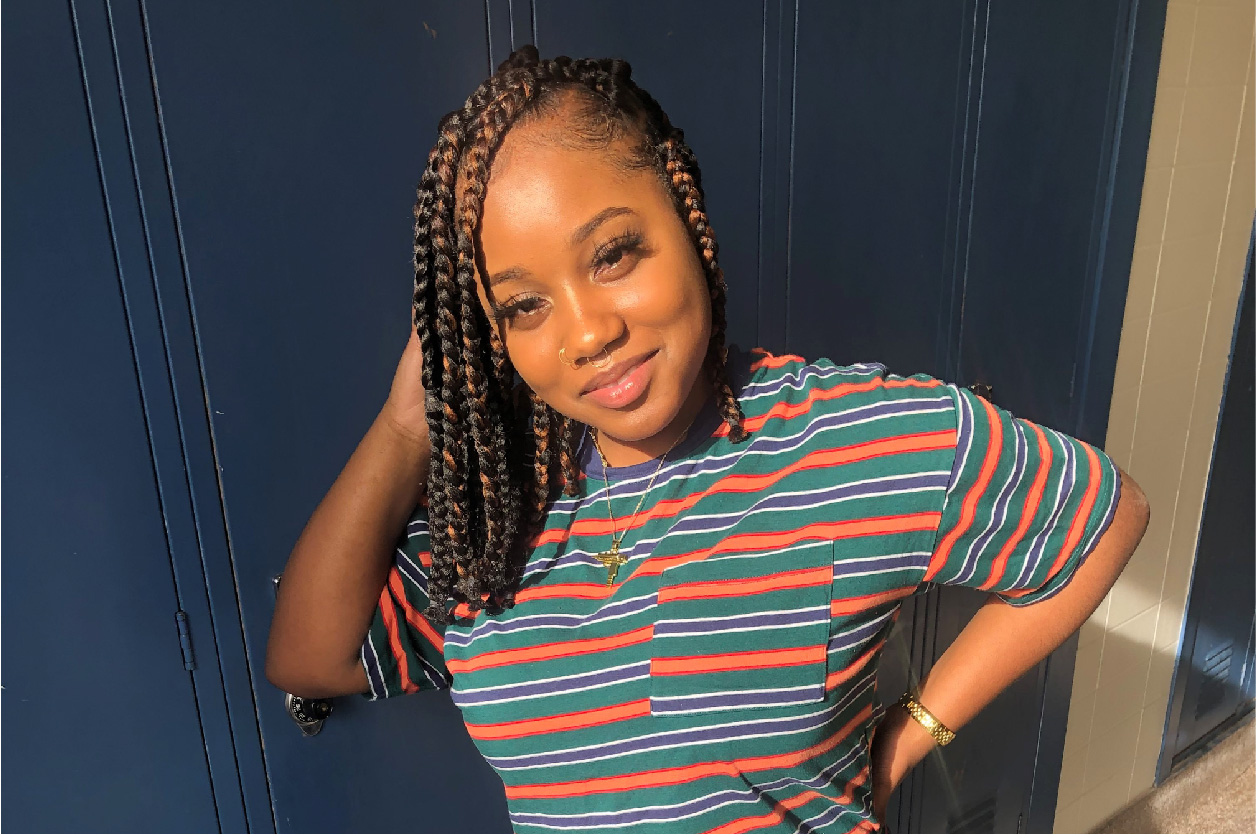 Amari Walls, of Omaha, works two jobs to support herself and to send money to her mother, who is incarcerated, all while earning excellent grades and serving as a role model to others. An advocate for disadvantaged youth, a member of the Black Student Leadership Council, a first-generation college student, and a talented musician Amari dreams of owning her own record label someday.  She will major in business and entrepreneurship at UNL in the fall.

Thank you to our 2020 Sponsors