Blessed to Be the Hands and Feet of Transformation 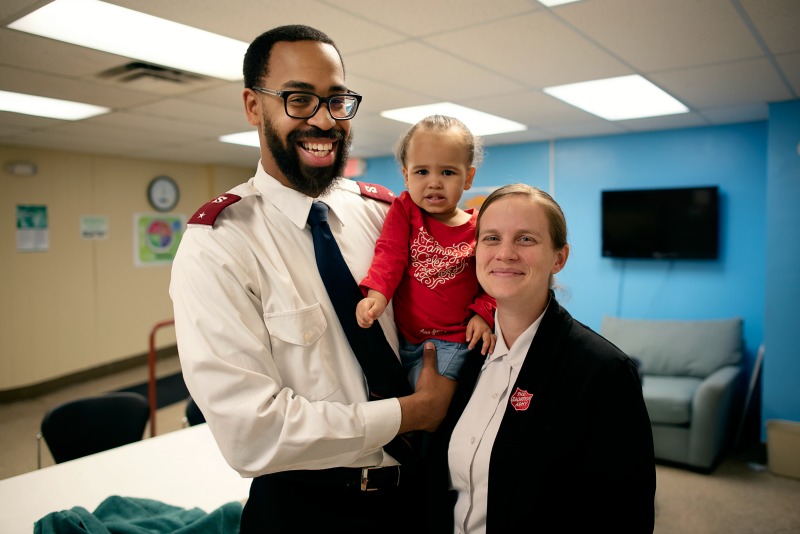 Kenneth Jones grew up in inner-city Detroit, in a run-down home with windows covered in plastic, empty cabinets and rodents underfoot. His mother struggled with addiction, and there was rarely enough food to feed all ten kids, which included Kenneth’s siblings and cousins, who all lived in the house. As a young boy Kenneth attended school sporadically, finally quitting altogether by the time he was in high school.

Kenneth occasionally tagged along with a friend to the local Salvation Army corps in his neighborhood, a decision that would ultimately alter the course of his life. There he got involved in youth development programming, and a staff member eventually helped him enroll in a high school degree program and community college. A summer service trip to Hungary with The Salvation Army opened Kenneth’s eyes to a world of possibilities beyond his impoverished neighborhood and ultimately prompted him to enroll in the Army’s College for Officer Training in Chicago.

Today Kenneth is an officer and an ordained pastor with The Salvation Army. He and his wife, Lt. Samantha “Sam” Nolan Jones, have been serving at Omaha’s North Corps since June, where they minister to people of all ages and all walks of life.

Lt. Sam has her own story of salvation. When her mother was killed in a car accident, ten-year-old Sam was left to parent her two younger siblings while her father worked three jobs. Eventually social workers intervened and connected Sam and her siblings with a neighborhood Salvation Army corps in St. Louis. They enrolled in the after-school program, where Sam took cornet lessons and played basketball.

Though Lts. Kenneth and Sam met once briefly in Chicago when she was enrolled in the College for Officer Training, it wasn’t until 2014 that a flame was kindled between the two acquaintances. They connected on Facebook over their love of the NBA and were married two years later. They still shoot hoops together at North Corps, usually elbow-to-elbow with a group of neighborhood teens, as their 18-month old daughter dashes up and down the court.

“My life was transformed by The Salvation Army when I was a kid,” said Lt. Kenneth. “Today I’m blessed to be the hands and feet that help to transform other people’s lives.”

Whether it’s shooting hoops in the gym, serving lunch in the North Corps Community Care Kitchen or offering comfort and prayer, the Joneses are doing what they love most: helping those who need it, just as The Salvation Army once did for them.