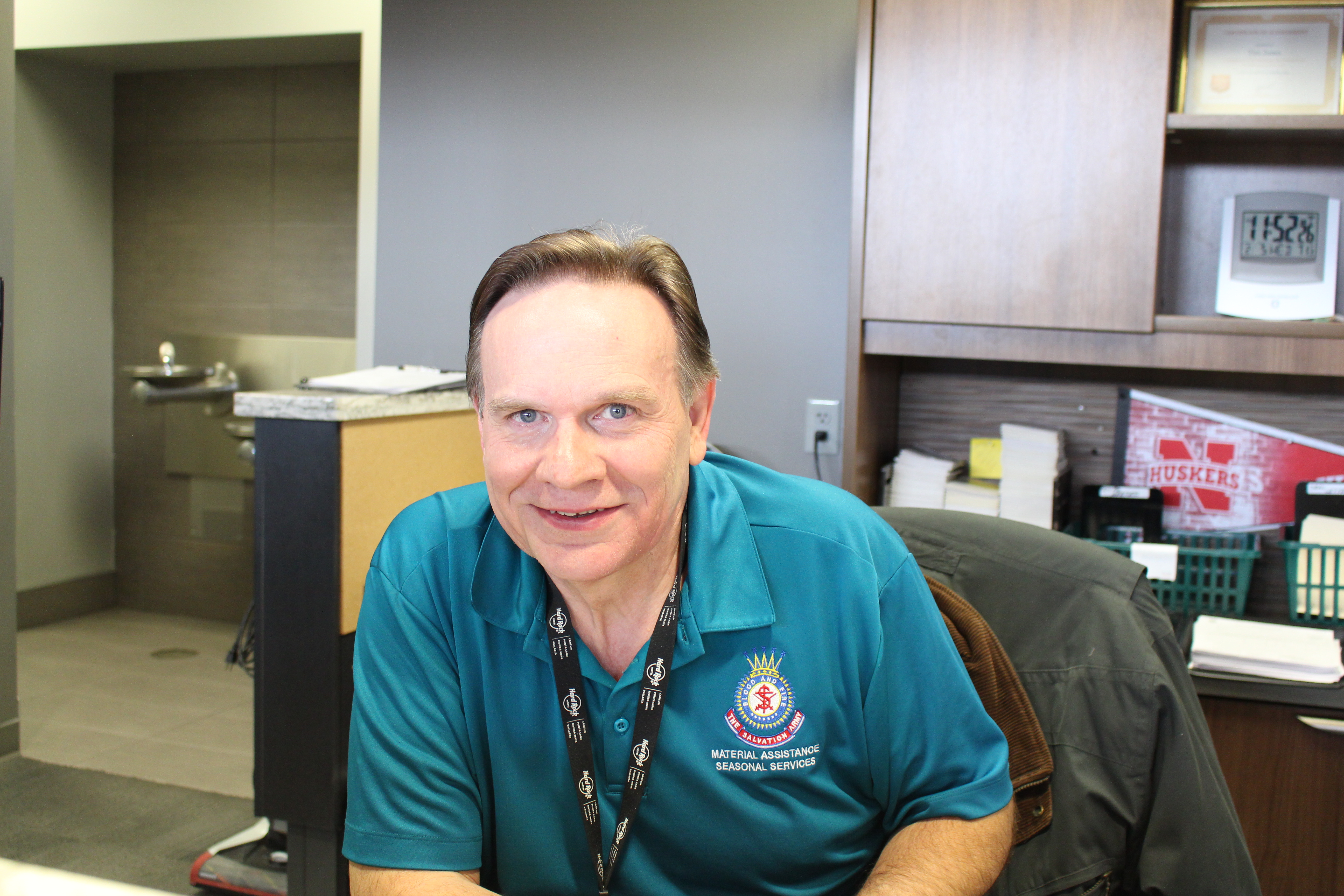 In his 21 years with The Salvation Army, Tim Jones has worn several hats.

He started as the coordinator of the food pantry and for the past 5 years has worked as the office coordinator and front desk receptionist at The Salvation Army’s Burrows Center for Help and Hope (61st & Northwest Radial Highway).

The bottom line for Tim when it comes to his lengthy service with the organization is that he knows whatever he does – and whatever role he may have – he’s helping people.

For him, there is no better calling in life – or work.

“I love seeing smiles on people’s faces and being a part of helping their lives change,” Tim said. “There’s nothing quite like giving a child a backpack. To see their beaming faces – it’s like they’re getting gold – and they always pick the biggest one.”

With the Christmas season being among his favorite times of the year, Tim has never shied away from diving in and being part of everything associated with The Army’s annual events.

He helps get people registered for services – including seasonal services like Adopt-a-Senior, Turkeyfest, Adopt-A-Family and Toyland – and has been known to don a Santa Claus suit on more than one occasion to entertain the children at events.

He said he sees a change in people around the holiday season – but he knows his and The Salvation Army’s impact is year-round.

“You see people’s attitudes change during the holidays; there’s more merriment, and people give more to each other,” he said. “It’s amazing to feel a part of that in the work we do at The Salvation Army – making other people’s Christmas happy when they might not have a lot else to be happy about.”

He also loves when people pick children’s names from The Salvation Army’s Angel Trees stationed throughout the city to buy gifts for them. He and his co-workers at the Burrows Center get to collect the gifts and give them out to the smiling amazement of families.

He loves helping others so much it chokes him up sometimes just talking about it.

“I keep this box tin filled with pennies, and when I see someone come into the Burrows Center looking lost and without much hope, I walk over and tell them to pick a penny for them to keep,” he said. “They usually look at me oddly, but then I tell them we’re a lot like those pennies. Not one penny is made the same as the next – just like us.

“People come in here for many different reasons with a lot of different needs, but I tell them to hold onto that penny because God is with you. Some come back months and years later and tell me they still have that penny. It gives them hope. I love that I’m able to be part of making their lives a little bit better.”