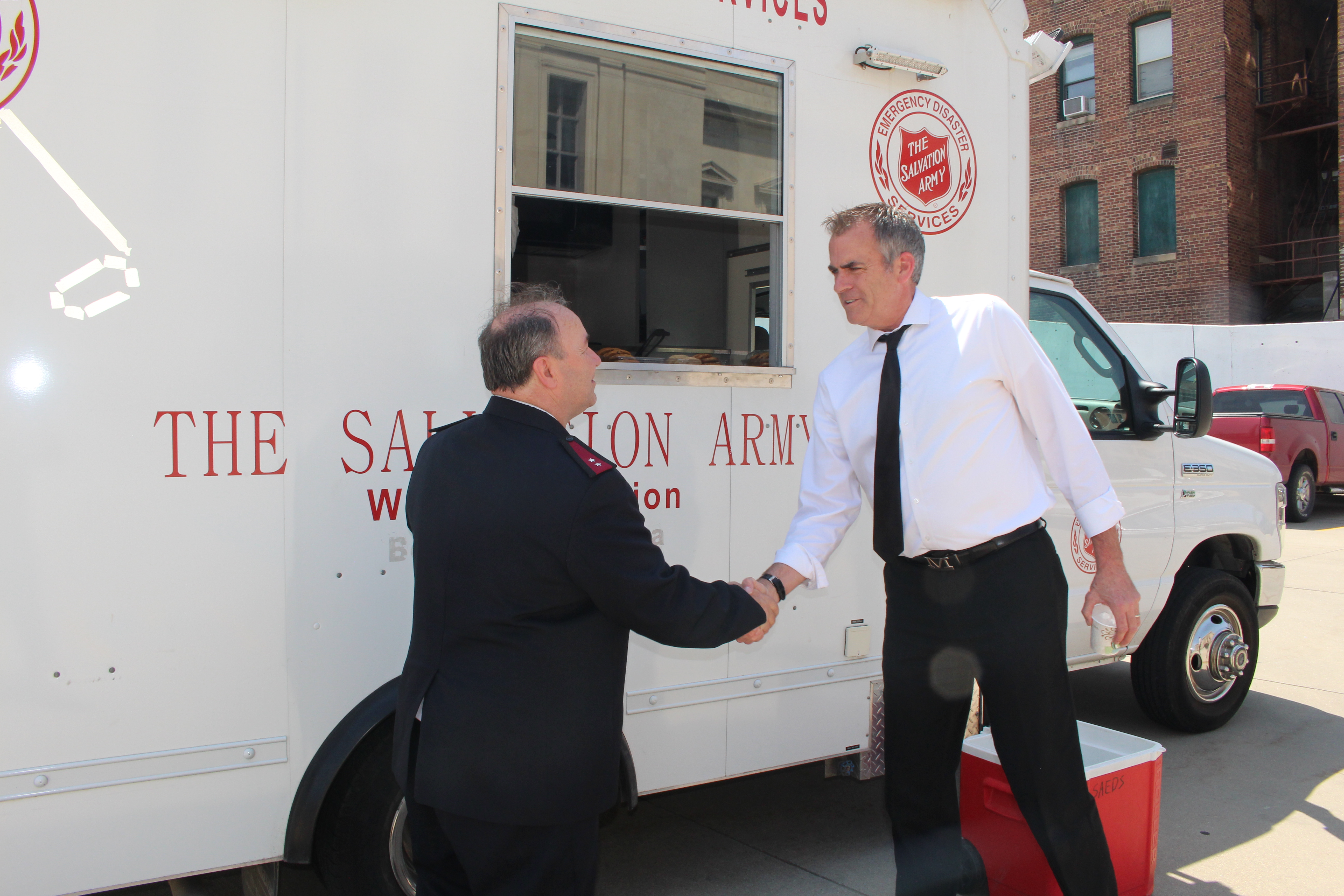 Every year during the second week of May, Salvation Army officers, staff and volunteers celebrate National Salvation Army Week in towns and cities across America. Last Wednesday, May 11, as has been the tradition in the Omaha metro, local officers and Salvation Army staff visited media outlets around the metro to hand out sweet treats from the canteens and to thank journalists and media staff for continuing coverage of The Salvation Army throughout the year.

“The media is important,” said Maj. Mark Martsolf, officer at The Salvation Army of Omaha’s Citadel Corps, as he greeted staff and handed out cookies in KMTV’s parking lot. “They help us share our story and let people in need know about our programs and services, and we are grateful for that.”

“Among Americans, The Salvation Army has long been a symbol of wholehearted dedication to the cause of human brotherhood,” President Eisenhower noted in his proclamation. “Their work has been a constant reminder to us all that each of us is neighbor and kin to all Americans. Giving freely of themselves, the men and women of The Salvation Army have won the respect of us all.”

Many thanks to KMTV3 News Now, 6 News WOWT, KETV NewsWatch 7, Fox 42 KPTM, the Omaha World-Herald, Boomer Radio, NRG Media and iHeartMedia for their support throughout the year.

We also thank the hundreds of volunteers who generously give their time, energy and resources to help The Salvation Army fulfill its mission in the metro.

Read about The Salvation’s Army history, learn more about our many volunteer opportunities or consider making a donation to support the work of The Salvation Army in metro Omaha.