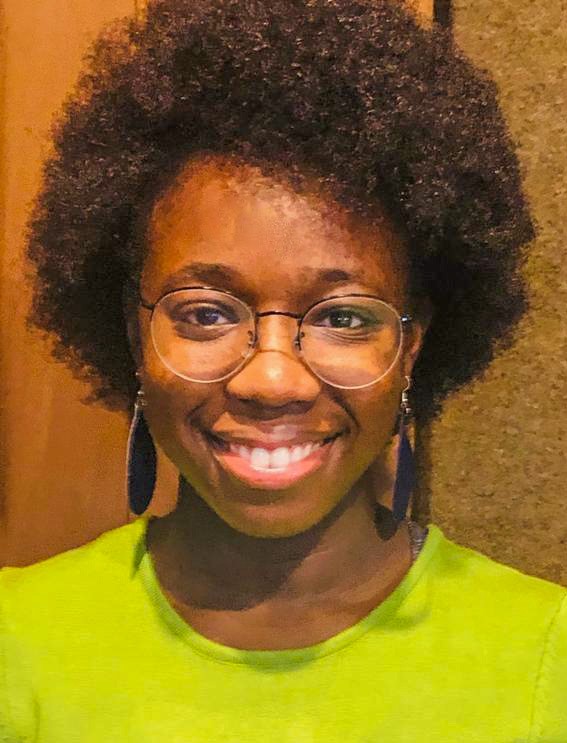 Davina Oludipe – Papillion LaVista High School
“This scholarship will give me the motivation I will need to keep going during rough times, knowing that reaching my full potential will allow me to make the world a better place.”

After Davina Oludipe, of LaVista, moved with her family from Gambia to the U.S., she struggled with loneliness and culture shock. A driven leader, however, she acclimated to her new environment by focusing on her studies and community service. Through rigorous effort, Davina raised her ACT score by six points, while simultaneously enrolling in classes at the University of Nebraska Medical Center (UNMC) and volunteering at Food Bank for the Heartland, UNMC, Omaha Harrison Baptist Church and Judson Baptist Church.

As part of a class assignment for a UNMC biology course, Davina and a peer launched a prostate cancer awareness campaign that reached 150 men in the community. She was also a leader in her College Possible Cohort, a student ambassador, a peer tutor and a member of the cross country team, French Club, Key Club and National Honor Society.

“Davina is a student first, but she also has a passion for helping others,” says her College Possible coach Allie VanHouten. “Her servant heart was not limited to her work within the walls of her school. She is completely committed to everything she does in all aspects of life, and I know she is going to be a difference-maker in the world.”

Davina plans to major in neuroscience at Johns Hopkins University this fall and aspires to work someday as a neurosurgeon specializing in Alzheimer’s disease and dementia.