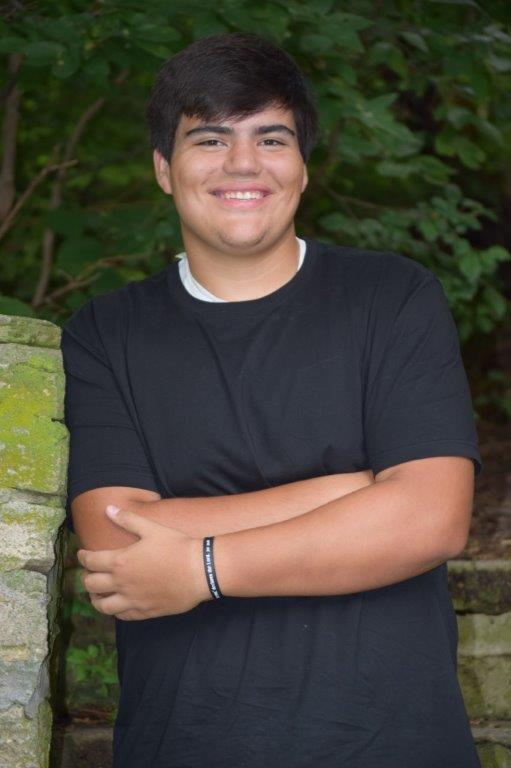 Elijah Onate -- Gibbon High School
“I hope to be able to find a career that I truly love but that also allows me to impact people in a positive way.”

Raised by his mom after his father was deported, Elijah Onate, of Gibbon, has shouldered significant responsibilities as the oldest of four siblings. As captain of both the football and basketball teams, a teacher’s aide, a referee and assistant for youth football and an active member of his church, he is a leader on and off the field and a mentor to his peers and younger kids alike.

“You’ll always find younger children following him around and sitting by him, wanting his attention, and Elijah always makes time for them,” says his advisor Ron Hicks. “He really is a remarkable young man.”

Because his mother and younger brother both suffer from chronic illnesses that require frequent medical visits and costly medications, Elijah is especially grateful that the D.J.’s Hero scholarship will allow him to continue his education without adding to the financial burdens his family already faces. Receiving the scholarship has also motivated him to make a positive impact on others. “I feel blessed to have received this award, knowing that I am seen as someone who exemplifies some of the same traits D.J. had,” says Elijah. “I’m motivated to impact as many people as I can, just as D.J. did.”

Elijah will major in exercise science at Chadron State College this fall.