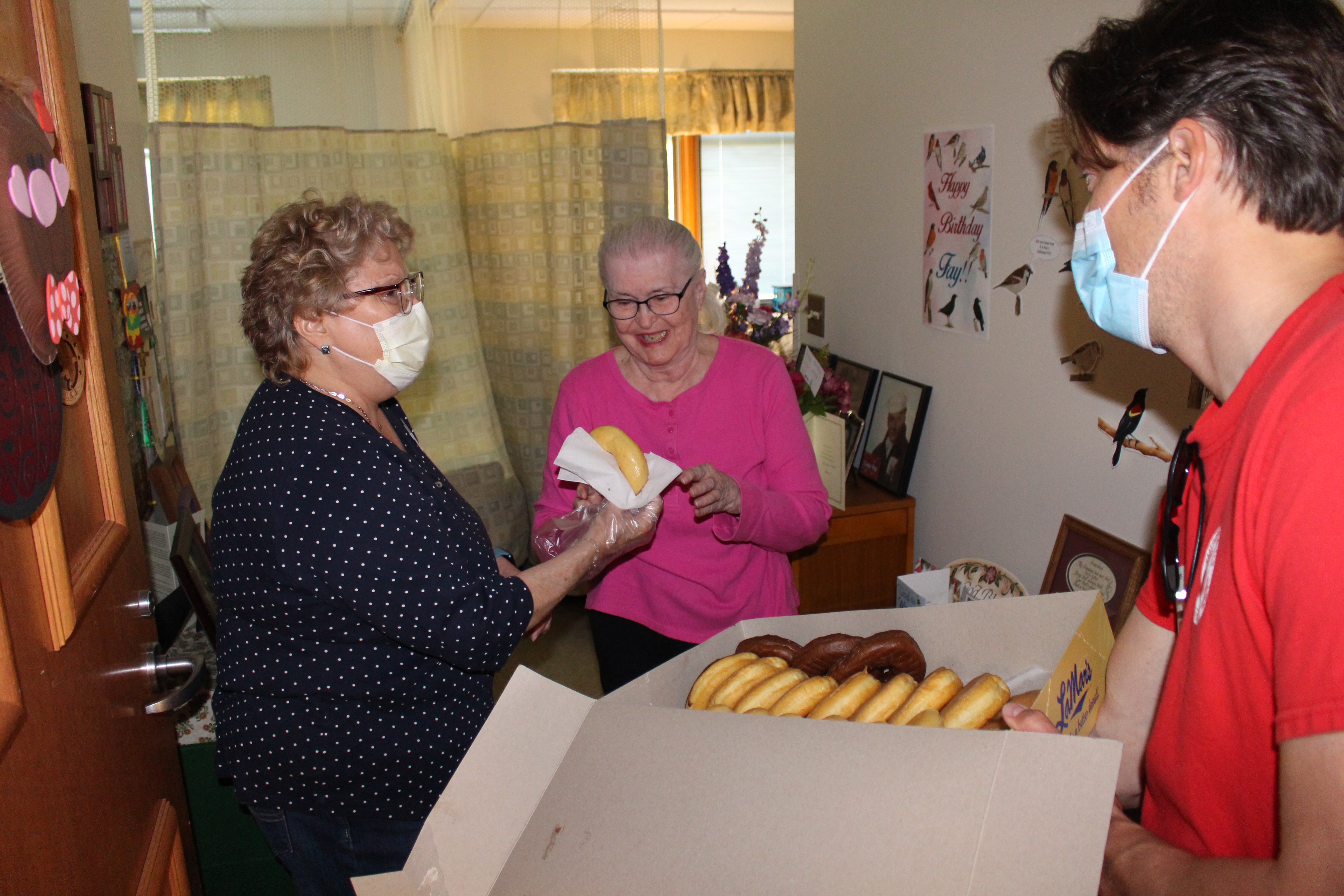 There’s nothing like a delicious donut to bring a little sweetness and delight to an ordinary day – which is exactly what Salvation Army staff did on Friday, June 3, when they delivered hundreds of donuts to local veterans at the Eastern Nebraska Veterans Home in Bellevue and to The Salvation Army of Omaha’s veterans programs at Renaissance Village in honor of National Donut Day.

As they went room to room at the Bellevue facility to deliver the sweet treats -- which were generously provided by LaMar’s Donuts -- Salvation Army staff chatted with veterans and thanked them for their service. Later Friday morning, Salvation Army VA staff distributed donuts to veterans and their families at Renaissance Village.

Donuts first became associated with The Salvation Army in 1917, when approximately 250 Salvation Army volunteers traveled overseas and set up small shelters near the front lines to distribute clothes, supplies and baked goods to the soldiers. Despite the primitive conditions, the volunteers successfully fried thousands of donuts in makeshift kitchens to hand out to hungry soldiers, who received a morale boost along with the tasty treats.

Nicknamed “Donut Lassies,” the women who served donuts to the troops are often credited with popularizing the donut in the United States when the soldiers (nicknamed “Doughboys”) returned home from war. The first National Donut Day was celebrated in 1938 in Chicago to commemorate the work of The Salvation Army’s “Donut Lassies.” 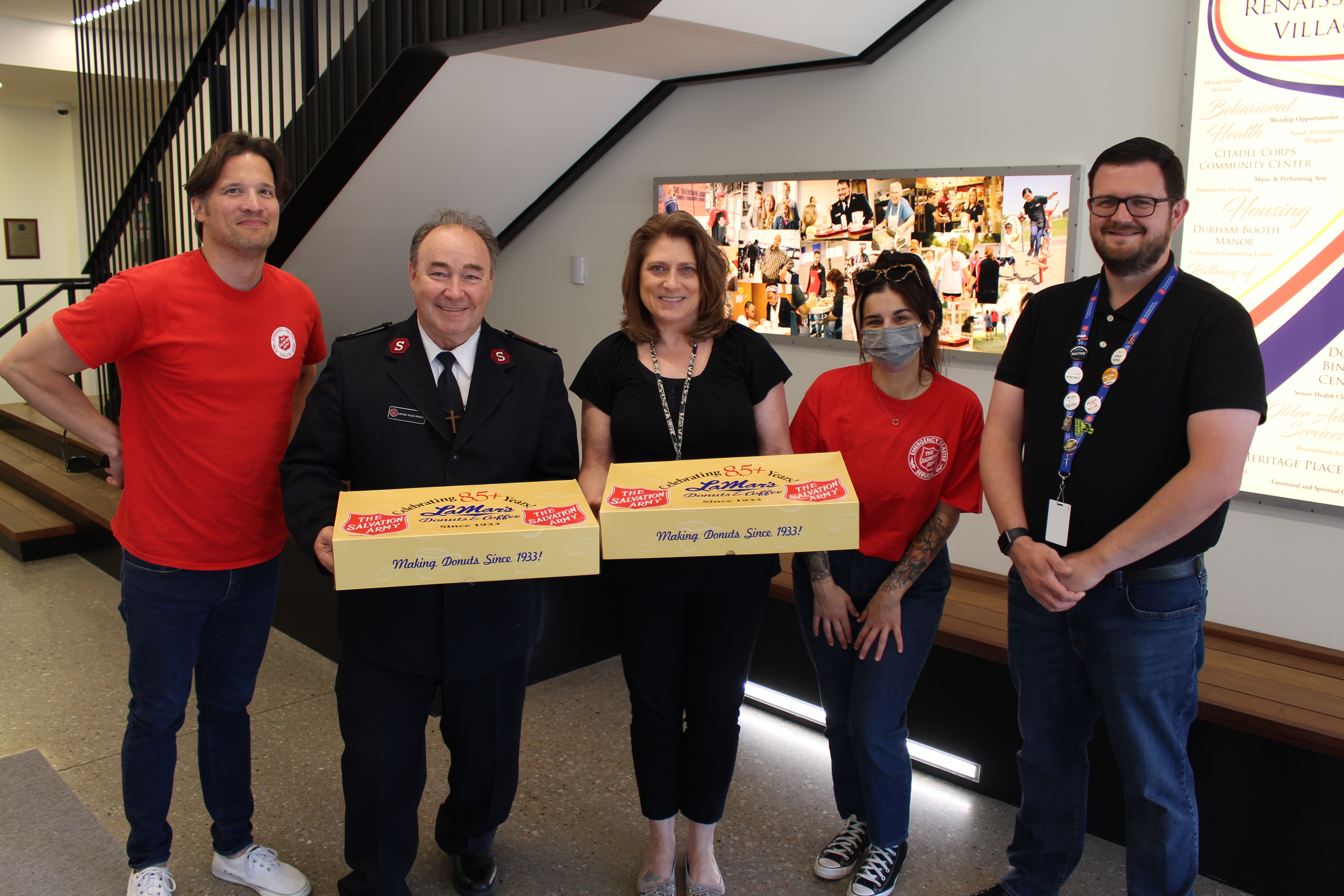 In honor of this history, The Salvation Army of Omaha has traditionally linked its Donut Day festivities with the opportunity to thank local veterans for their service. We are grateful to the administrators and staff at the Eastern Nebraska Veterans Home for partnering with us to facilitate this heartwarming tradition.

If you’d like to try your hand at frying up a batch of the original “Donut Lassies” powdered sugar donuts, you can find the recipe here, along with more fun facts and information about National Donut Day.