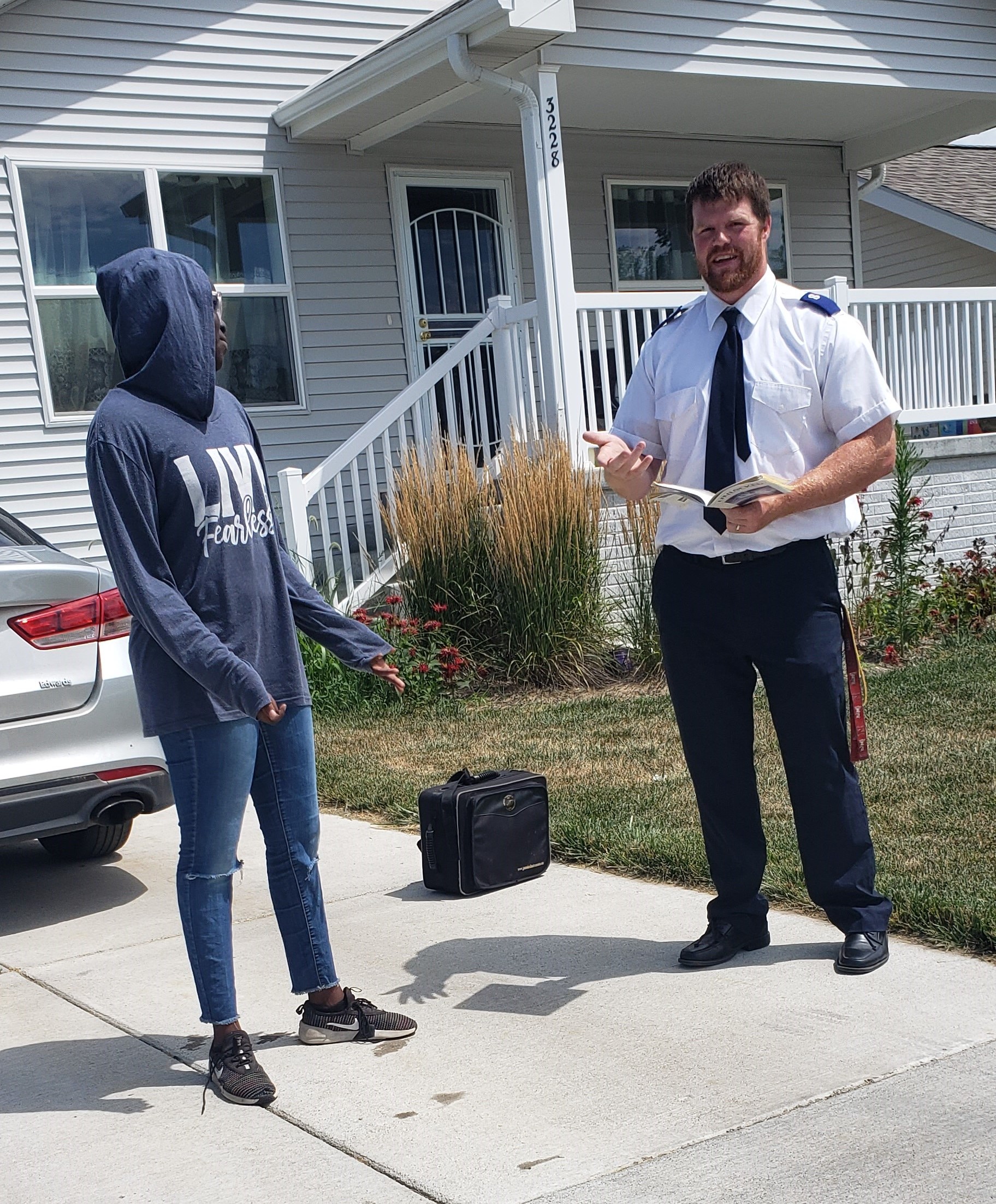 When Omaha Citadel Corps Program Director Matt Walter realized he needed to get creative during the pandemic in order to connect with each of his 18 corps cadets, he knew whatever he planned would involve tacos – after all, teens and tacos go together like bread and butter. At the same time, he also knew he would need to adhere to social distancing guidelines.

After brainstorming with his corps officer, Maj. Shelley McClintock, Walter debuted what he called “Driveway Tacos.”

“I brought some dinner over – always Taco Bell; it has to be Taco Bell – set up some chairs on the driveway, and together we knocked out three months of lesson plans,” Walter said. He hosted more than a dozen “Driveway Tacos” meetups at the homes of Citadel corps cadets during June and July.

Because the cadets hadn’t met in person since mid-March, they were about three months behind in their lessons. “Zoom is fine, but I’ve found it just works better to connect with young people in person if possible,” said Walter. “This turned out to be a great opportunity to check in with each kid and get done what we needed to get done. Plus, you can’t go wrong with tacos, right?”

Walter, who oversees youth programming at Citadel Corps -- including music, character building and corps cadets -- has worked for The Salvation Army for 15 years. But his personal connection with The Army was forged long before his professional one.

“I walked into Citadel as a 15-year-old to fulfill my community service requirement after I’d been expelled from school for getting in a fight,” Walter explained. “The staff showed me so much support and showed my family so much support, The Salvation Army became my church home. I came to The Salvation Army as a troubled teen myself, so I get what some of these kids are going through.”

While Walter was studying computer programming at a local college, he had the opportunity to volunteer as a youth leader at Citadel. Eventually he was hired for the full-time program director position, and he’s worked for the Army ever since.

Some of the kids Walter knew as kindergarteners are now in their 20s and have come full circle to serve as youth leaders at Citadel themselves. “It’s been so rewarding for me to see these kids mature into leaders,” said Walter. “I’m grateful to be able to see the fruits of God’s work, and I’m just amazed at how God has really blessed me through this whole experience.”

Walter is looking forward to the day when regular in-person youth programming will resume at Citadel. Until then, though, there’s always the opportunity for another driveway taco with a corps cadet.