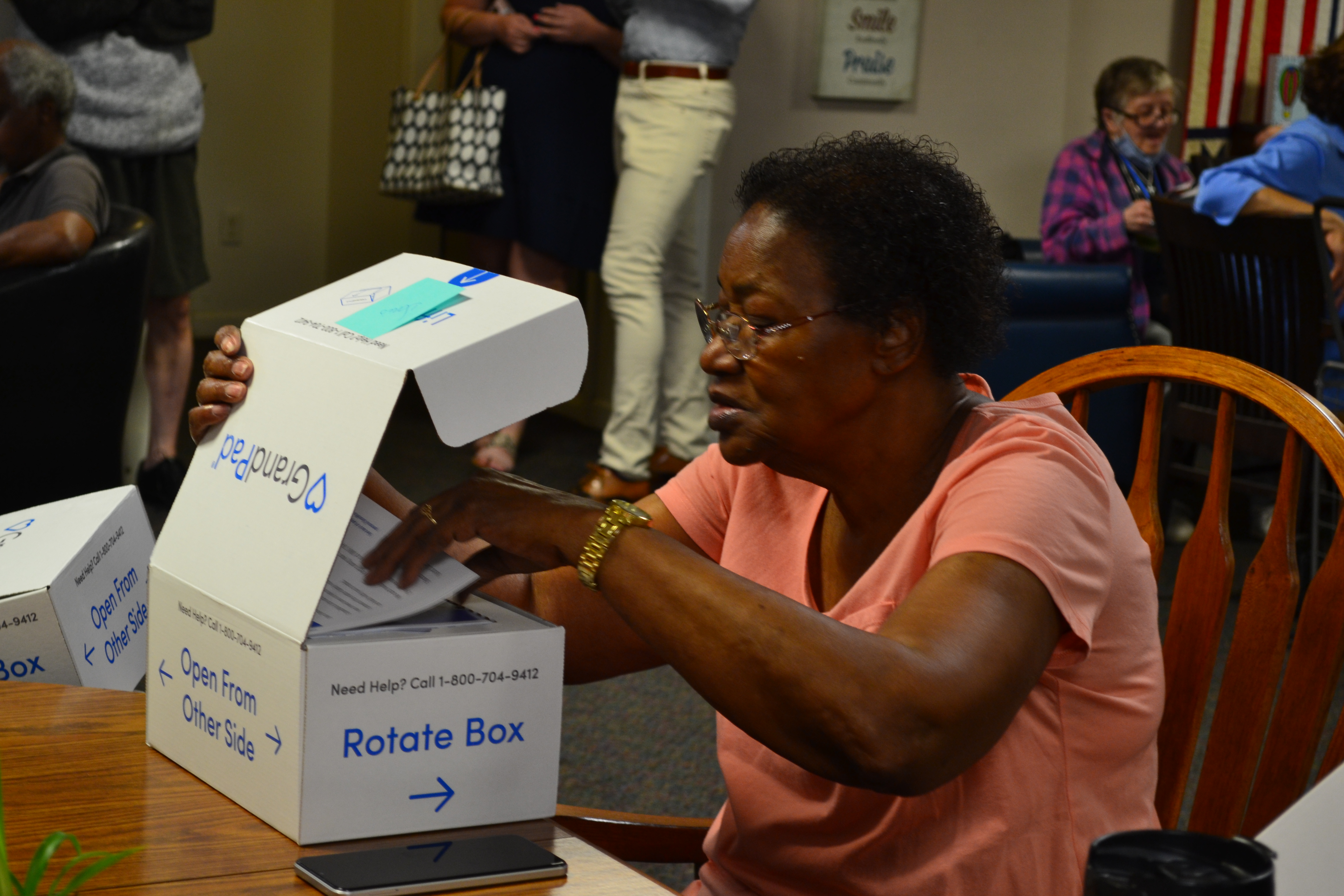 Sue Barry hasn’t seen her two new great-grandchildren yet, but she’s hoping that is about to change. Barry, a resident at The Salvation Army’s Durham Booth Manor, was one of 31 seniors who recently received a GrandPad, a tablet that is specially designed for older adults to help them connect with their loved ones virtually.

“My great-grandbabies were born during COVID times, and COVID changed everything,” said Barry. “I’m anxious to see them, and this will help.”

The gift of the GrandPads was made possible through a partnership between The Salvation Army and the Omaha-based non-profit Dreamweaver Foundation, which provides GrandPads free of charge to older adults. Since February, Dreamweaver’s Connecting Hope program has given away more than 600 tablets across 47 states.

“It’s like Christmas today,” said Tabitha Wachal, program director for Durham Booth Manor, as she handed out the GrandPads. “Many of our residents are low-income, and a device like this, which retails for over $600, wouldn’t be possible for most of our seniors. The Dreamweaver Foundation is literally making dreams come true today.”

"I don't have a computer, and I don't have a fancy phone. For me, this is like going back to school," said Durham Booth Manor resident Anne Zwetzig as she unboxed her new device. 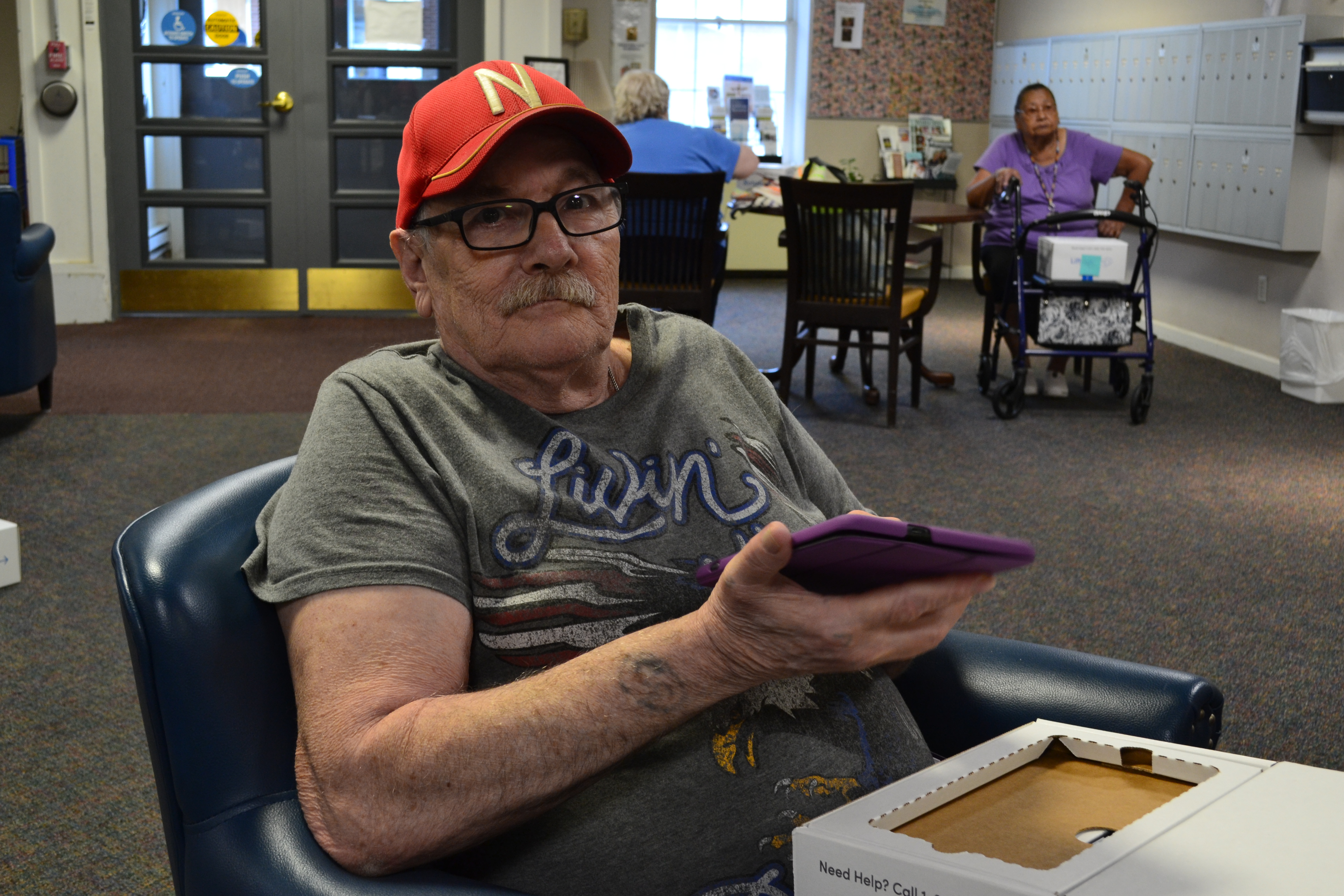 With the help of Wachal and Dreamweaver’s staff, who were on hand for the unboxing, residents booted up their new GrandPads and familiarized themselves with the features. A Dreamweaver staff member will return to Durham Booth Manor this week to offer a more extensive, hands-on tutorial on the GrandPad’s features.

In the meantime, the residents of Durham Booth Manor are proving to be quick learners. By the end of the hour, Zwetzig had already successfully called her daughter on the tablet, while other residents had connected to the local news and explored the GrandPad’s games.

“I’m having so much fun already,” said Barry. “This is going to expand my world.”