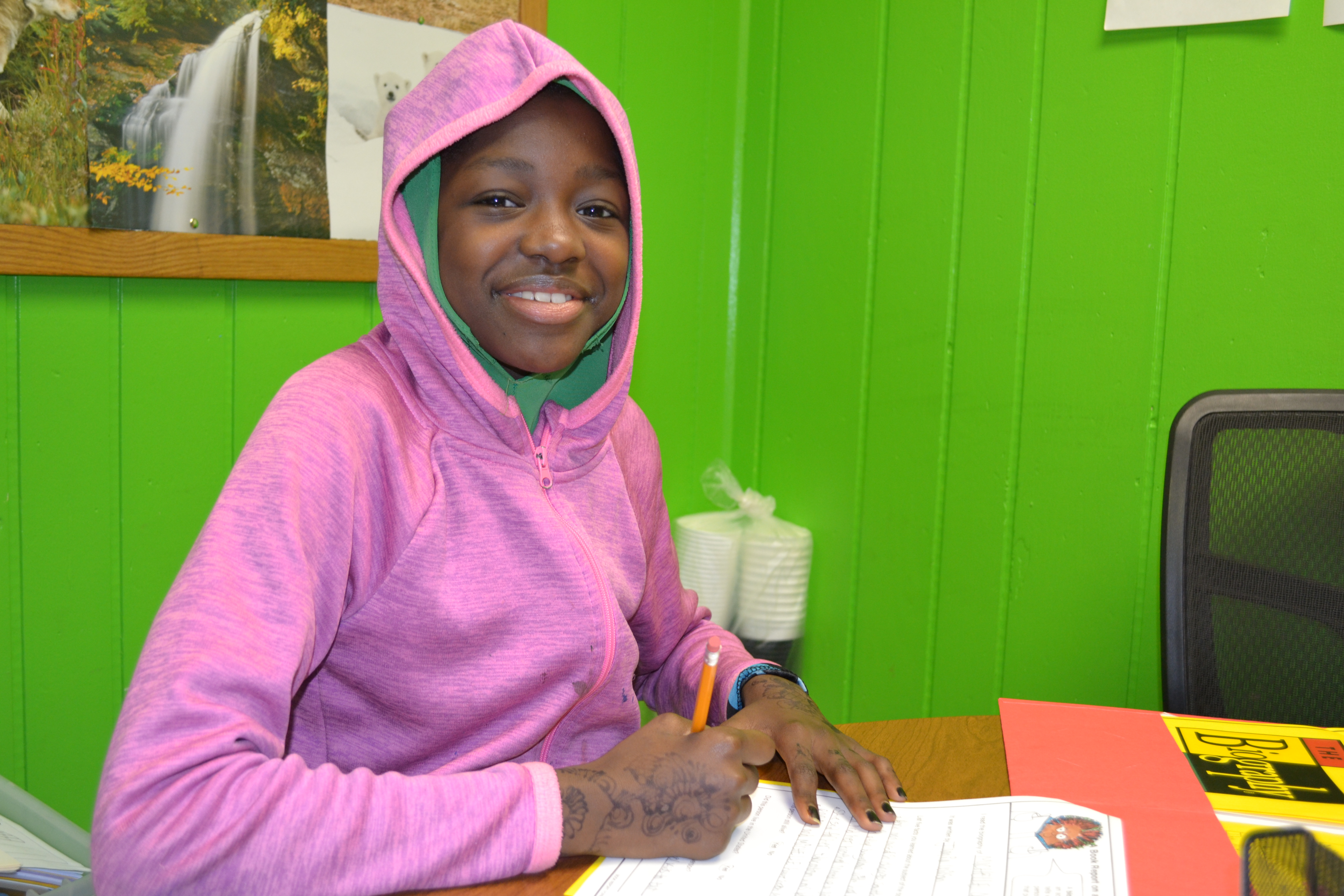 “I like getting to learn new things,” said 12-year-old De’Janae’ McKnight, who was working on a book report about Harriet Tubman. De’Janae’, a seventh-grader at King Science & Technology Magnet School, has been attending the after-school program at “The Sal” for three years, where she enjoys socializing with her friends, catching up with “Ms. Cherri” and reading, writing and drawing.

Under the leadership of Lt. Kenneth Jones and Capt. Sam Nolan Jones, enrollment in North Corps’ after-school program has more than tripled, increasing from fewer than 40 kids to 144 registrations in the last year alone.

“We knew when we first started that we wanted to offer a safe place for kids, but we also felt like we had the capability to do more than that,” said Capt. Sam. “Literacy is obviously an issue, so we wanted to stand in the gap there. We also try to work on specific areas where kids are lacking – whether that’s academically, emotionally or behaviorally – to make connections for them and encourage them.”

Many of the kids enrolled in the after-school program enjoy playing basketball, volleyball and dodgeball in the gym, but under Loftin’s direction, others focus on academics and life skills.

Eleven-year-old Isha Abdullahi appreciates the quiet time she gets after school at The Sal. The sixth-grader at King Science & Technology Magnet School has seven brothers and three sisters, and her mother works full-time at a local daycare. “There’s nothing to do except watch TV at home,” she said. “Coming here is much more interesting.”

“You have those who like to be active and are into sports,” said Loftin. “Then you have those who are quiet and like to sit down and concentrate on something. They want to be here, but we also had to find something to help them want to remain here.”

Loftin created a rewards system in which students earn gift cards for reading and writing a book report for a certain number of books. The program emphasizes literacy, but it also helps the students learn life skills like time management, responsibility and focus.

“I’m very businesslike in my approach,” said Loftin. “I expect them to be on time, I set a deadline, and they are rewarded on ‘payday.’”

North Corps staff have also been trained in what Capt. Sam calls “the love and logic approach.” “We try to communicate to kids why we don’t want them to do certain things and why those actions have repercussions,” she explained. “We also model what it looks like to make a mistake, take ownership of that mistake, and then move forward into restored relationship.”

Whether it’s on the basketball court, at the lunch table, in Ms. Cherri’s study room, or working one-on-one with Lt. Kenneth or Capt. Sam, kids in the afterschool program at North Corps are getting the attention, love and guidance they need to grow and thrive. “The bottom line is that we are focused on relationship-building,” said Capt. Sam. “And because of that, it’s easy to see the transformation taking place, even day to day.”