Flood-Relief Efforts Expanding in Southwestern Iowa and into Arlington, Nebraska 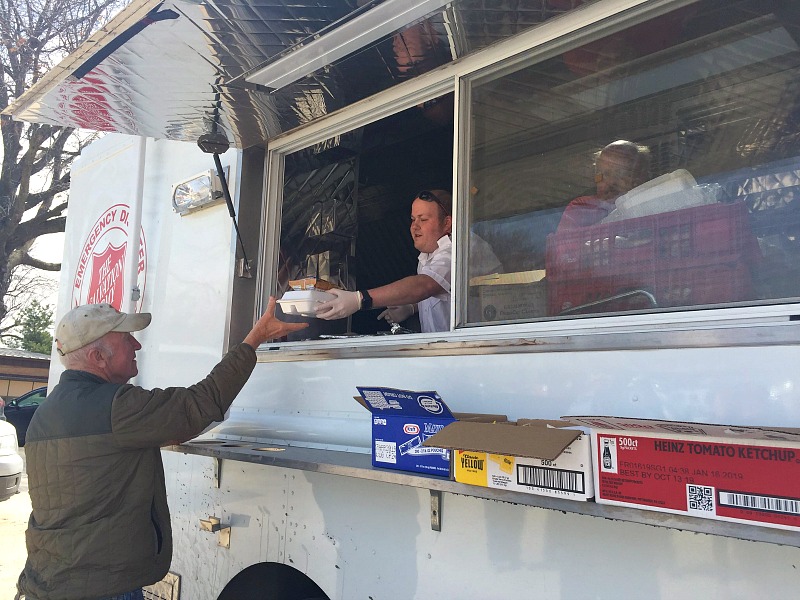 The Salvation Army Western Division’s three-state flood-relief effort is now in its fourth week. Here are the latest new developments to report in addition to updates on ongoing work.

Service totals for the overall relief effort through March 30 are as follows:

The following is a review of progress for Friday, April 5, and a brief look ahead at what’s set for the weekend of April 6-7:

In Fremont: The team plans to offer food service in nearby Arlington, Nebraska, this weekend to support a community cleanup effort there.

In Council Bluffs: Officers, staff and volunteers served meals and did casework in Mills and Fremont counties on Friday, April 5. Plans call for the Council Bluffs team to serve approximately 250 meals for lunch on Saturday and Sunday, April 6-7, in Hamburg, Iowa. In addition to ongoing lunchtime services, the team plans to begin dinner service in Hamburg on Friday, April 12.

In Sioux City: The team continued to provide food service in the nearby community of Hornick, Iowa. They also did casework at the corps in Sioux City, where they’ve been providing flood-relief items to the public through their Disaster Resource Center.

In Omaha: Personnel from the Kroc Center continued food service operations Friday in the communities of Chris Lake and Hansen Lake, south of Omaha, as well as in Hawaiian Village.

In Norfolk: Norfolk-based officers traveled to the community of Verdigre, Nebraska, on Friday, where they did casework and will be providing financial assistance.

In Grand Island: The team there worked Thursday, April 4, in the community of Wood River, Nebraska, where they provided financial assistance to families.