Helping Others is a Lifeline for Longtime Volunteer Mary Marion 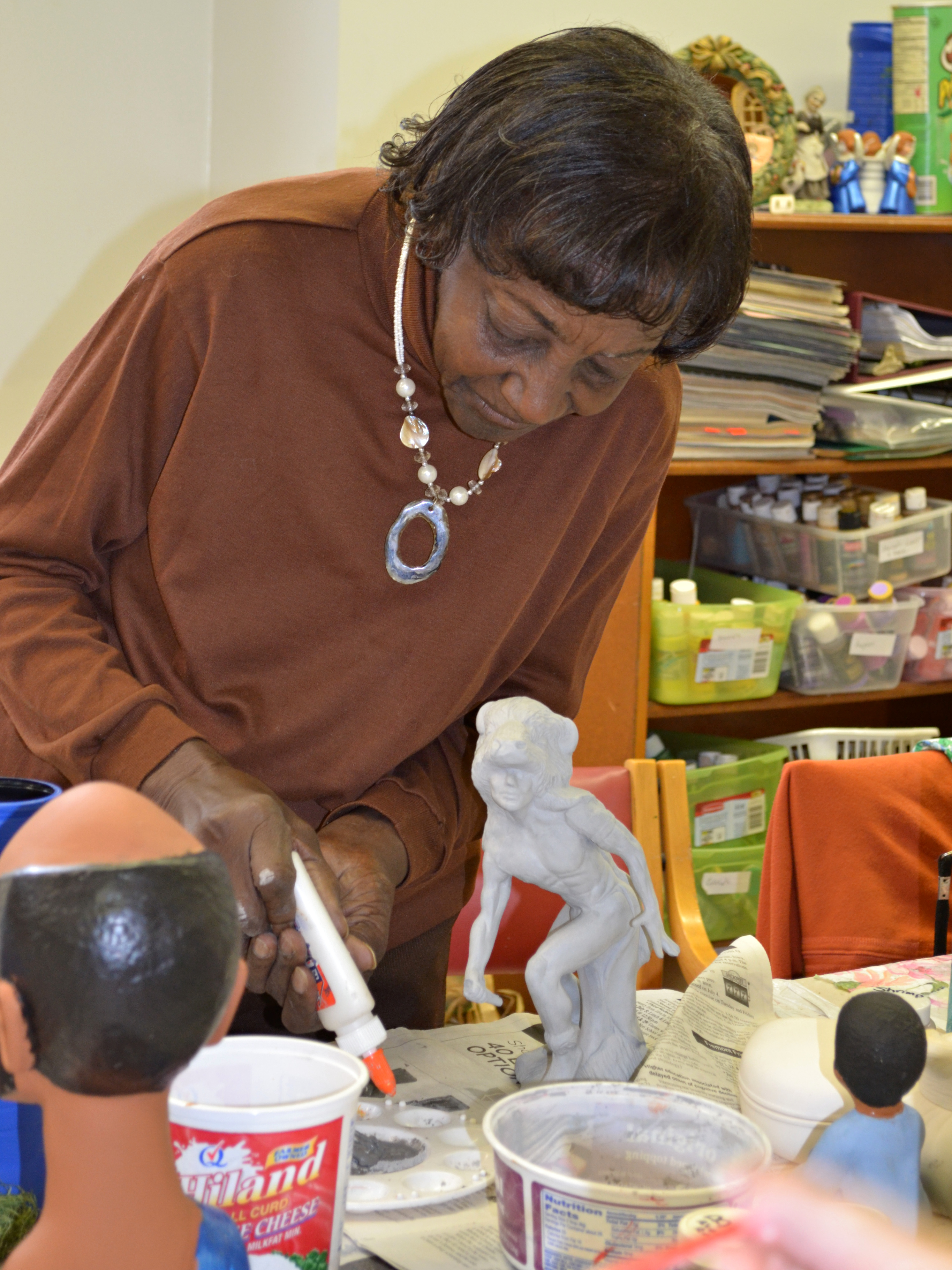 Stop by The Salvation Army’s Dora Bingel Senior Center on a Wednesday or a Friday, and you’ll likely find 78-year-old Mary Marion firing ceramics pieces in the kiln or helping one of her students select the perfect paint color. Marion, who was recently awarded the Lifetime Service Award by The Salvation Army of Omaha, has been volunteering at the senior center on Cuming Street for 24 years.

Marion first began visiting the Bingel Center decades ago when she would bring her mother, who was also a ceramics instructor. Later she learned the skills and began volunteering as a ceramics teacher herself.

Last February, when her doctor suggested she step back from volunteering after she started twice-a-week dialysis for kidney disease, Marion refused. Her volunteer work is a lifeline for her, and it’s clear her ceramics students treasure spending time with Marion as well.

“Mary is a very patient, very kind person,” said Cindy Schlegelmilch, coordinator at Dora Bingel Senior Center. “She makes people feel like they can accomplish a beautiful work of art because she is right there helping them.”

Kidney disease isn’t the first hardship Marion has survived. She raised eight sons, mostly as a single mother, and three years ago, her beloved granddaughter, Darnesha, was killed in a drive-by shooting. She still misses her “baby girl” every day, she said, but she’s found comfort and companionship among her friends and her ceramics students at the Dora Bingel Center.

Volunteering is such an integral part of who she is, Marion doesn’t think twice about it, but her family and friends were thrilled that her long-time service was honored by The Salvation Army at the September reception. “Everyone was so happy about the award,” she said, smiling shyly. “My son cried. He’s just a big ‘ol cry baby.”

Award or not, Marion plans to keep volunteering at the Dora Bingel Center for as long as she can. “Teaching ceramics is fun and it keeps me busy,” she said. “And it’s just nice to have a place to come.”