Knit with Love and Prayer 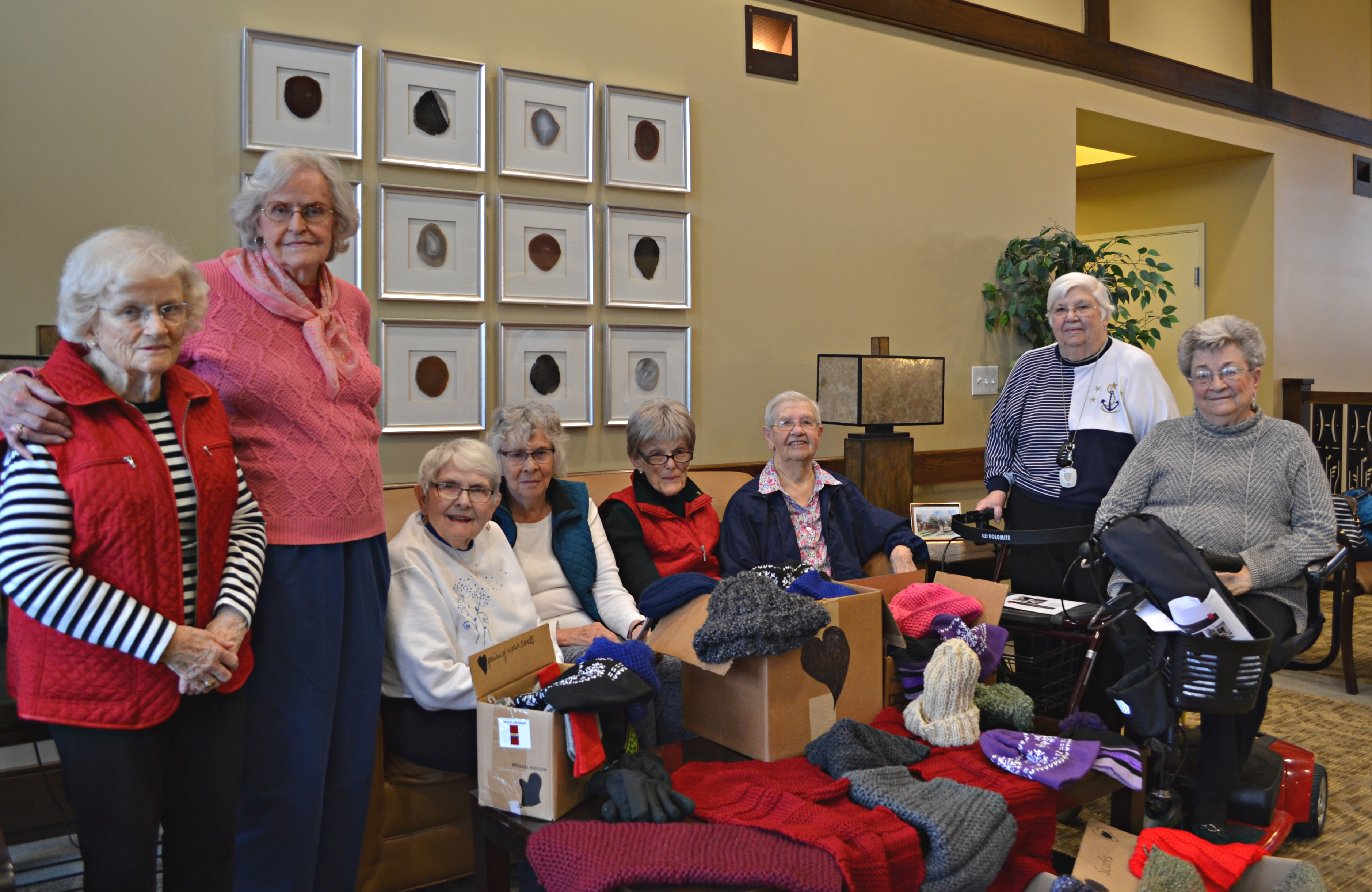 Anyone who has spent more than a few minutes outdoors on a frigid winter day or night knows that a warm hat and gloves can make all the difference. Mary McFadden and her friends at The Heritage at Sterling Ridge are giving their time and talent to make that difference by donating dozens of hand-knit accessories, which will be distributed to those in need on The Salvation Army’s Winter Night Watch routes this winter.

Mary’s idea for the Winter Night Watch knitting circle was sparked by two seemingly unrelated incidents. Last winter, someone she cared about was sitting at a bus stop on Dodge Street on a freezing morning, when a woman pulled over and handed him a hat and scarf out her car window. That small act of compassion touched her and triggered a memory from several years earlier, when Mary saw a Salvation Army mobile canteen distributing food and clothes to people in need in downtown Omaha.

“I put two and two together,” said Mary. “We know we can’t drive down Dodge Street putting hats on people. But The Salvation Army…that’s what they do, so we can help provide what they need.”

From the beginning of December until the end of February, Winter Night Watch distributes hot meals along with coats, hats, gloves, socks and blankets five nights a week to men, women and children in need – many of whom are homeless. The program, now in its 32nd year, provides approximately 16,000 meals and 12,000 winter outerwear items each season.

Mary spread the word about the Winter Night Watch knitting circle at The Heritage, and before long, she had gathered a group of eight knitters. “Everyone was familiar with Winter Night Watch, so it was easy to get people interested in the knitting group,” she said.

For the last two months, the women have met weekly to make dozens of hand-knit hats and scarves. Beginning Dec. 2, their handcrafted accessories will be distributed by volunteers who staff the Winter Night Watch mobile canteens.

The ladies say a prayer while they are knitting for whomever will receive the hat or scarf. “We like to think that the people who receive these items are wrapped in prayer,” said Mary.