Leading By Example: North Corps Employee a Mentor to Many 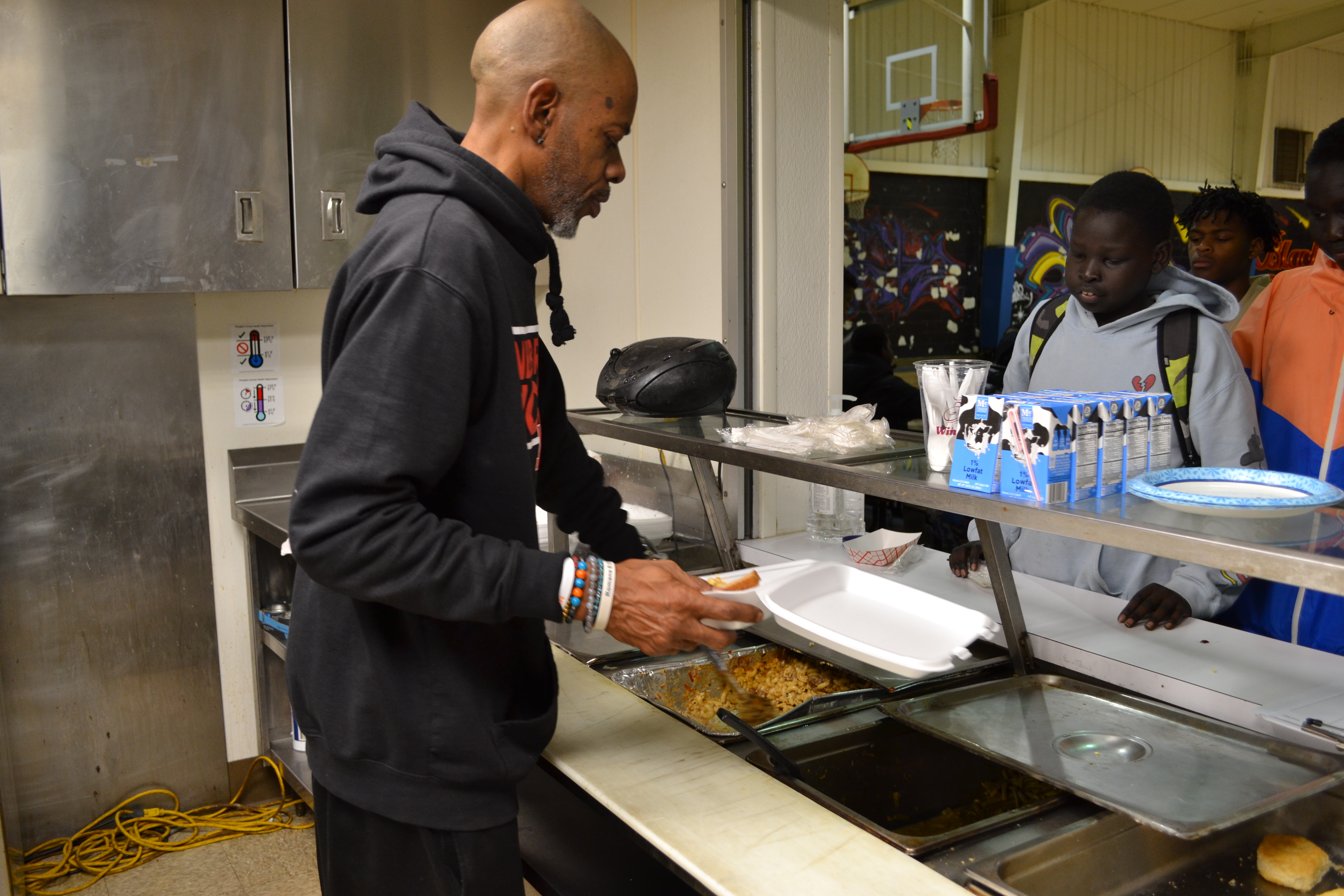 For Scott Harris, assistant director of sports and recreation at North Corps, it’s all about the kids.

“My mom always said I was drawn to kids — talking to kids, coaching, mentoring,” he said. “I just have always liked working with kids.”

Working with kids is exactly what Harris has done for the last 30 years — at the Boys and Girls Club, at the Butler Gast YMCA and, for the past five years, at North Corps — and he can’t imagine doing anything else.

“My primary job, in addition to sports and rec, is mentor—father figure,” said Harris, who grew up in North Omaha and spent hours every week at “The Sal” as a kid. “A lot of these kids don’t have a male figure in their lives, so I keep it real, and I don’t sugarcoat it. I listen. And now they come to me. They want to talk to me.”

Beneath his sometimes-gruff exterior, Harris has a tender heart. He keeps a duffle bag under his desk filled with new socks, underwear, deodorant and toothpaste for kids who might need them. When he’s not on the basketball court or dishing up food from the kitchen, he can be found in the back room, laundering hoodies and sweatpants so the kids have clean clothes to wear.

Harris initially reconnected with North Corps several years ago as a volunteer, running the shot clock for the men’s basketball league on weekends. A basketball and track star in high school and college, he still plays basketball twice a week in the North Corps gym. He started working at North Corps in 2017 and is grateful to be able to contribute to the community that is such an integral part of who he is.

“I’m thankful to have a job in the neighborhood I grew up in. I couldn’t ask for anything better,” he said. “I want to see my community flourish. I live here. I work here. I don’t want to go anywhere else.”