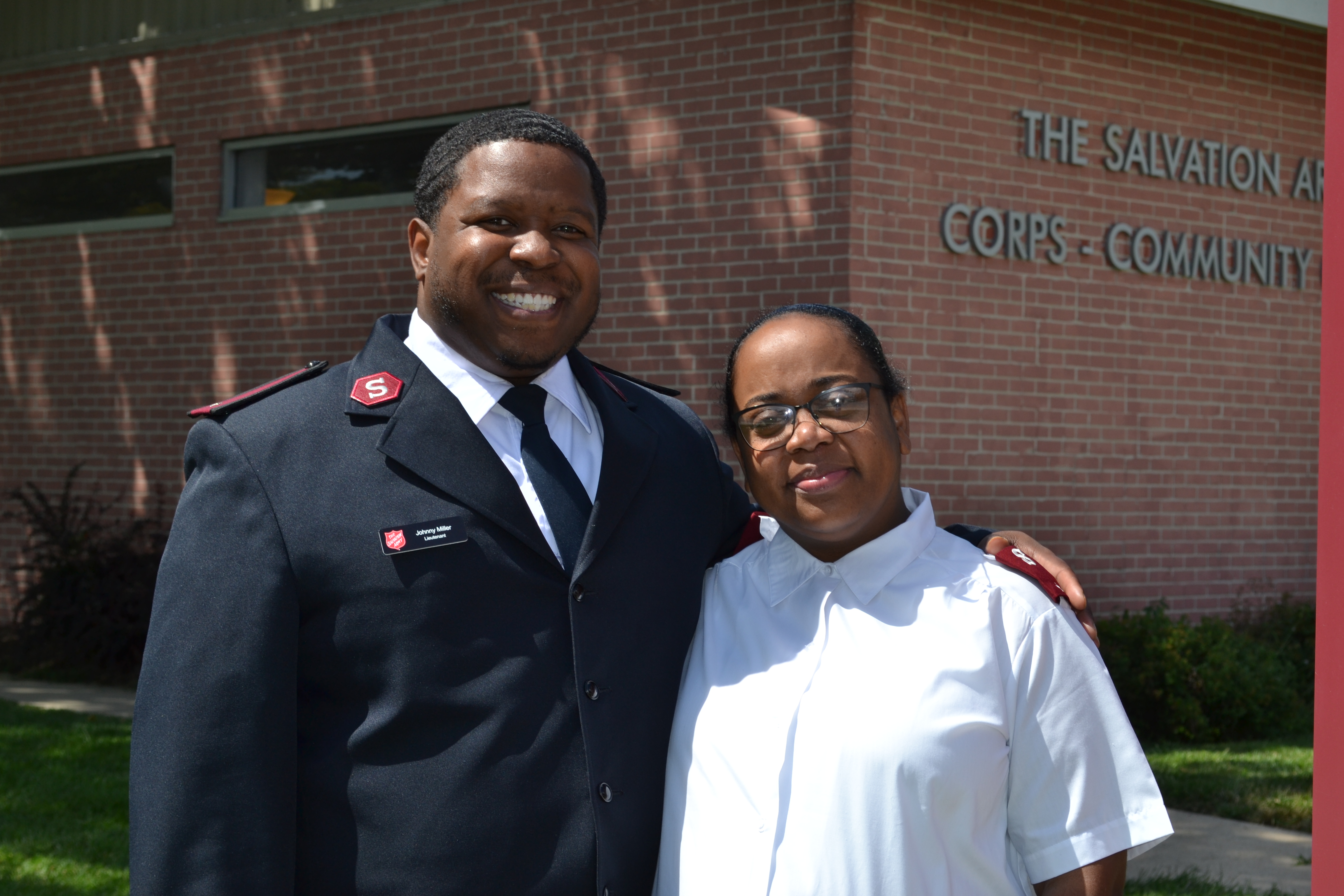 Over the next three weeks, we will be introducing our new officers in Omaha. Today we welcome Lt. Johnny Miller and Lt. Marsha Williams-Miller, who are serving at the North Corps Community Center.

Lt. Johnny Miller and Lt. Marsha Williams-Miller didn’t initially intend to commit their lives to The Salvation Army. Back in 2016, Lt. Johnny was planning to attend a Christian college, and Lt. Marsha was working as a nanny. But when a friend suggested they check out the local corps community center in Chicago, where they were living at the time, the Millers knew almost immediately that they had found their calling.

“We felt like we were home,” recalls Lt. Johnny. “When we got in the car afterward, we looked at each other and said, ‘This is the place we need to be.’”

Upon graduating from The Salvation Army’s College for Officer Training (CFOT) in Chicago this past June, the Millers were assigned to the North Corps community center.

“This appointment is everything we prayed for,” said Lt. Marsha. “God has been very strategic in everything He has been doing.”

Lt. Johnny agrees, noting that his background is particularly well-suited for their appointment in North Omaha.

The lieutenants met 11 years ago when they were both volunteering on a telephone prayer line – he in Wisconsin, and she in Chicago.

Lt. Marsha wasn’t expecting to find love on the prayer line either.

“I had made up my mind that I was going to live the rest of my life by myself -- just me and my daughter,” she said. “But God said, ‘I have other plans for you.’”

The two will celebrate 10 years of marriage in February. The Millers have two daughters -- one in elementary school and one in middle school -- and are expecting a son this winter.

Lt. Johnny and Lt. Marsha are excited about all the possibilities and opportunities that are ahead of them at North Corps. Above all, they are eager to see what God will do.

“We told our staff in our meeting today that great things can happen here in Omaha,” said Lt. Marsha. “God plants a seed in each of us, and He has a vision for our lives. We want people to know they are whole people, and we want them to see who God created them to be.”