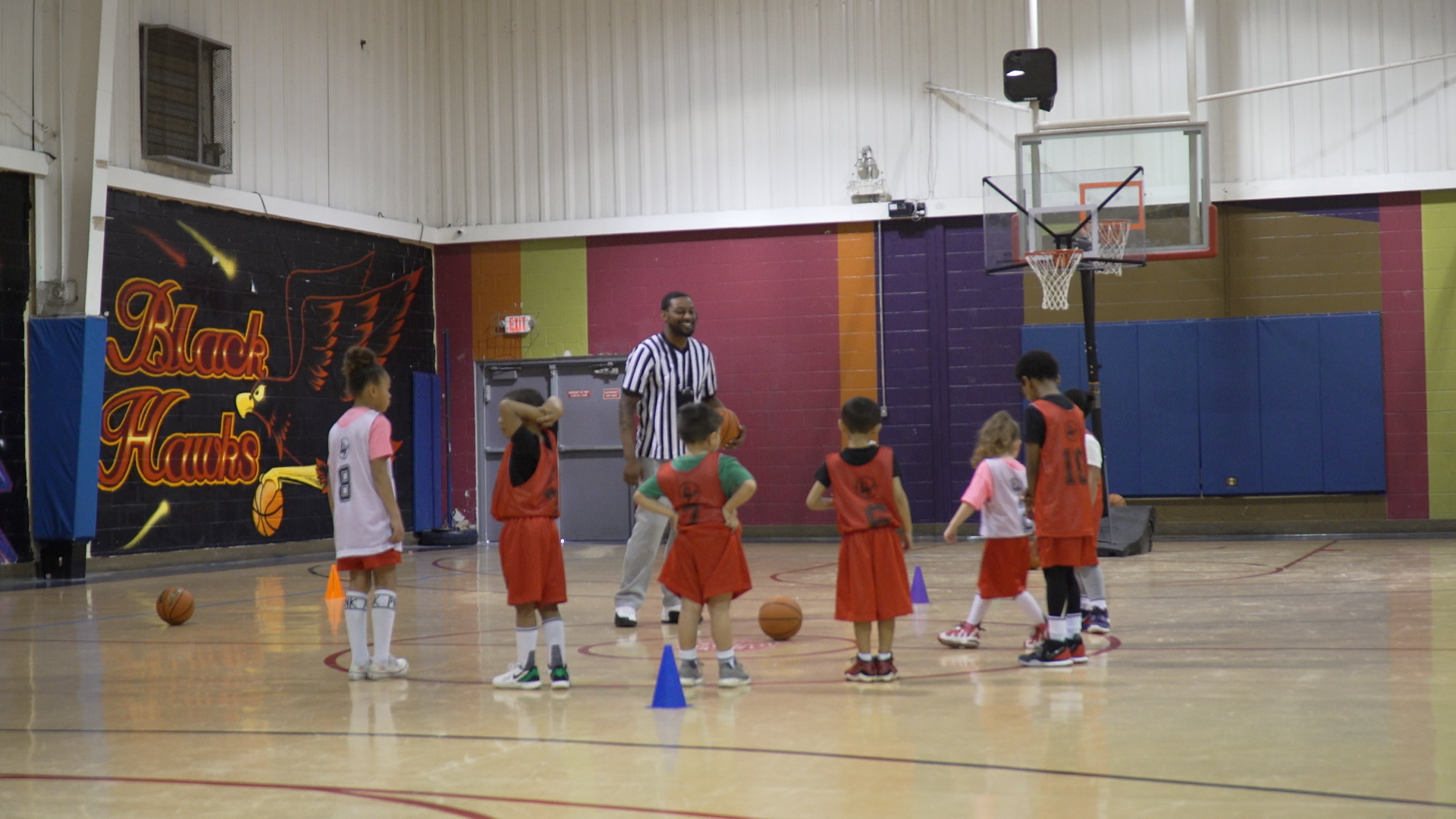 For most of us, teaching rudimentary basketball skills to a dozen kids under the age of 8 might feel a lot like herding cats, but Community Center Director Josh Jones isn’t the least bit fazed. In fact, the former Creighton basketball star is clearly in his element, grinning as he encourages, instructs and disciplines the kids on a Saturday morning at The Salvation Army’s North Corps.

Jones is coach of ABCDevelopment, a new basketball program for boys and girls in kindergarten through third grade. The program was launched this past winter but was paused in late March due to the COVID-19 pandemic. North Corps officer Lt. Kenneth Jones hopes to resume ABCDevelopment this coming winter.

“We give kids a safe place to play, have fun and learn some basketball skills, but it’s also a means to an end,” said Lt. Jones. “While they’re out there having fun, we’re also helping them build character and grow their communications and leadership skills. We are preparing them to be future leaders in our community.”

Kynlee Minnifield, age 7, couldn’t agree more. Though she loves practicing her jump shot, she’s also learning that basketball is a team sport. “You don’t just think about yourself when you're playing basketball,” she observed. “You think about your teammates. You help them and cheer them on.”

“I’ve seen my child’s self-esteem go from low to extremely high in the seven weeks she’s been in this program,” said Kynlee’s mother, Keiante Westbrook, who stayed to watch her daughter practice. “She’s confident. She knows what she’s doing out there. I’m really proud of her.”

Beginning this fall, North Corps will partner with Nebraska Hoops Elite, a sports-based youth development and educational nonprofit in Omaha, to expand its basketball programming to middle and high school girls. “We’re scouting and recruiting girls from the community this summer to build a team for the season that will start in October,” said Lt. Jones. “We are really looking forward to this partnership and the opportunity to expand our basketball offerings.”

As ABCDevelopment practice winds down on Saturday morning, Jones calls the kids to “circle up” in the center of the court, reminding them, “Basketball is fun, and you like it, but you also have to remember to work hard on and off the court. Respect your parents, respect your teachers, stay focused in the classroom and stay out of trouble.”

Jones is still smiling as he dismisses the kids to their parents waiting on the sidelines.