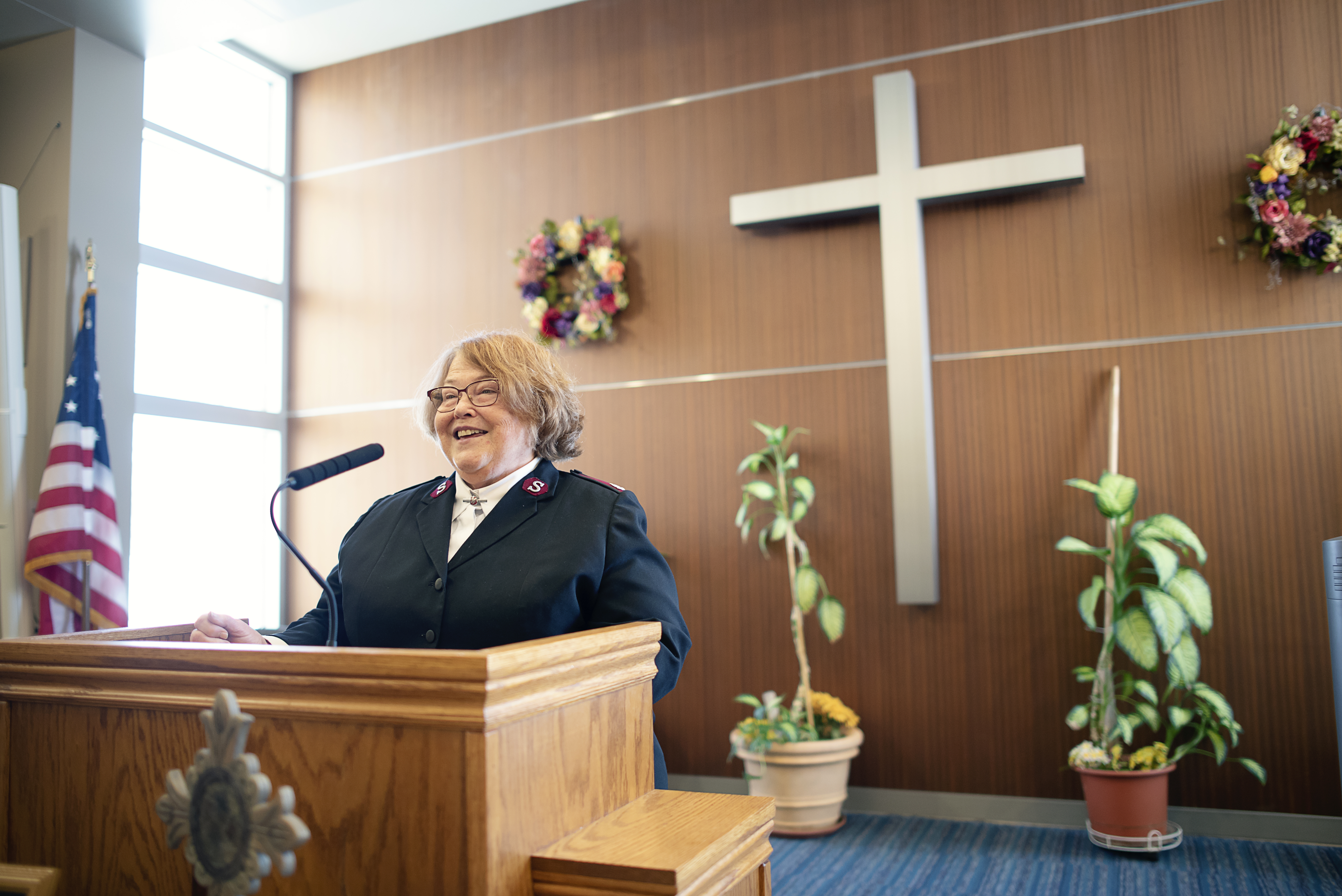 During her very first week as the new corps officer in Council Bluffs, Maj. Donna Miller knew she was witnessing something special as she watched members of the community stream into the chapel for a Southern gospel concert. “People kept coming and kept coming,” she recalled. “I realized then that these concerts were more than just entertainment. It was obvious they were a great benefit to the community.”

Maj. Donna and her staff began to offer dinner before each concert, which enhanced community and fellowship at the monthly events. “I made a commitment that we wouldn’t ever charge more than $5 for the dinners because I wanted it to be accessible and affordable for as many people as possible,” she explained. “This isn’t about making money. It’s about meeting a need.”

Three years later, up to 150 guests now attend the dinner and concerts, which often feature nationally known gospel groups. Maj. Donna does all the cooking herself. “It’s my stress reliever,” she said.

“There are people who arrive two hours early, save their seats in the chapel for the concert later, and then enjoy dinner and fellowship with friends. Many come every single month; they wouldn’t miss it,” said Maj. Donna.

Approximately 90 percent of attendees are seniors, many of whom are on fixed incomes. “This is ministry. It’s meeting an important need for lonely seniors,” she said.

Community and collaboration have long been key elements of the Council Bluffs Corps, which is uniquely situated as one of four agencies on the Charles Lakin Human Services Campus. The Salvation Army partners with the Boys & Girls Club of Council Bluffs, Heartland Family Services and MICAH House to meet the basic needs of people in the community.

Because of its unique location and partnership with multiple service agencies, the Council Bluffs Corps also participates in a number of annual campus-wide community events, including the Family Fair in April, which attracts more than 600 attendees; the Back to School Fair in August; and Trunk or Treat in October.

“We are a team, and that’s what makes it work,” said Maj. Donna.

In addition to the Southern Gospel Concert Series and a variety of youth development programs that offer kids of all ages a safe place to thrive as well as positive mentoring and academic support, the Council Bluffs Corps also offers a weekly food pantry, material assistance and Pathway of Hope, a program that helps families break the intergenerational cycle of poverty.

But Maj. Donna, who has served The Salvation Army for the past 42 years in a variety of positions and locations around the Midwest, insists that it’s the people of Council Bluffs who make it such a unique and special place.

“I’ve met a lot of people in a lot of places over the years, and the people here are different,” she acknowledged. “They are willing to stop and really listen. They are willing to try to do everything they can to help. People feel welcome in this place. That’s Council Bluffs.”