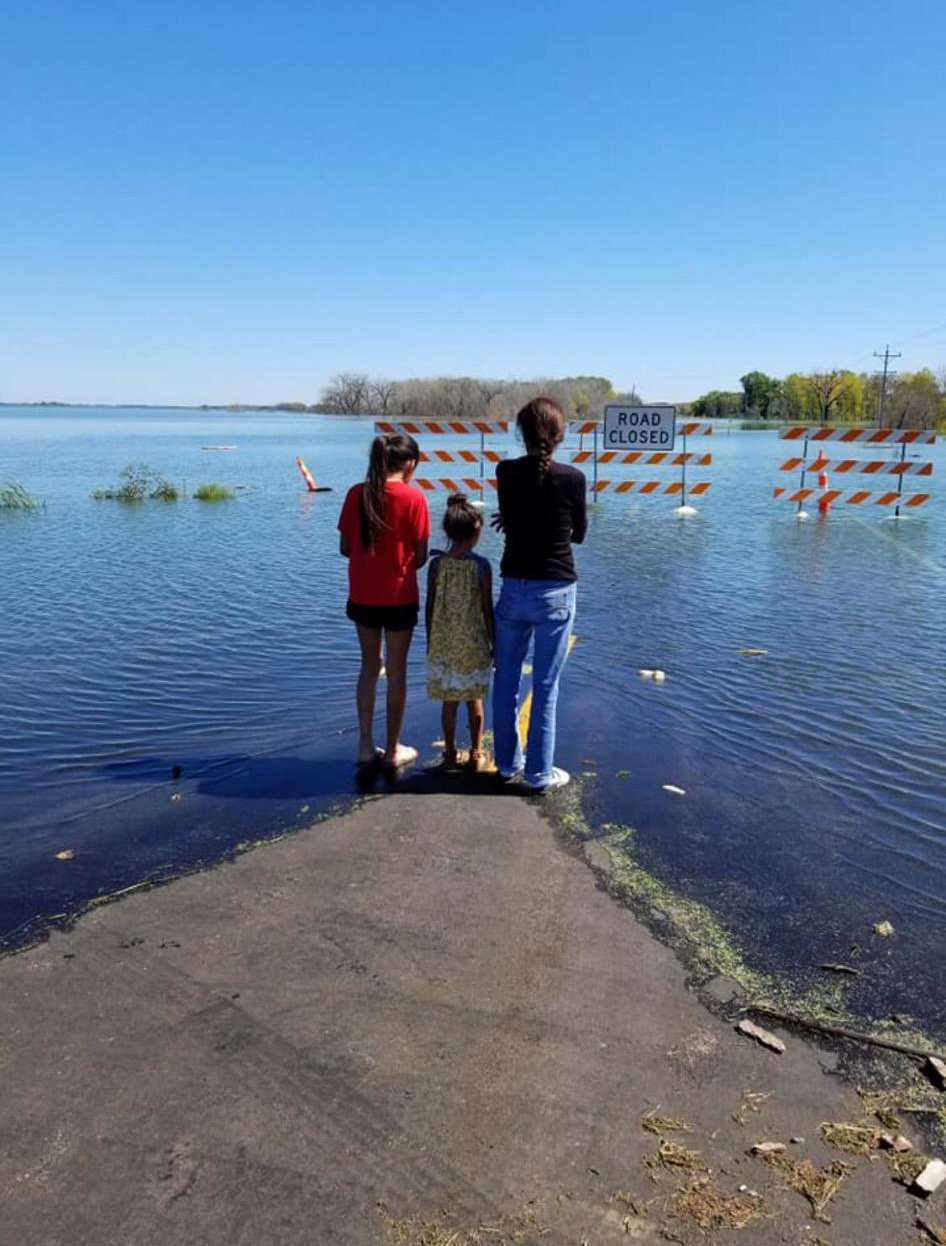 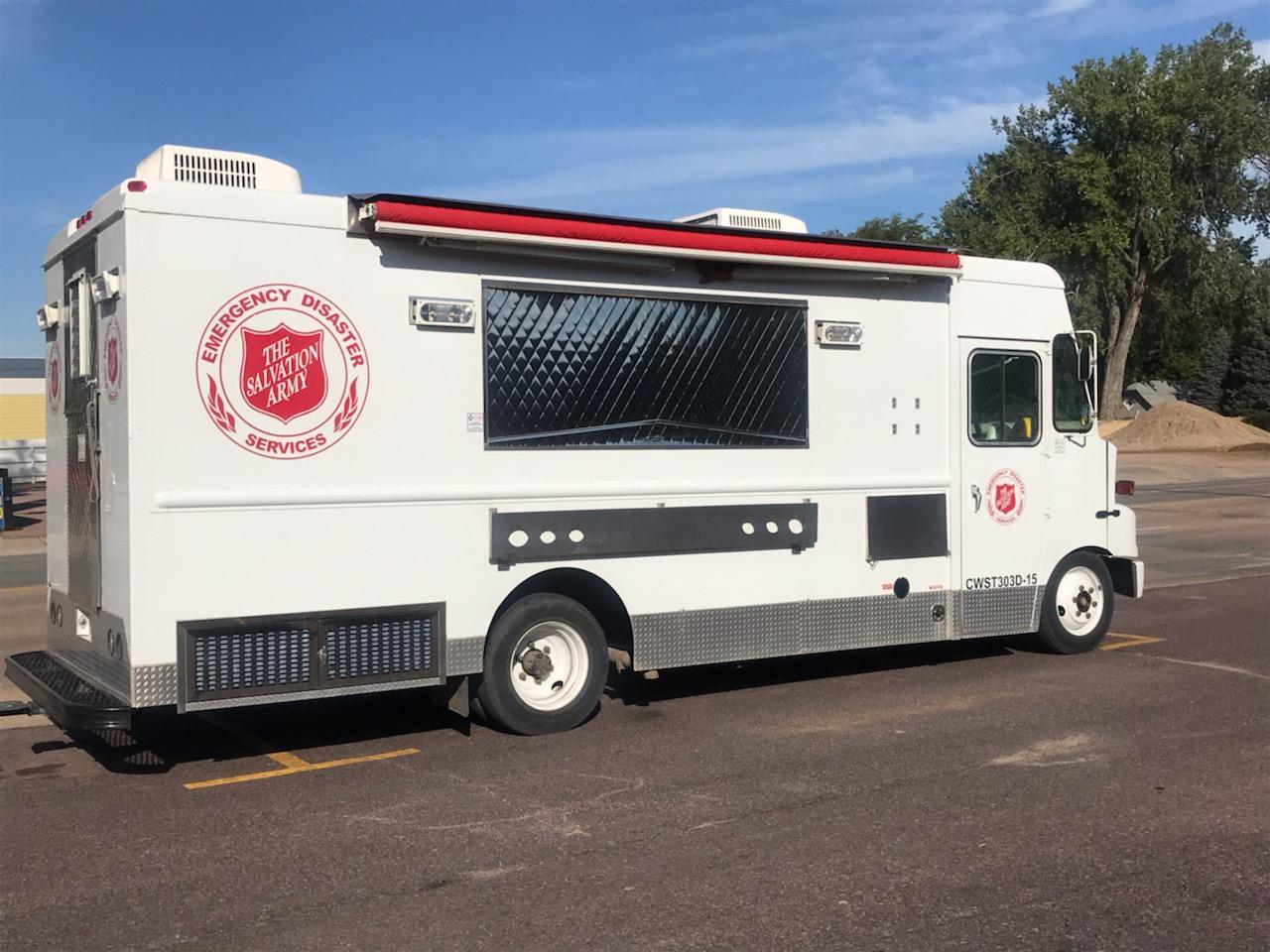 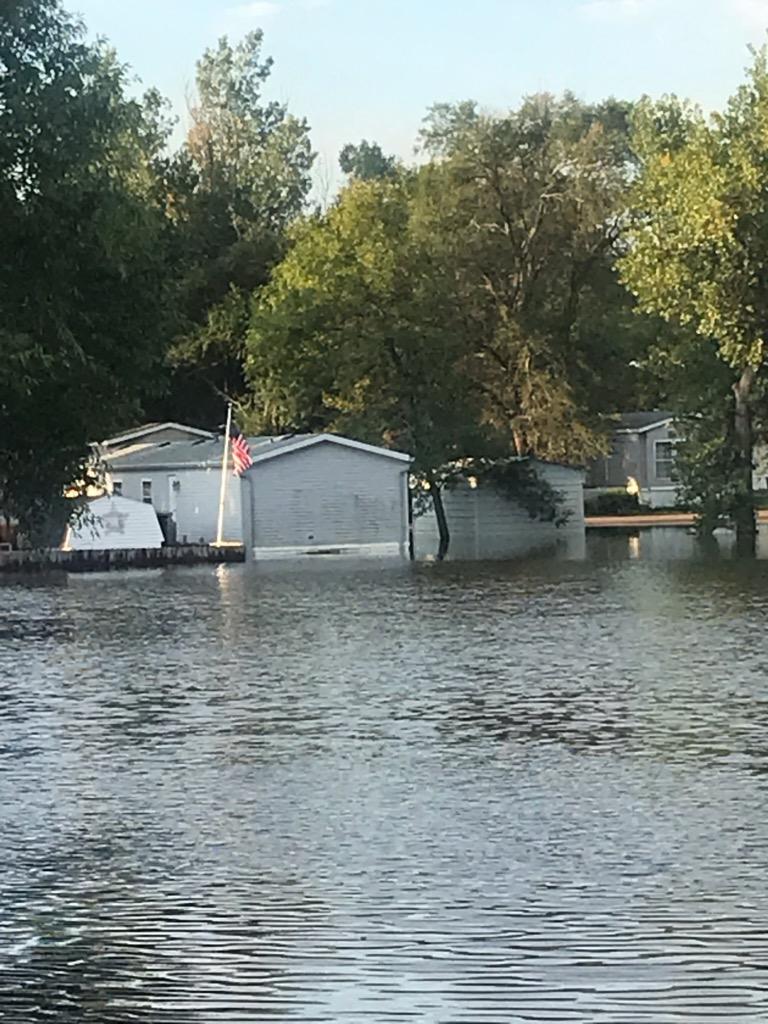 “Our people are hurting right now,” said Dayla Picotte, a member of the Yankton Sioux Tribe (also known as the Ihanktonwan). Severe flooding earlier this spring, compounded by recent storms and more flooding this fall, has resulted in dire conditions on the reservation near the town of Lake Andes, South Dakota, which borders the lake by the same name.

“Homes are underwater, foundations have crumbled, and there’s only one accessible road in and out of the reservation. There’s mud and mold everywhere, and mushrooms are literally growing out of damp walls,” said Capt. Debbi Middendorp of The Salvation Army of Mitchell. “Most of the kids we’ve seen on the reservation are barefoot because they are trying to keep their one pair of shoes clean for school, and many are being bullied by classmates because their clothes smell like mold.”

Among the dozens of flood-damaged properties on the reservation is a site that is sacred to the Ihanktonwan – a stone building where Sitting Bull was held as a captive by the United States Army for a short time on his way to Fort Randall as a prisoner of war in 1881. “There’s water in it right now, and with more rain in the forecast, we expect the damage to get worse,” said Picotte.

A history of negative experiences and lack of assistance from the government and other agencies have left tribal leaders leery of outside intervention and promises to help. The Middendorps, who were installed in Mitchell in July, are working to build trust with the Ihanktonwan. They drove a two-hour circuitous route from the corps to the reservation, detouring around closed roads and highways in order to deliver hot meals to those impacted by the flooding. They’ve also brought soap, detergent and shampoo and cots, blankets and pillows for the shelter that has been set up in the community center.

“We want to do this right,” said Capt. Bill. “The people here feel overlooked and ignored. There’s a long history of disappointment and frustration.” In addition to providing food and flood-relief supplies, the officers have been helping residents with sandbagging to protect the community center from encroaching water, interacting with kids and visiting with people while clean-up efforts continue.

Officers from Rapid City, Huron, Watertown and Western Division headquarters in Omaha traveled to Mitchell to assist with flood-relief efforts. In addition to serving 125 meals a day on the reservation, they also assisted residents impacted by flooding in the towns of Mitchell, Mount Vernon and Spencer, as well as members of the Wolf Creek Hutterite Colony. During the week of September 16, officers, staff and volunteers, including students from Dakota Wesleyan University in Mitchell, served more than 1,200 meals and 2,500 drinks and distributed 330 flood clean-up kits.

Although the 14-hour days are exhausting, Captains Bill and Debbi are grateful for a multitude of blessings. "People from the communities have really pulled together to help one another," said Capt. Debbi. "And without the flood, we wouldn’t have gotten to know any of the Ihanktonwan people. It’s a ministry of presence. We’re glad to be able to be there.”