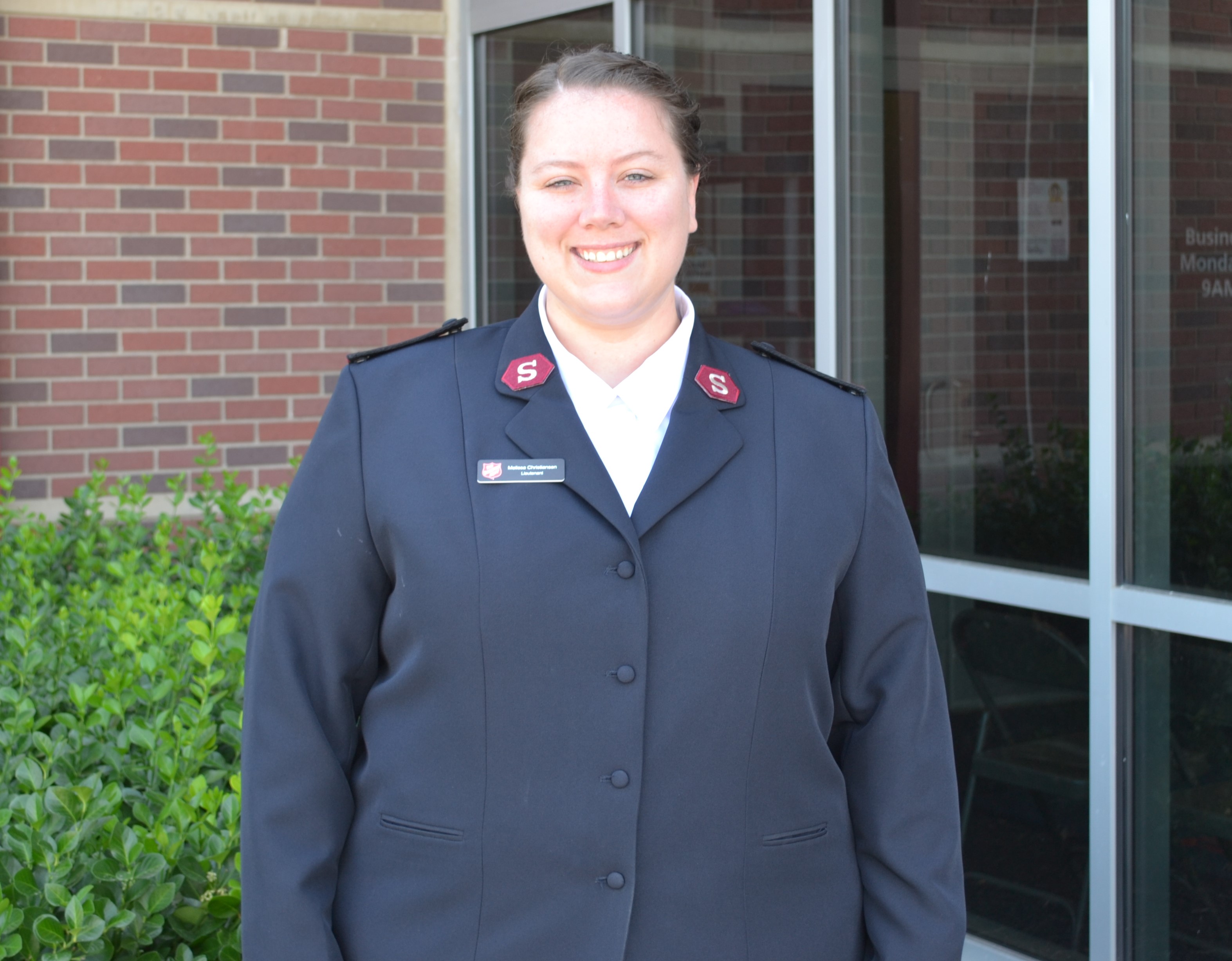 Back when she was a student at Wayne State College, Melissa Christiansen just wanted a summer job. Little did she know at the time, the job she landed as a camp counselor at the former Gene Eppley Camp would open the door to a lifelong calling in ministry.

“I immediately felt at home with the people and The Salvation Army in general,” said Lt. Christiansen, remembering her time at Gene Eppley camp, where she spent five summers as a camp counselor.

Later, while attending worship service at youth council, she felt God call her to officership. “They asked if anyone felt God calling them into full-time ministry,” she recalled, “and I felt the Holy Spirit telling me to stand up.”

Before enrolling in the College for Officer Training in Chicago in 2020, Lt. Christiansen completed a two-year internship at The Salvation Army of Marshalltown, Iowa, where, arriving just six weeks after a tornado had devastated the town, she experienced an Emergency Disaster Services “baptism by fire.”

“I’m not at all happy there was a tornado, but at the same time, the experience allowed me to learn so much that I wouldn’t have under ordinary circumstances,” she said.

Lt. Christiansen and Capt. Pam Kasten, who was the officer in Marshalltown at the time, worked to help residents secure the funding and supplies they needed to rebuild their homes and businesses. A year later to the day the tornado struck, The Salvation Army of Marshalltown hosted a celebration for residents.

“It was so good to see the community rally, recover and grow together,” she recalled.

Lt. Christiansen completed officer training and was commissioned in June. She was thrilled to be assigned to the Council Bluffs Corps, where she has been busy familiarizing herself with the city and the corps.

Lt. Christiansen is particularly excited about putting her degree in elementary education to use. She plans to launch a Wednesday evening Kids Club for youth in pre-K through 12th grade. The weekly program will include dinner plus recreation time in the gym, Bible study and character-building classes. She and her staff are also planning to offer Vacation Bible School August 15-18, culminating with a food truck and an end-of-summer celebration after worship service on August 21.

“The congregation here is really great,” said Lt. Christiansen. “I’ve never been in a congregation where there are so many leaders who are willing to jump in to teach Sunday School and volunteer at events. They are very kind, loving people.”

Lt. Christiansen’s journey will come full circle this week when she and three young campers travel from Council Bluffs to Western Plains Camp in South Sioux City. Back in the wilderness, surrounded by trees and wildlife, she’ll recall her time as counselor at Gene Eppley Camp, where she first felt the initial stirrings of the calling that ultimately led to her vocation as a Salvation Army corps officer.