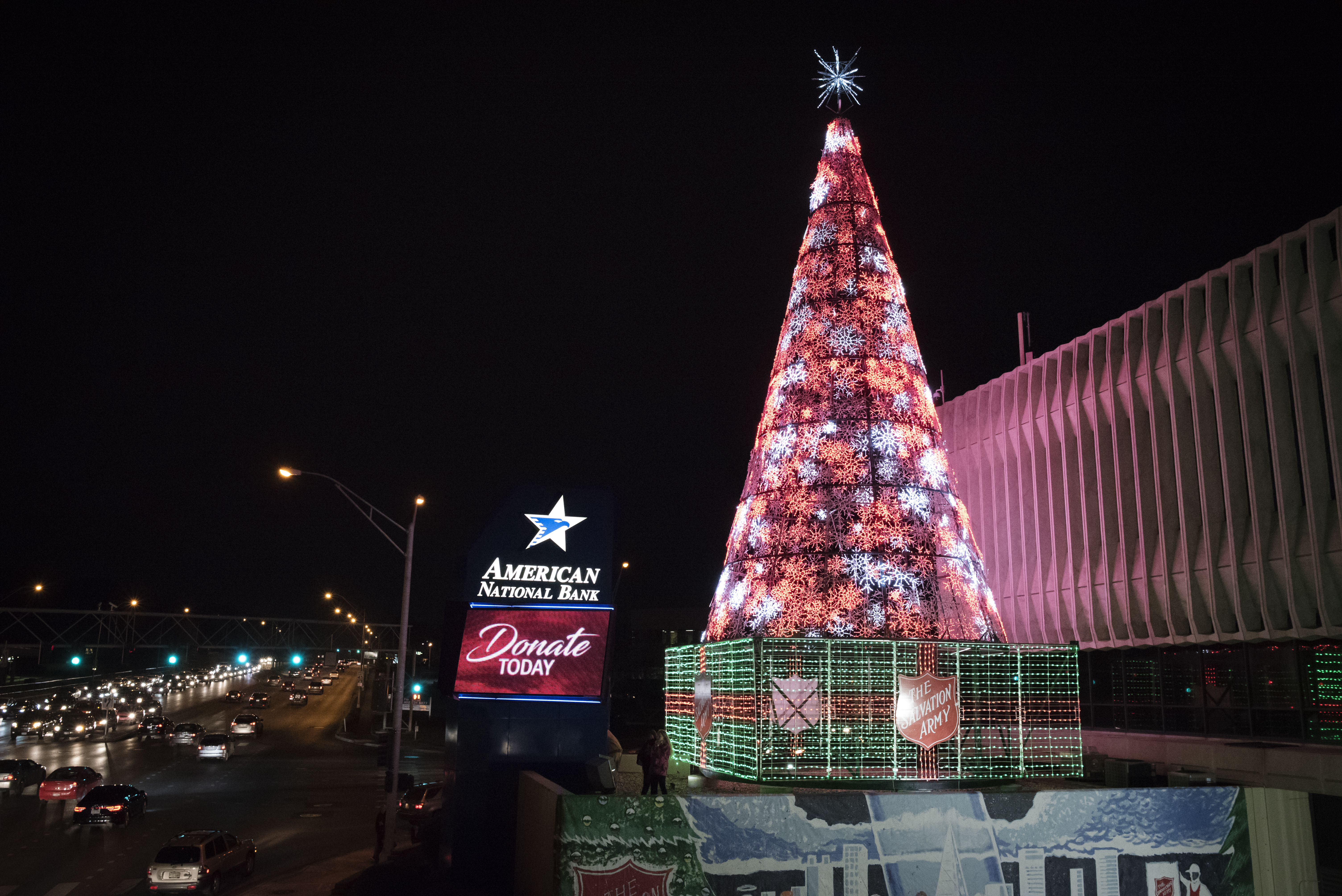 Top Salvation Army Western Division officials announced that the 2019 Tree of Lights Campaign raised a record-setting $3.03 million in donations, besting the $2.95 million raised by the 2018 campaign.

“We could not be more grateful to the Omaha-Council Bluffs community,” said Maj. Greg Thompson, divisional commander. “This record-setting fundraising campaign was only able to happen because of the incredible generosity of people all over the metro area.”

Executive Director of Development Jeff Beckman applauded the efforts of 2019 Tree of Lights Campaign Chairs Dr. Viv and John Ewing. “The Ewings’ tremendous leadership was crucial in pushing this campaign to a record level,” he said.  “We salute them for their hard work and determination.”

What’s more, Beckman said, there was another aspect of the 2019 campaign total which made it all the more remarkable. “This total of just over $3 million was almost a mirror image of the $3 million that The Salvation Army raised earlier in the year in disaster-relief funds during the Flood of 2019.  So many people gave in support of our efforts both during the flood and during the Christmas season—it’s incredible.”

Maj. Thompson emphasized that only a portion of The Salvation Army's overall funding needs are raised by the Tree of Lights Campaign. Additional funding from individual donors—as well as corporate/foundation support—is needed throughout the year to maintain year-round programs and services in the metro.

Contributions to the Tree of Lights Campaign support a wide array of programs and services in the metro, including food, housing, material assistance, youth development, behavioral health, older adult services and anti-human trafficking efforts. Out of every dollar raised, 87 cents goes directly to program support.