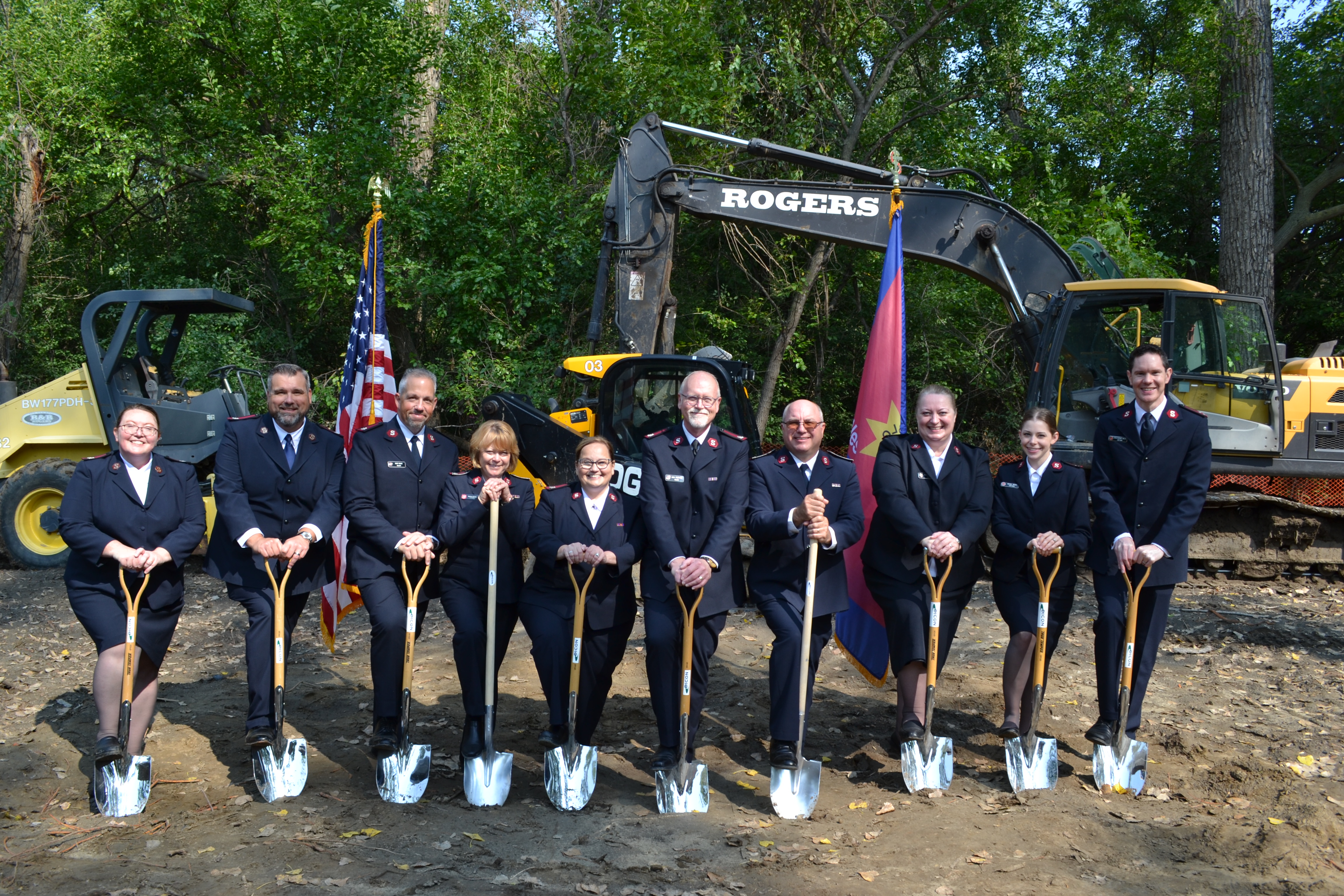 Even as Majors Lee Ann and Greg Thompson stood ankle-deep in mud at the flood-ravaged Gene Eppley Camp in the spring of 2019, they had already begun to dream about the possibility of a new camp where kids could connect with God and each other in the great outdoors.

The majors took another step toward the realization of that dream on Sept. 1, when they joined dozens of community leaders for a groundbreaking celebration at the Western Plains Camp in South Sioux City.

The 112-acre property was purchased in 2020 after the Western Division’s iconic Gene Eppley Camp was destroyed by catastrophic flooding. Phase one of updates to the Western Plains Camp will include upgrading nine sleeping cabins, as well as construction of a new 16-unit lodge to accommodate families and other guests, a nurse’s station and a boathouse. Phase two calls for construction of a chapel and additional lodges.

“This camp is a tremendous blessing,” said Major Lee Ann. “This is holy ground to those of us at The Salvation Army, and we are here today to celebrate the beginning of a new chapter in our camp’s history.”

“The children who will come to this place are looking to us to welcome them as family,” said Lt. Colonel David Harvey. “They will come into this godly space and realize how much God loves them.”

The camp welcomed a limited number of children over the last two summers, but the Thompsons are hopeful that a decrease in COVID-19 cases will allow the camp to operate at full capacity in 2022.

“We have a clear vision for the camp as we move forward,” said Major Greg. “We are confident that as we turn the dirt today, we will also be burnishing The Salvation Army’s nationwide reputation as a premier provider of youth summer camp programs.”